It wasn’t the warmest welcome we’ve ever received pulling into a campground.  Mr. and Mrs. Grumpy the Bear were the camp hosts.  Even cheerful Amelia couldn’t soften up their nicotine fueled sarcasm.  Maybe it was because Collier Memorial State Park was closing in two weeks for the season and they would be without jobs.  Who knows.

Our first night was a thrill.  Lightening that lit up the inside of the Airstream, immediately followed by a booming thunder.  Immediately as in maybe two seconds.  And it went on for several hours during the middle of the night.

The next day, Sept 17th, it was 36 degrees and snowing in Crater Lake.  Though we only caught glimpses of the lake it sure was beautiful. 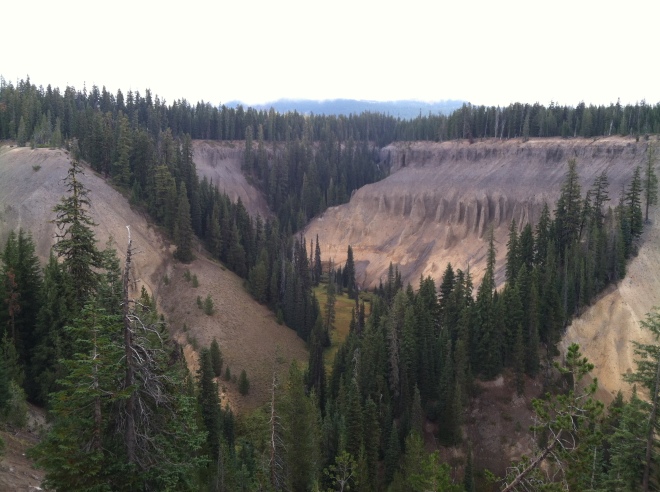 A canyon before the entrance to Crater Lake National Park. 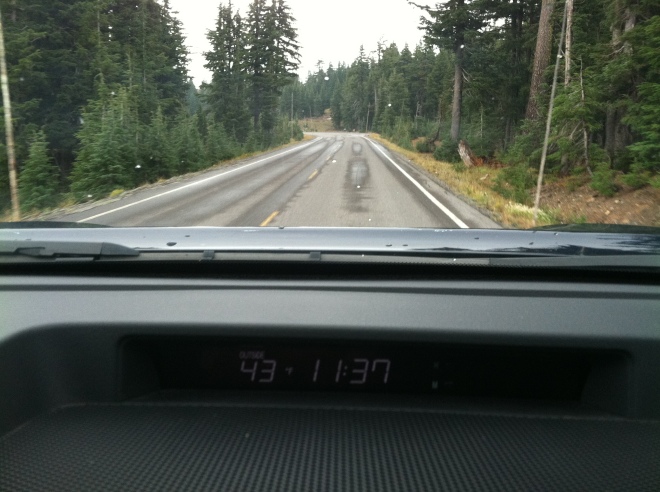 Wooden snow poles with reflector tape. I don’t know if this is an Oregon thing or a National Park thing, but it sure is more aesthetically pleasing than the orange metal poles in Mammoth.

Talk  about role reversal.  Usually I’m the one who’s dying to urinate, but when we got to the rim village overlook Amelia had to go so bad she couldn’t wait.  The weather was quickly changing.  The next 5 photos are what happened in 60 seconds.  She was in the bathroom and missed the only chance she had for the view. 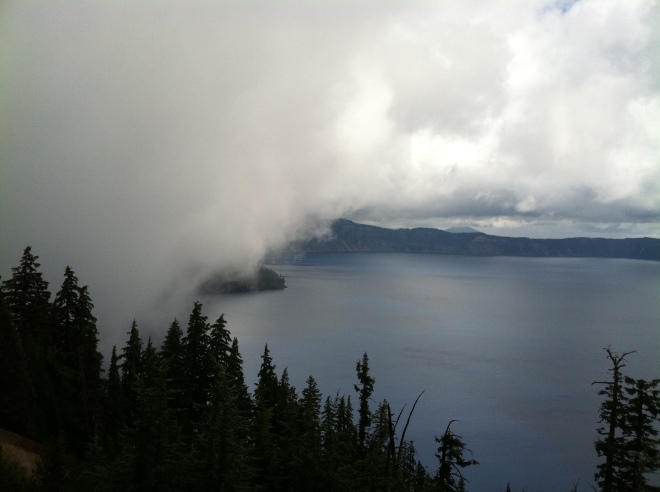 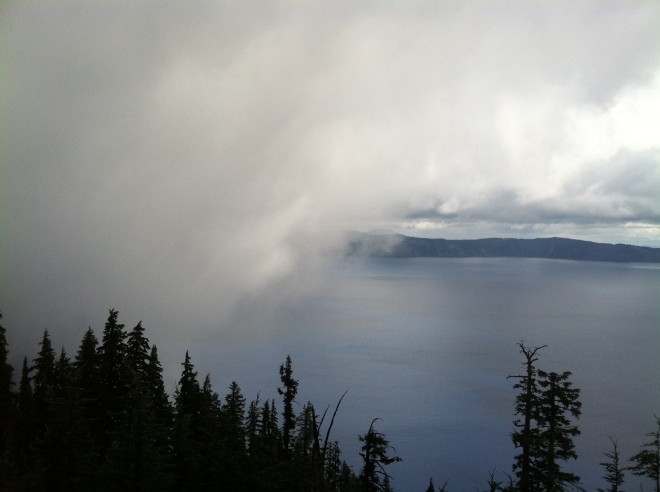 Here’s the rest of the pics.

Pinnacles, in the lower warmer part of the park.

I was lucky and caught a model during a photo shoot for some euro magazine.

5 thoughts on “Welcome to Oregon”