It’s a rare post by the blogger’s wife.  I’ve been told you, the reader, would figure it out right away because I don’t write at all like Greg.  He put the pressure on so I enlisted some help from my poetry writing kin.

I drove 11 hours and 15 minutes to get there and 15 hours and 30 minutes to get back, but it was well worth it.  My dad’s third wife and my later in life stepmom, fondly called Geanie Geanie, lives in Fortuna and her son and his family live close by in Redway.  I spent five fabulous days with them.

Geanie and I thoroughly enjoyed ourselves at Trinidad State Beach.  The fog was rolling in and out as we walked through the warm sand collecting drift wood and shells while admiring the huge rocks and plants clinging to them and the cliffs.  We also visited Patrick’s Point State Beach, which had incredible views from multiple spots. 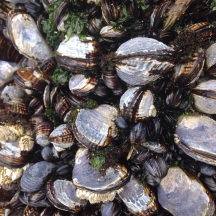 We arrived at low tide
the sandy shore was long and wide
captured on it’s Eastern side
by rugged bluffs in camouflage
hidden beneath a hodgepodge
of needled trees and some with leaves.
Woven through with hanging vines
sipping fog’s dewy wine. A drink
shared with flowers
in yellow, purple and pink.

Sentinels of rocks on the exposed shore
(We’d never seen up close before)
wore their geology
scarred and dark with history.
Growing on their lower side
was sea life nurtured by the tide,
but up high where it was dry
Succulents flowered in the sun
Nature showing it can be done
Diversity works for everyone.

This was our view from the bench where we had a lovely lunch just out of the fog . 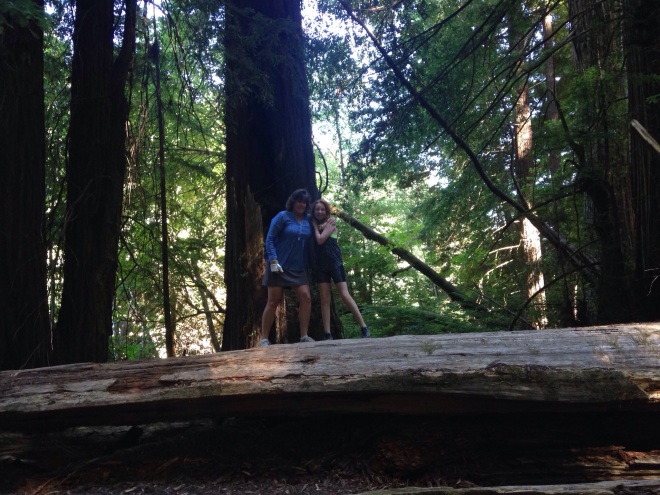 Delaney and me atop a huge fallen redwood in Rockefeller Grove.

Geanie, James, Francine, and Delaney on the Eel River.

One day we piled into the Subaru and headed out to the Lost Coast.  So beautiful!  Within the first ten minuets of our hike Delaney had composed a poem especially for this blog.

Can you feel ocean breeze

as it tickles your nose with ease?

Listen to the little bird’s song,

can you try to sing along?

Look at the sea foam in the waves

as it crawls into hidden caves.

Look closely at the wild flowers

as they change through the hours.

You hope and wish the clouds will shoo

to show the sky’s brightest blue.

This is what I love the most

about walking throughout the Lost Coast. 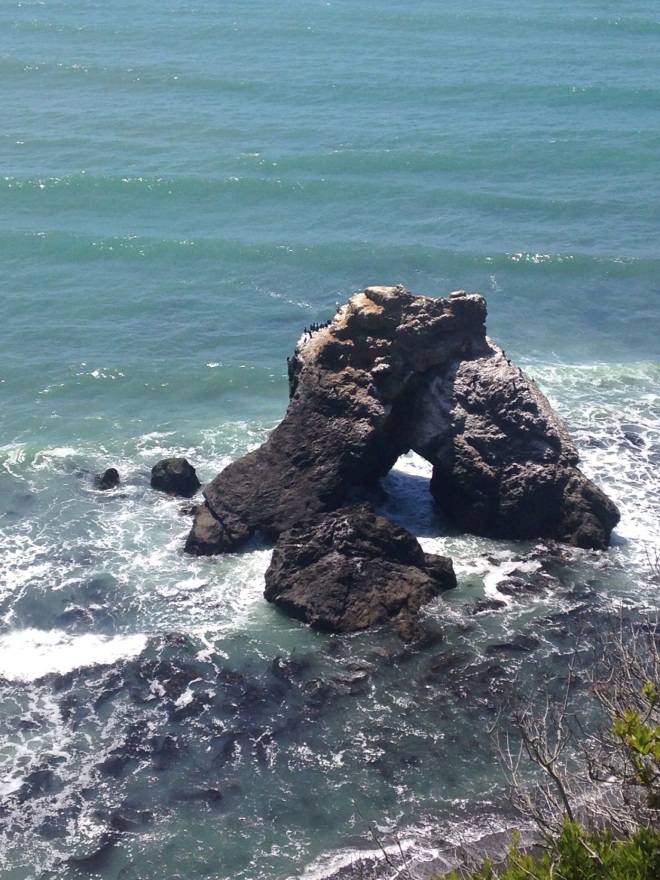 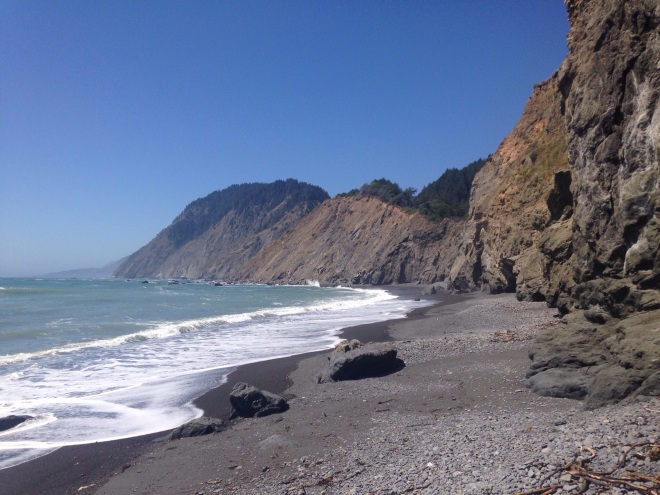 7 thoughts on “Worth the Drive”