Ok, when did this whole Fall Break thing for the kids begin?  Didn’t school just start?  Do they really already need a break?  Apparently that was a contributing factor to how busy Hurricane was.  This is our first visit in the fall, and the busiest we’ve seen the town.

We had a nice group of six.  Pat came down from Bend, Oregon.  The rest of us from SD.  Bill, Marlene, and Pat’s brother, Dan.  I beat Amelia to the punch and invited a couple we met at the RV park, Scotti and Kristy from Winter Park, Colorado, on Sunday’s ride.

There were just a few bruises, abrasions, and some blood.  Marlene jacked up her shoulder, so she left early and missed Sunday’s ride.  But really, nothing serious happened to anyone, so it was a successful trip.

We did see the craziest thing we’ve ever seen out there.  On the washboard dirt road leaving Little Creek Mesa, this truck came ripping around the corner, probably at least 35mph, and there was a Fundamentalist Mormon girl holding on to the brush guard on front of the truck.  Her long prairie dress was plastered to her young body and she was staring right at us!  It gave us all a start.  There were at least eight other kids sitting out of the windows and hanging all over the bed of the truck.  It looked like a scene out of Mad Max.  Crazy! 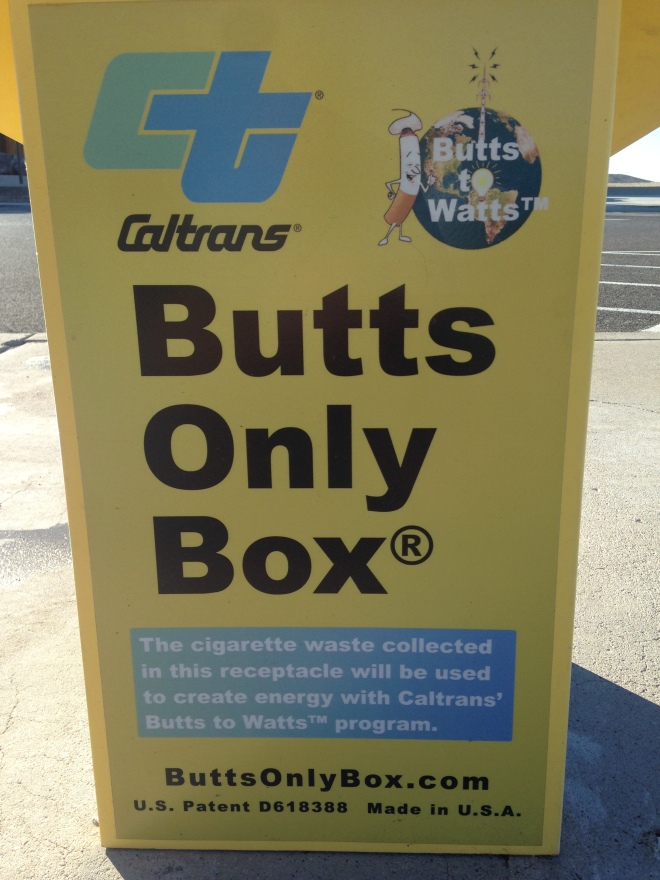 What a great idea!  This was at a rest stop on the I-15.  They had multiple collection boxes scattered throughout the property.

The buddies on the point at the Goose. 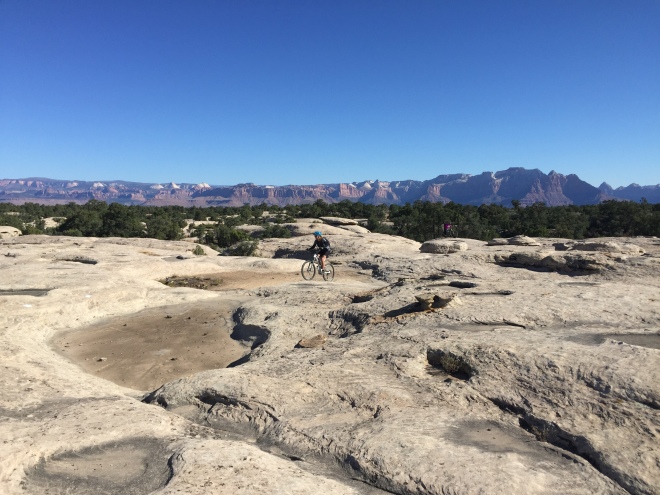 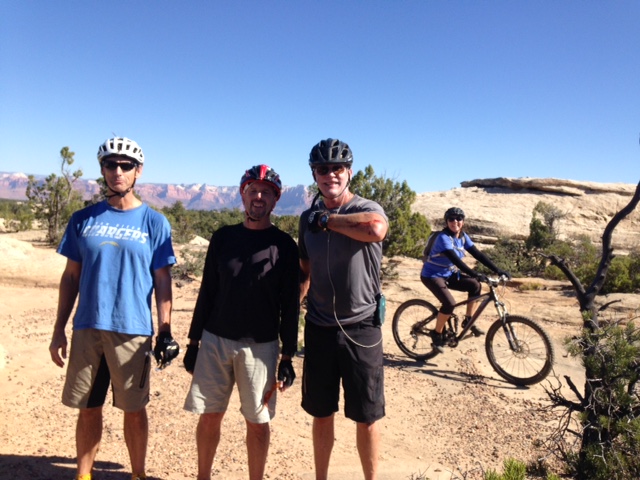 Bill, yours truly, and Dan. Marlene photo bombing us.

I’ve been hyping Hurricane to Bill for years. Finally, he made the trip out. He’ll be back for sure. 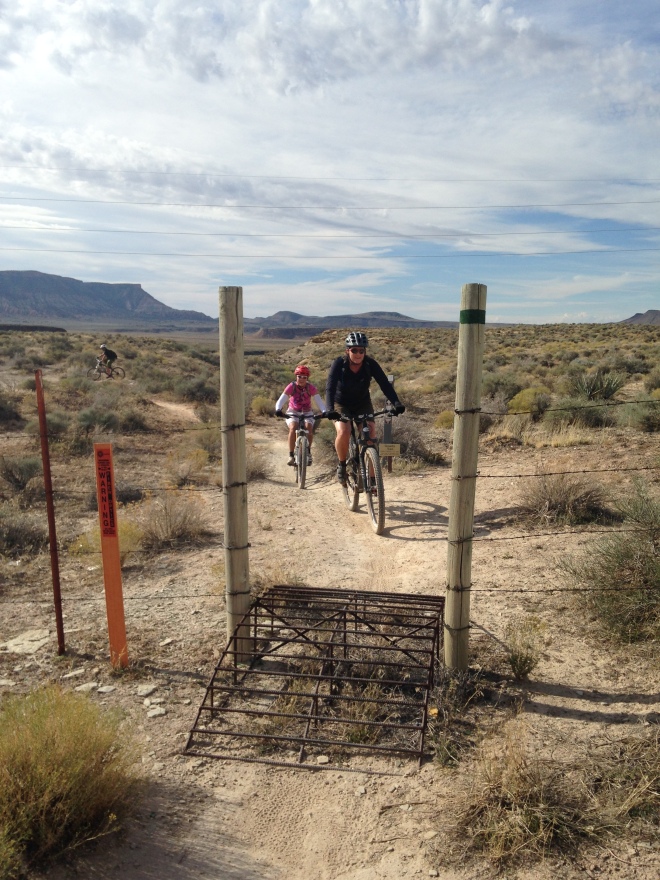 I guess the star on your house thing is not just a West Virginia craze.  The folks in Hurricane are now on it. 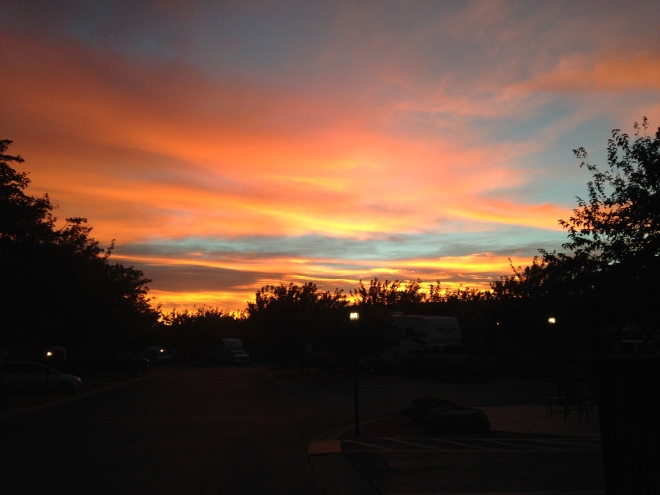