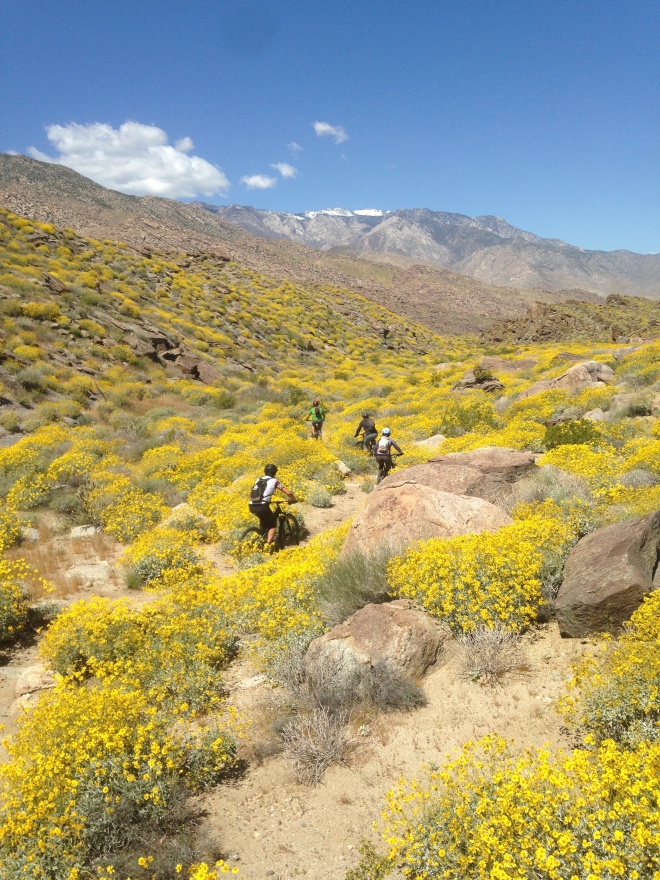 Palm Canyon Epic (PCE) is a true SoCal classic mountain bike ride.  The trail begins at the top of the Pines to Palms Scenic Byway (California State Route 74) at 4,400 ft elevation in the Ribbonwood/Spring Crest area and ends in Palm Springs.  It’s not a particularly long or difficult ride, 30 miles and 2,500 feet elevation gain, but you need to be fit, have better than intermediate skills, and no fear of off camber trails with sheer drops.  A good sense of humor is also a plus because invariably there’s always an incident or two.  And the incidents always add hours to the ride, which leaves you on the trail in the heat of the day with the sun sucking the moisture and energy out of your body.  In years past we’ve seen a concussion, broken wrist, cholla painfully imbedded in various body parts, slashed tires that have been unrepairable, broken chains, broken spokes, and flat tires are a given.  Oh yeah, and plenty of blood.

Hmm… sounds like a recipe for all kinds of incidents!  Truth be told, it was just your typical PCE ride.  A slashed sidewall at 3.6 miles.  The sealant wouldn’t seal it, so we inserted a tube.  While Tim and I were doing that, the other 3 were about a half mile down the trail.  The girls got to witness Bill do a triple somersault over his handlebars.  I’m so bummed I missed that!  Thankfully he was not injured, only bloodied.  Miles further down the trail Tim was upside down like a turtle.  A few miles later his chain came off and he crashed into a cholla.  And a potential disaster was adverted towards the end of the ride when the girls noticed Quan’s rear thru axle was loose.

We unintentionally had a new finish to the ride, and it seemed like it was never going to end.  It cost us at least an hour.  If you are ever out here, avoid the Araby Trail.  It’s not the way to finish.  Everyone was out of water, dehydrated, dying from the heat, and barely holding on to their sense of humor.  When it was all said and done, we were on the trail for almost 7 hours.  About 2 hours too long.  We left home at dawn and got back at dusk.  It was a 13 hour odyssey.  What a great day!

The girls at the top. One of the big time sinks is shuttling the cars.  It’s about a 90 minute round trip to drive two cars down the hill, leave the truck at the bottom, because it can carry 5 bikes, then come back up in Tim’s car.  The girls guarded all the bikes and gear at the top.

Just past the start. 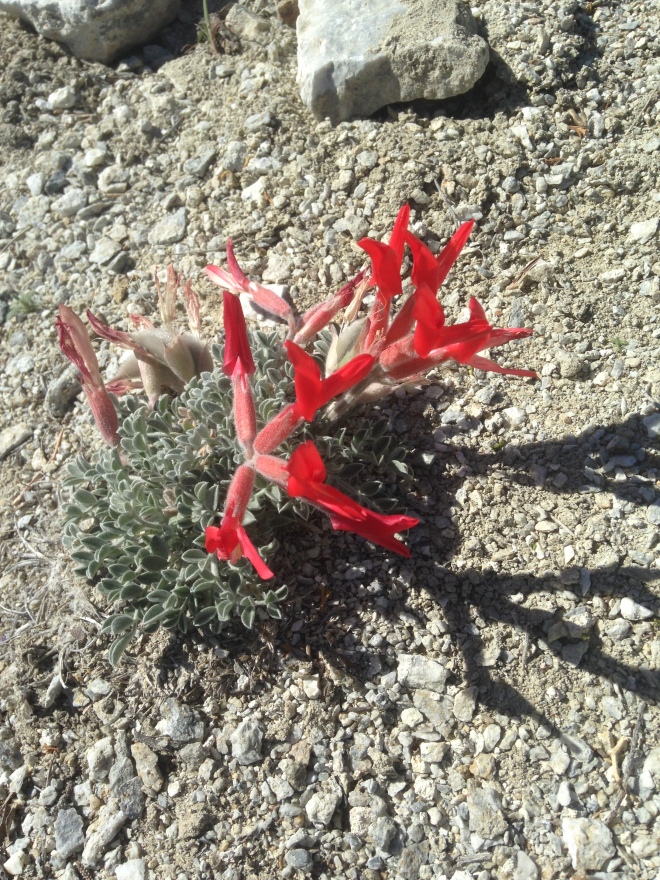 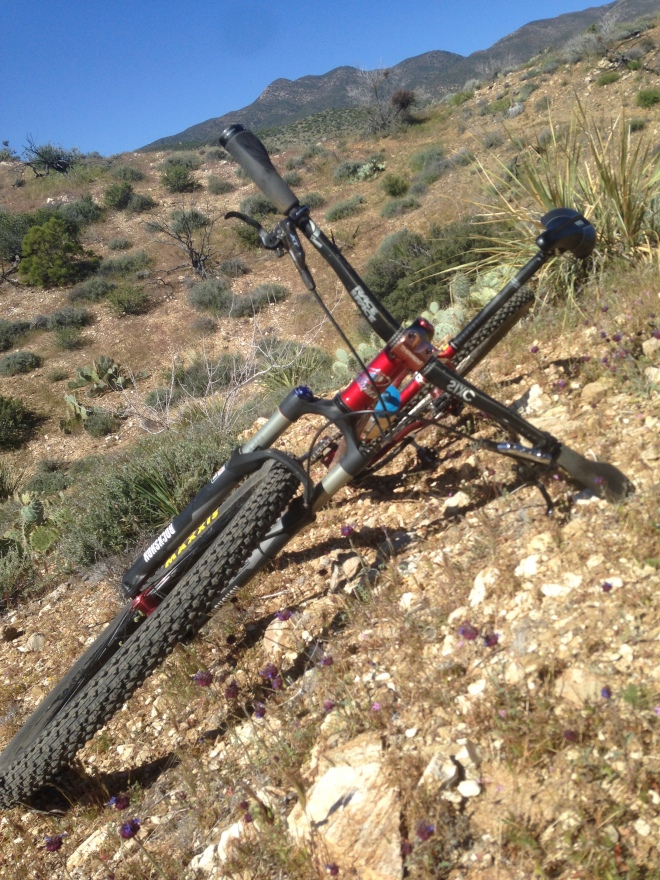 My singlespeed is looking good here. 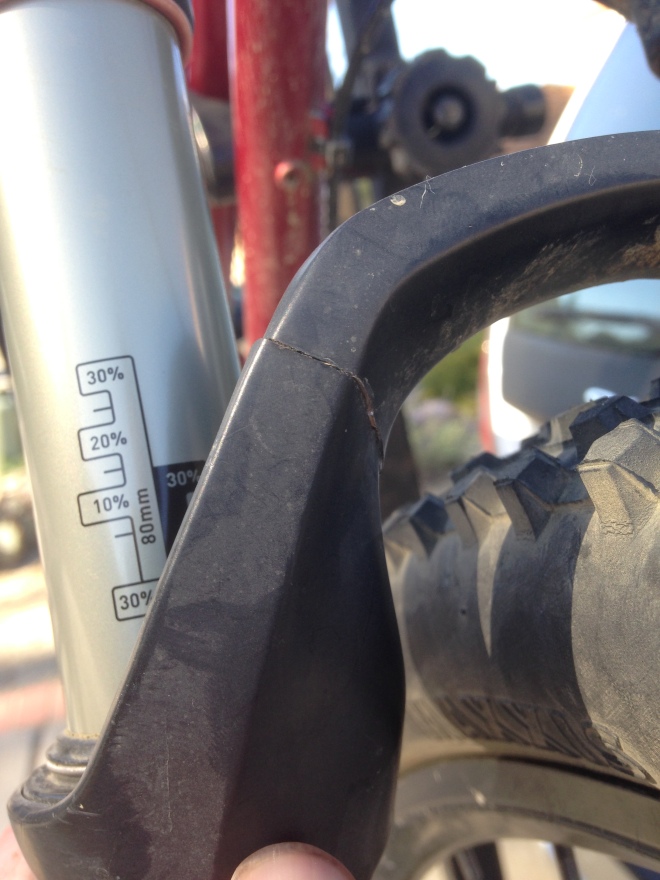 But somewhere after the previous pic this occurred to my fork, only to be discovered the next day.  Probably a good thing I didn’t realize it during the ride.

Right around here Bill did his triple somersault! 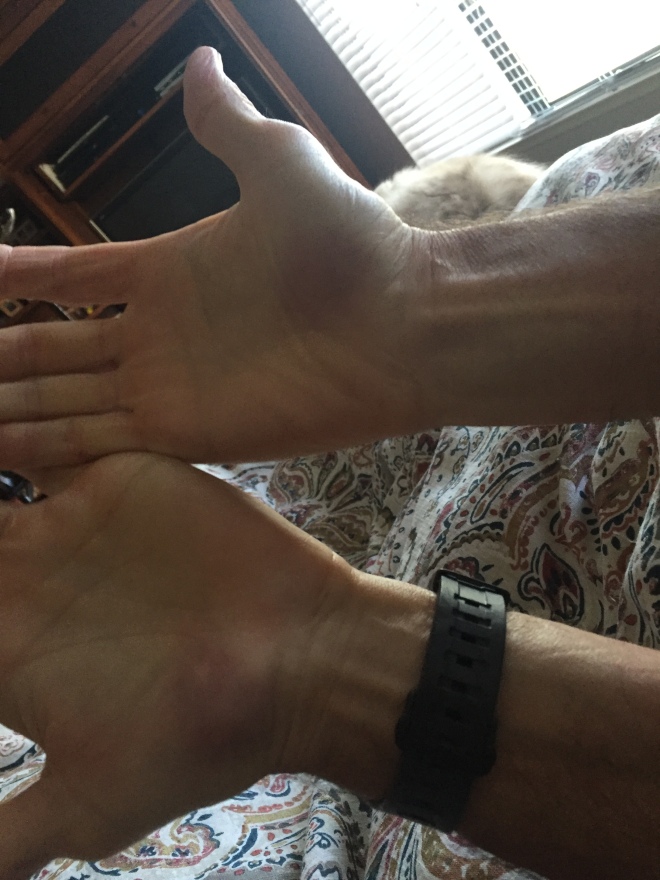 And the next day, some nice identical bruises appeared on his hands from the triple somersault. 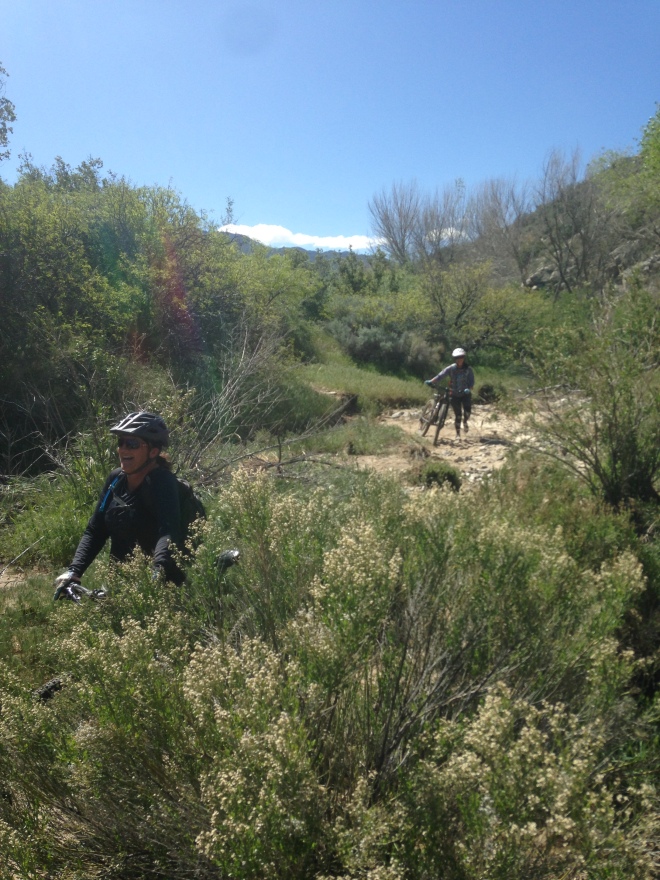 There were some really lush spots. 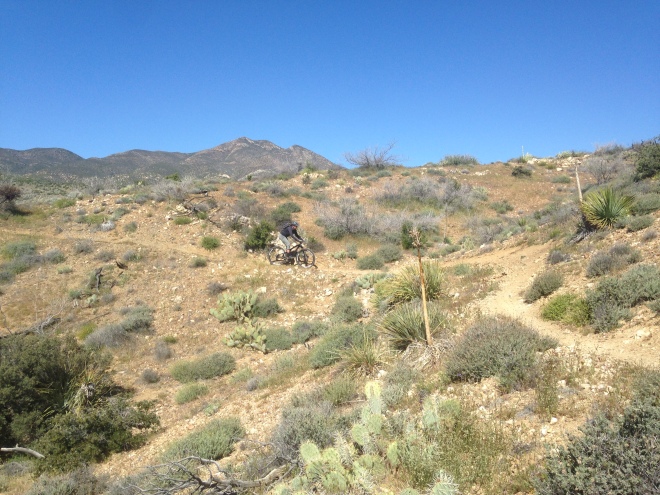 Miles and miles of yellow from the Brittlebush.  Riding through it was amazing.  I’m sure it’ll be one of those experiences we’ll always remember. 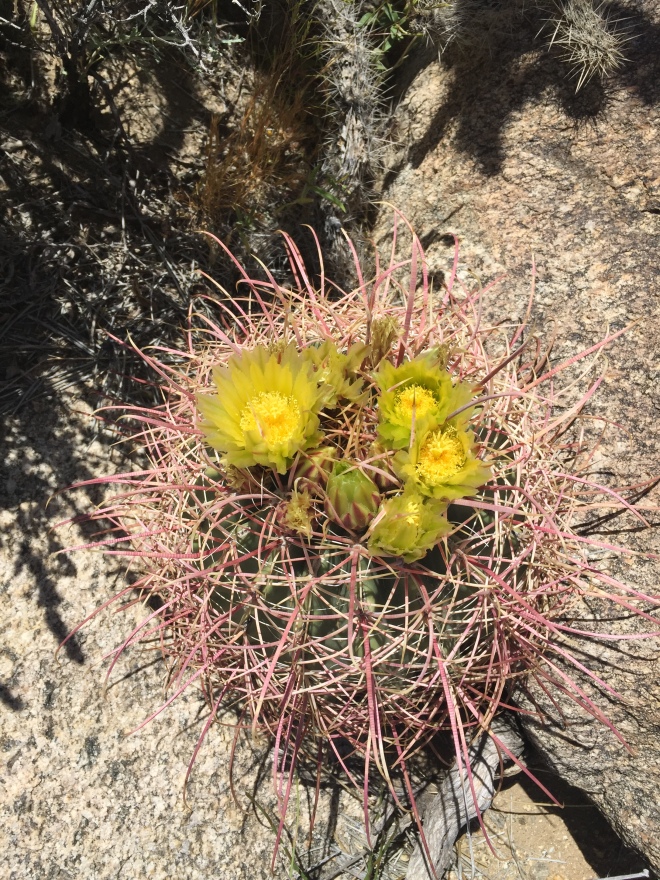 Wow! There are directional signs now.

The start of a long amazing descent.

Tim pulling the Cholla needles out of his arm. 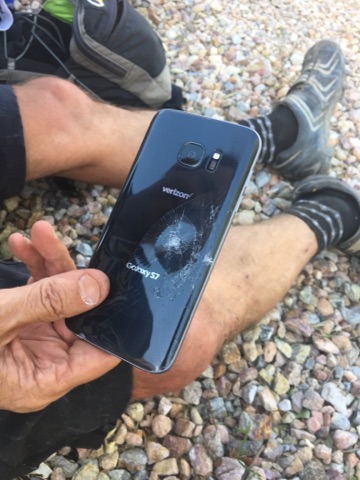 Tim’s cracked phone.  He had a heck of a day. 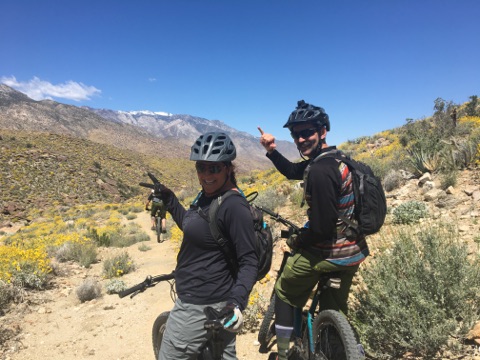 Amelia and a dude we met on the trail.  The best female and male riders on the trail that day, hands down. 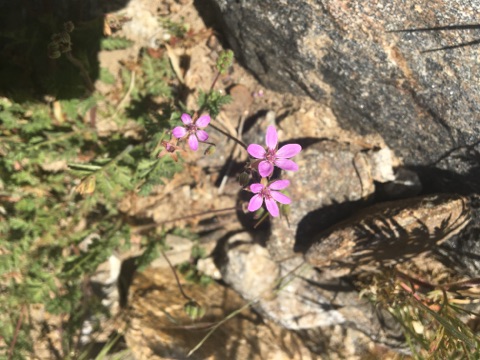 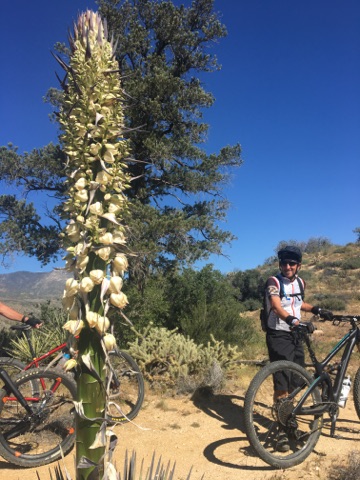 Chaparral Yucca or Our Lord’s Candle.

Happy girls on the trail…it is a beautiful thing!