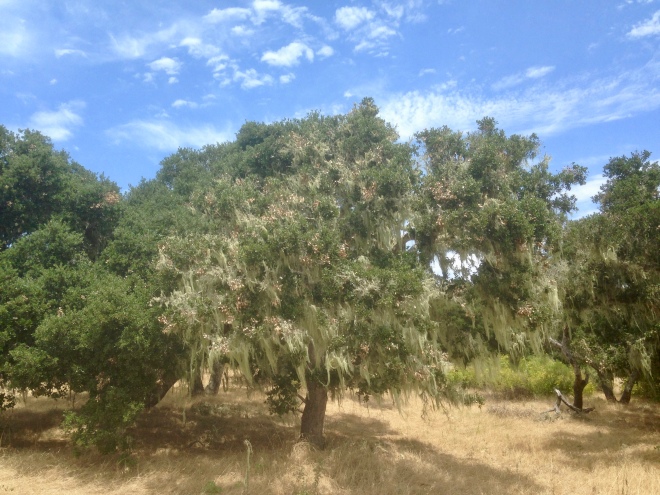 Fort Ord was an old Army base on Monterey Bay.  It was a part of the military base closures that occurred in the early 90s.  Other recognizable names to long time Californians are March, Mather, McClellan, El Toro, and San Diego Naval Training Center, to name a few.  BLM took over the land in 1994 and in 2012 it was declared a National Monument.

There’s no camping at Fort Ord, however, butted up against it is Laguna Seca Raceway and Campground.  That’s where we stayed.  It’s actually a great location and very scenic, you just need to tune out all the race car noise and the bang, bang, bang from the shooting range below.

Laguna Seca/Fort Ord is also home to the Sea Otter Classic, the world’s premier cycling festival, according to the organizers.  I don’t know if that’s true, but it’s certainly a big to do that happens every April.

Rob & Denise came down from Castro Valley and Mike and Chris drove up from Templeton.  It was very pleasantly non-eventful: riding bikes, eating, drinking, socializing, relaxing, and swapping stories.  One thing did happen, a Western Scrub Jay crapped on us.  First it pooped on Rob, then a few minutes later, with one crap it hit Chrissy, myself, and Rob again!  We finally got smart and moved out from under his tree.

The weather ran the gamut, as you can see, our first morning was foggy. 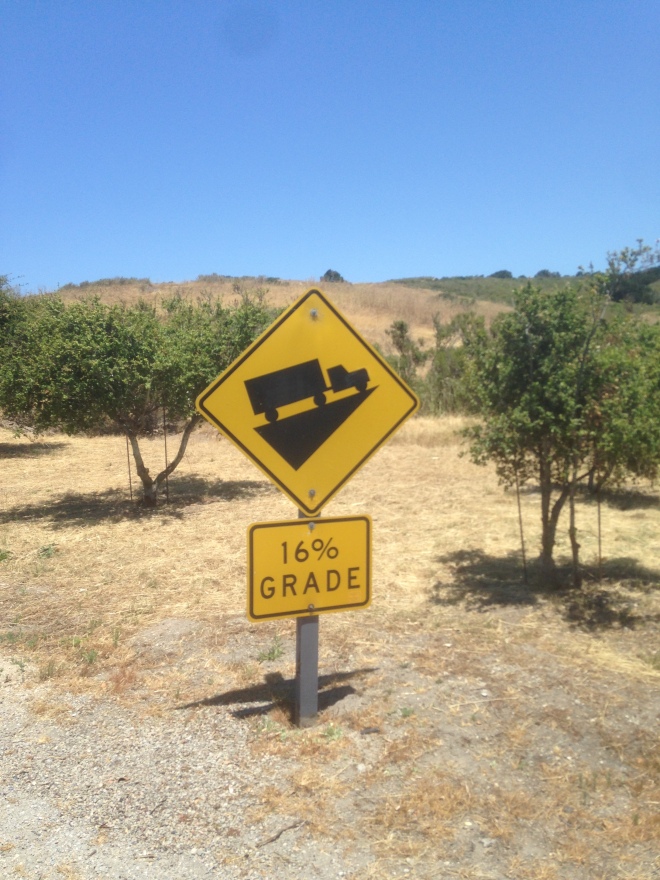 16% grade to get up to the campground.  That’s a serious grade and a little scary on the way down. 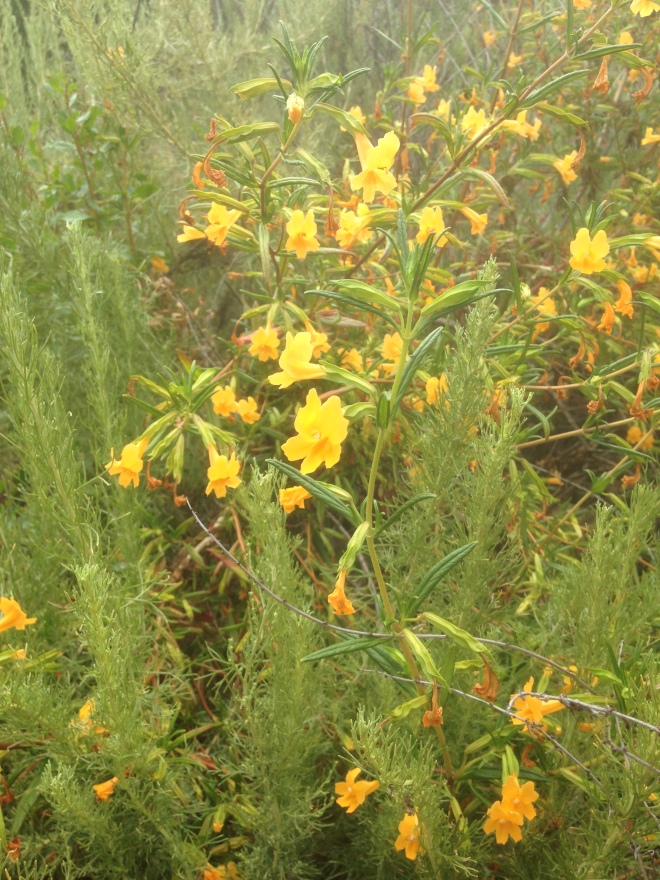 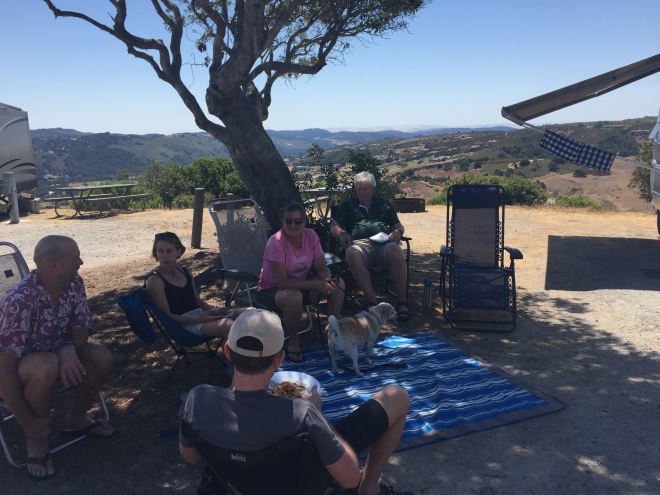 Staying cool in the shade.  This is where the Western Scrub Jay was crapping on us.  Photo courtesy of Denise. 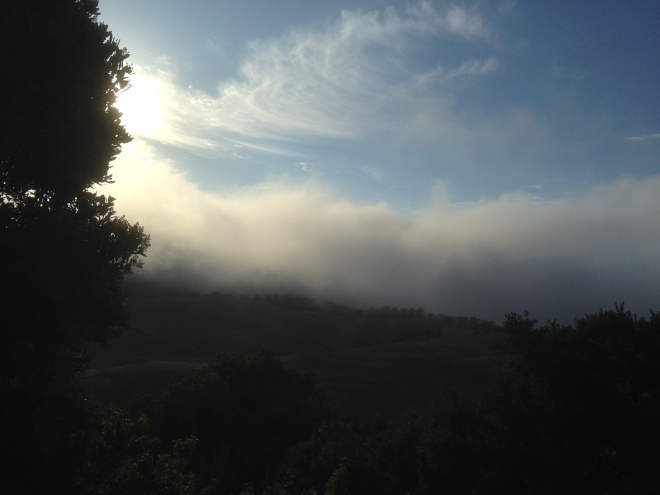 A little later the fog rolled in and we had to stay warm.  Stupid me, I didn’t pack any pants or jacket, at least I had one of my old tattered Fins sweatshirts. 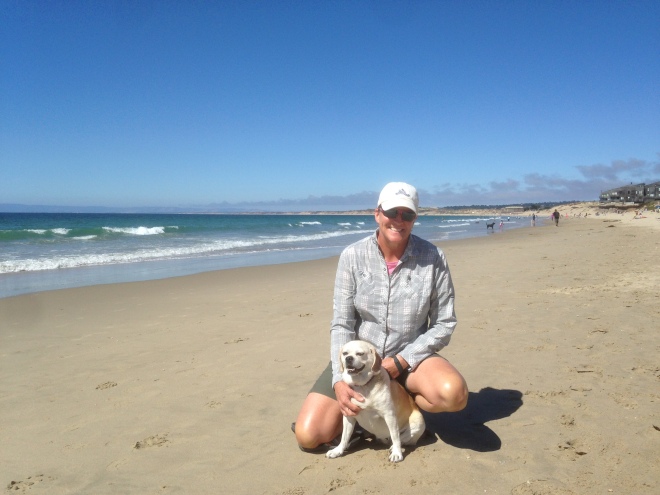 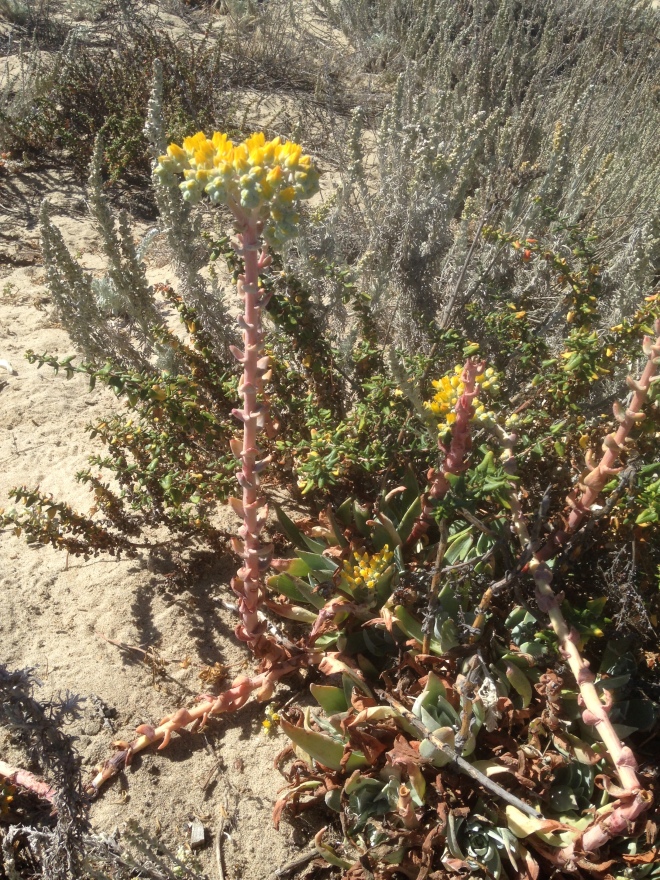 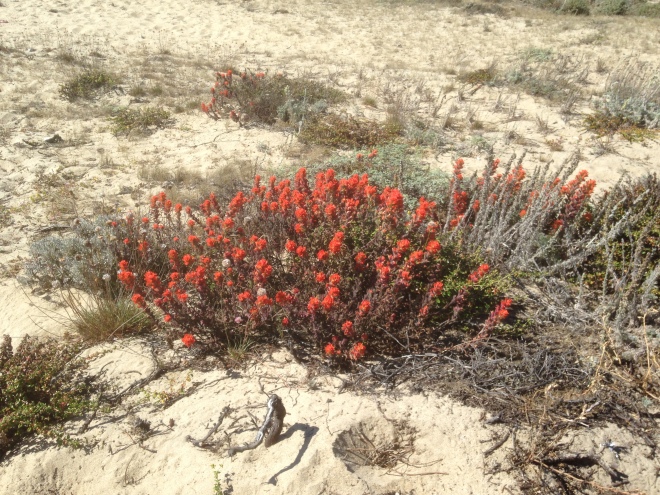 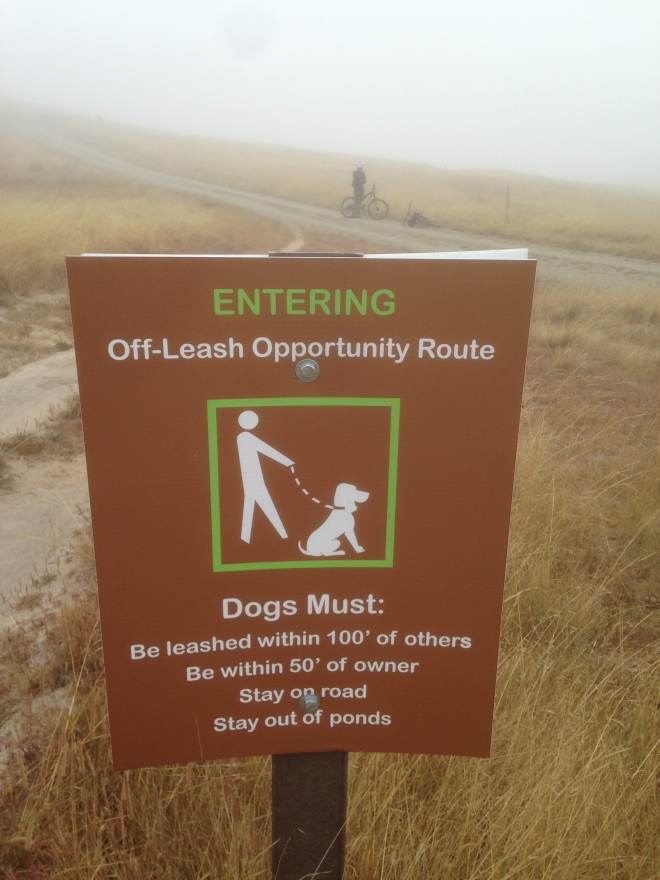 Another foggy morning, Mike in the background. 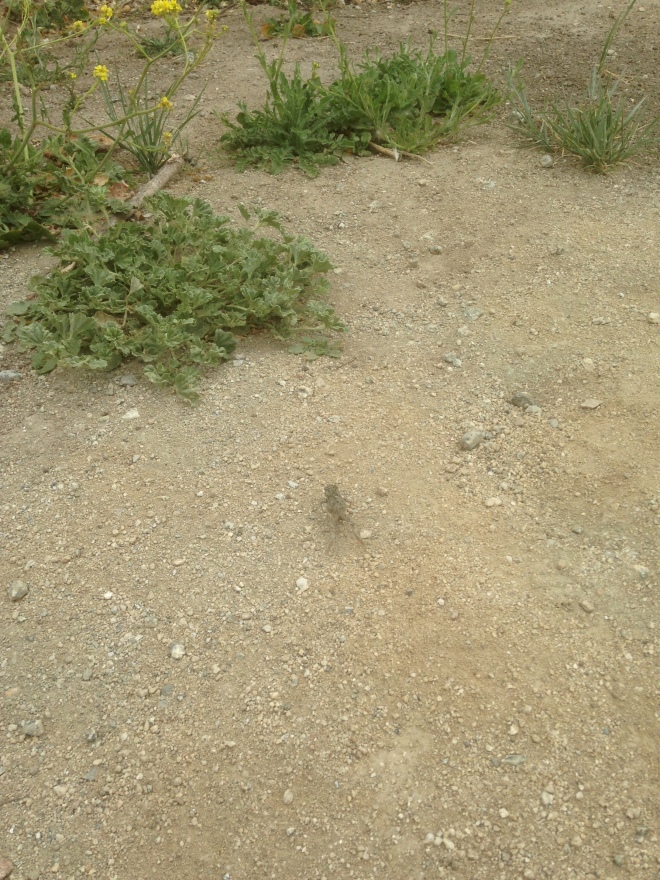 Down by this one pond there was an explosion of tree frogs, more than a hundred, jumping back and forth across the road.  They were quick little things and hard to photograph.  This is the best pic I took.

Quite a few apparently weren’t quick enough and ended up like this poor little guy, squashed.

We spent a couple of hours on the beach at Fort Ord Sand Dunes State Park and didn’t see a single soul. 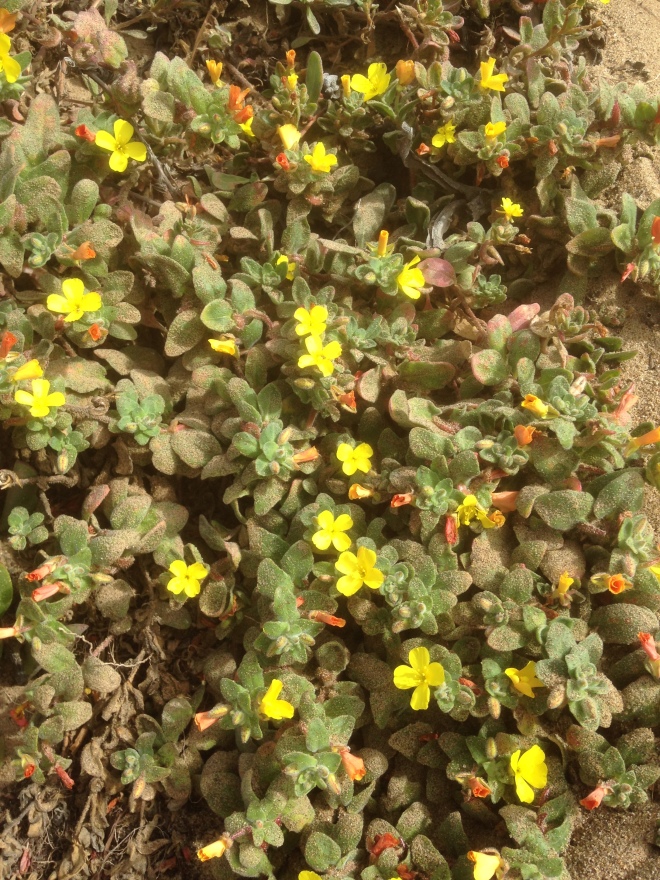 OMG!  Who is that old man with my wife? 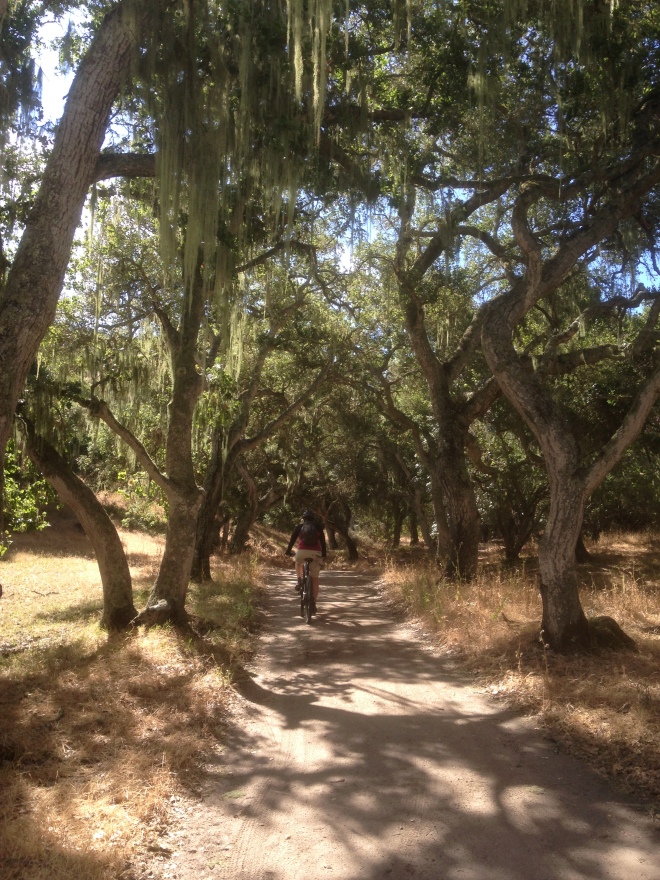 Our last day we went to Toro Park and rode up to Ollason Peak and down Pipeline. 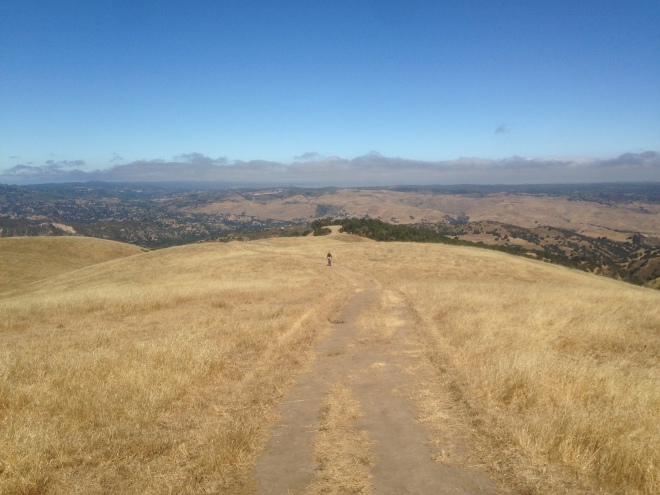 Amelia, almost to the peak. 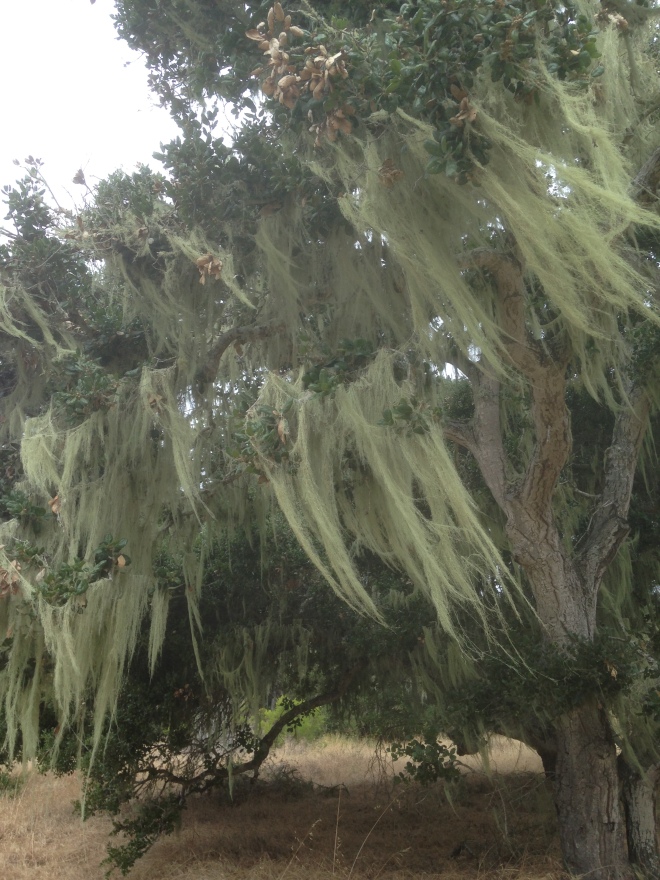 I really dig the Spanish Moss hanging off the Coast Live Oaks.

If you are interested, here’s a quick summary of the Fort Ord biking trails.  Fire road grinds and single track sweetness.  Not challenging, no baby heads, no loose rocks, and no drops, just flowy fun that’ll leave you grinning ear to ear once you are off the numerous fire roads.  If you want something a little more technical and challenging, head over to Toro Park and do Pipeline.