Yes, that’s an Organ Pipe Cactus next to Amelia.

When we left MMRP, we intentionally took the long way to Organ Pipe Cactus through Tohono O’odham Nation Reservation on Indian Route 15.  It was a beautiful sad drive.  We’ve never seen so many roadside shrines (descansos) on one stretch of road.  There were dozens and dozens of descansos set up, many with altars, and at least three makeshift graveyards.  All told, easily over a hundred sites.  They were all colorful and beautifully decorated.  We really wanted to stop and respectfully check some of them out, but there was no shoulder or pull outs big enough for the truck and Airstream.  So we don’t have any photos to share.  It just seemed like way too many deaths to be all car accidents, so we started wondering if it was perhaps migrants that died crossing the border.  I couldn’t find any information on the internet, so I guess it’ll remain a sad mystery.

Organ Pipe Cactus National Monument was established in 1937 by FDR.  It’s 516 square miles.  In 1976, the United Nations recognized it as a Biosphere Reserve and it still is.  In 2017, United States withdrew 17 sites from the UNESCO World Network of Biosphere Reserves program, so now we are down to 30 sites.  This is the only place in the United States where you can see large stands of the Organ Pipe Cacti growing naturally.  A pretty cool place worth checking out!

Twin Peaks Campground site 161 in the no generator section.  Five miles from the border.

Arch Canyon in the Ajo Mountains 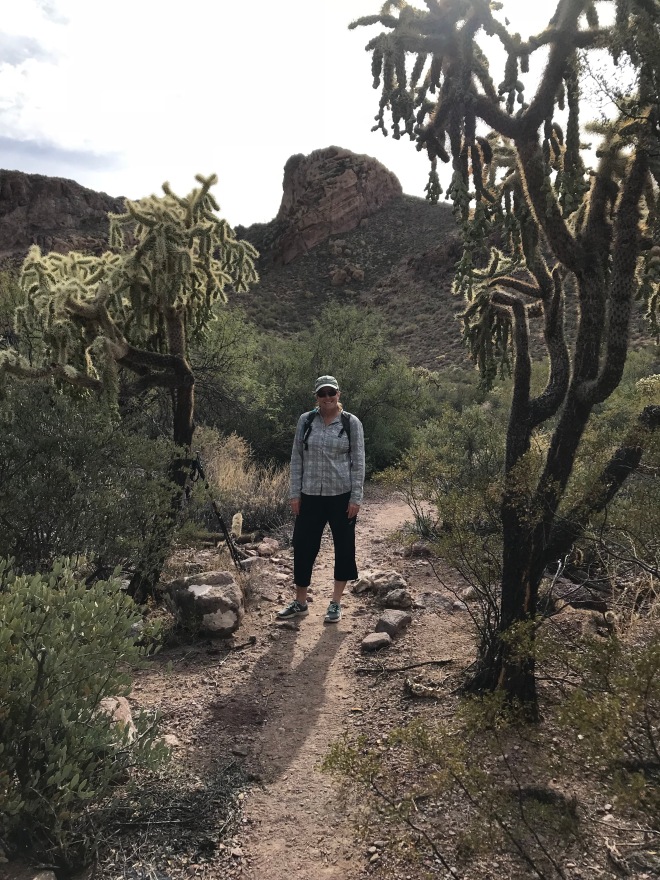 Amelia standing between a couple of mature Chain Fruit Chollas

Bull Pasture, the mountains in the background are in Mexico

Are they trying to warn or scare you?  I guess it depends on you.

These water stations are set up by Humane Borders.

The fence that separates USA and Mexico.  The Organ Pipe Cactus National Monument southern boundary is the border. 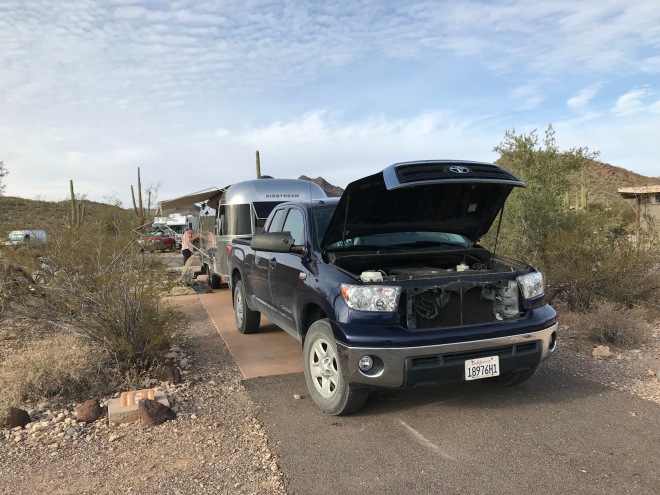 Not car problems, Packrat, aka white-throated wood rat problems.  The park recommends leaving your hood open so they don’t nest in your engine compartment.  It was pretty funny walking the campground loop and seeing everyone’s hood open.

Forget the ball drop at Times Square, we said goodbye to 2017 with an incredible sunset.  Late afternoon I began predicting to anyone that would listen to me that the sunset was going to be one for the ages.  It was a spectacular hour long show that was better than anything we’ve seen on Netflix all year. 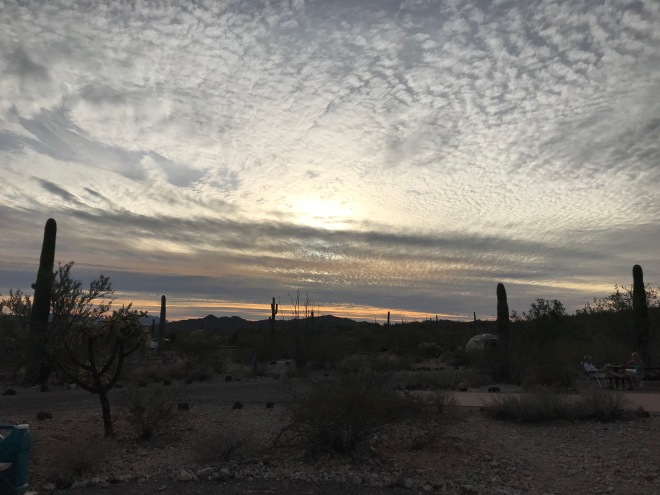 4:42pm…this is when I knew my prediction was going to come true 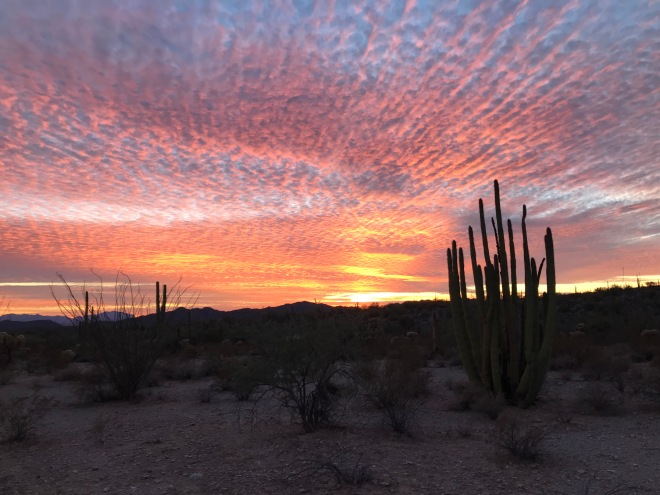 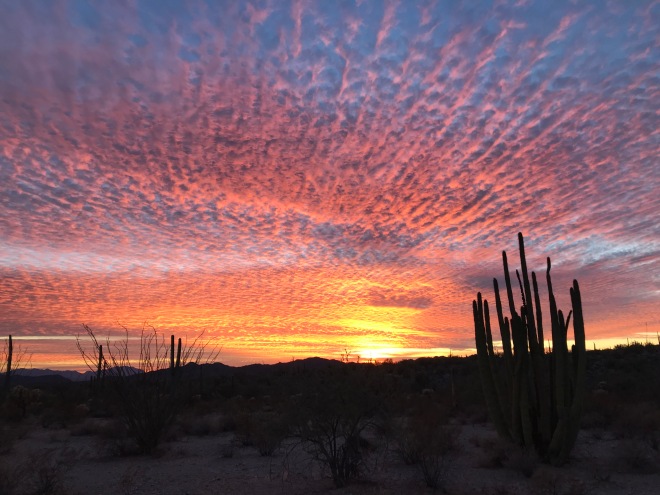 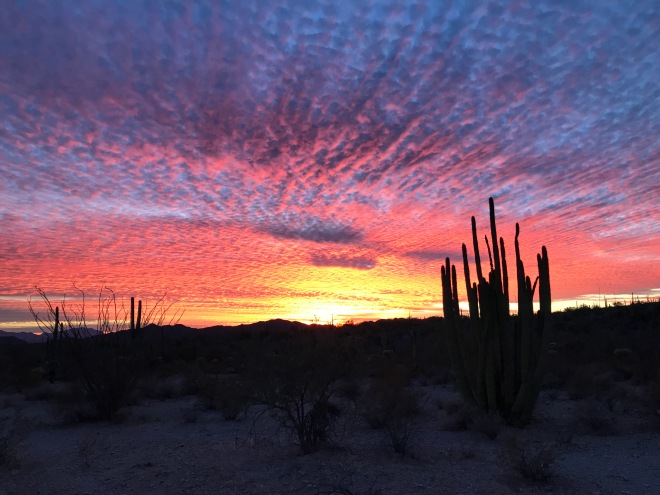 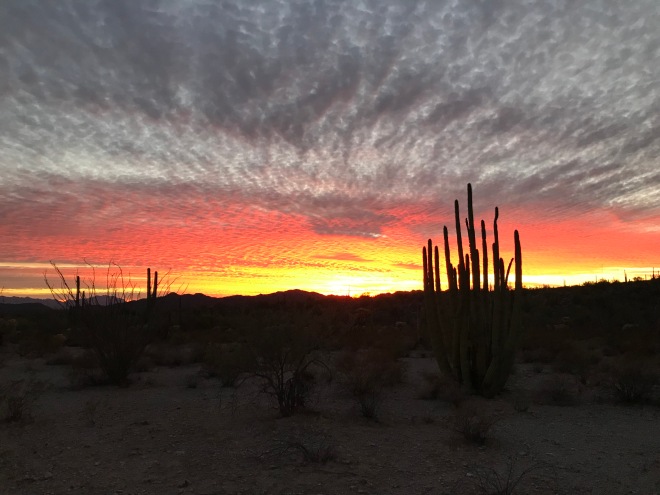