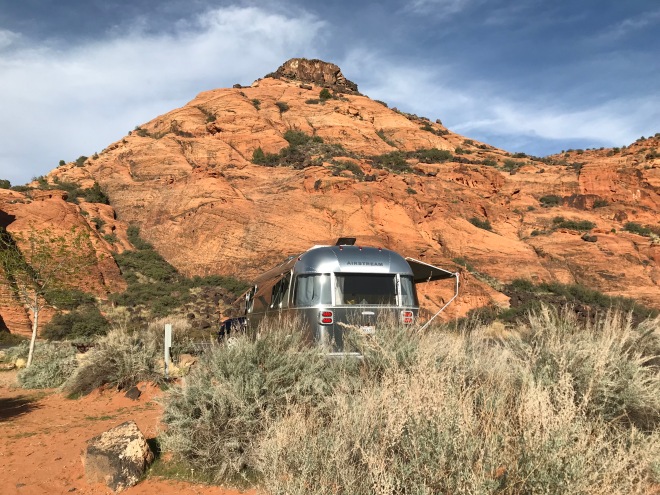 Here is reality.  Asphalt with a dumpster and dump station located outside your front door.  If you go to Snow Canyon try not to get site 18.  On the plus side there was no one camping right next to us.

The campsite was a dud but you get over it quickly when you are surrounded by stunning natural beauty.  No wonder this place is often called the mini Zion.  The two parks are only 50 miles apart.  Of course, Snow Canyon is a lot smaller and not nearly the  crowd scene that is Zion.  But if you want to camp here you should make your reservations 6 months in advance.  The campground is small and only has 24 sites suitable for trailers.

We turned the campsite into a humorous situation and said things like, “The dumpster is conveniently located outside the front door.”  Then instead of putting a piece of trash in the trash can under the sink, we would just walk it out to the dumpster and toss it in.

It’s kind of gross, but interesting watching everyone dump their tanks.  Some people get really aggressive with the water hose.  The best/funniest thing was this father and his 6 year old son doing laps on their bikes through the campground.  The boy was a real talkative kid and was having a blast riding his bike.  On one lap, the boy points to the dump station and asks his dad, “Do you want to go smell that?”

Amelia and I were just busting up laughing and repeating ‘poopers’ for the rest of the trip.

Snow Canyon has been a filming location in movies, including three Robert Redford movies: Butch Cassidy and the Sundance Kid, The Electric Horseman, and Jeremiah Johnson.  The pictures we took really do not capture the beauty.

As for the biking in the St. George area, we did three rides, two which we’ve done before, Santa Clara River Reserve and Zen.  The one new ride, Barrel, is next to Zen.  Barrel was my favorite.  In my opinion, the St. George area offers great “backyard” riding but not what I consider a destination.  It’s not Hurricane.

And finally, we took the scenic route from Boulder City to Ivins along the westside of Lake Mead.  The 93 to Lakeshore Rd to Northshore Rd which turns into 167, then to the 169 past Valley of Fire State Park through Moapa Valley to the 15 for only 43 miles to the Littlefield/Beaver Dam Arizona exit.  From there east to the backdoor into Ivins via the 91.  It was a fantastically beautiful stress free drive and only about 30 minutes longer than the mind numbing I-15 from Vegas to St. George.  The only thing you miss is the Virgin River Gorge. 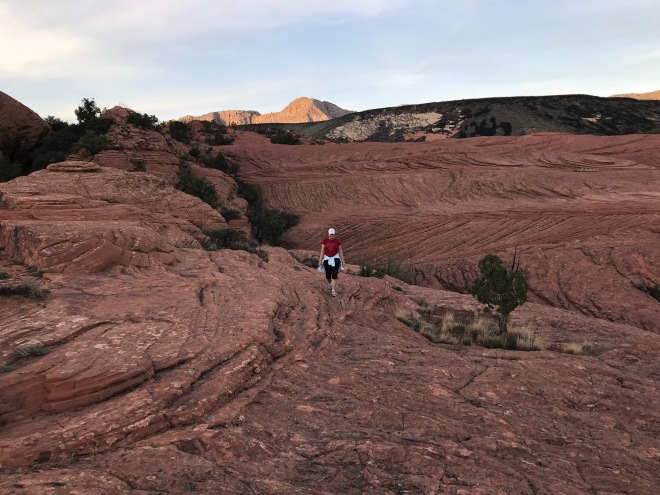 Oops!  This is actually a Silverleaf Sunray.  On the previous post, Bootleg Canyon, I made a mistake and called it a Nakedstem Sunray.  The error has been corrected.

Ah…a hot cup of Huehuetenango and the morning glow

Great Basin Rattlesnake.  A couple hiking the bottom of Zen trail almost stepped on this beauty.  When we were riding by they were pretty excited to show us.

Scrambling in mountain biking gloves and shoes.  The day before we walked up the petrified sand dunes and looked down on a small canyon that really caught our attention.  So the next day we rode our bikes on West Canyon Rd, hid our bikes behind a Utah Juniper, and hiked in.  It was amazing and there was one guy climbing the rock wall with two of his friends watching and three other guys just getting ready to climb. 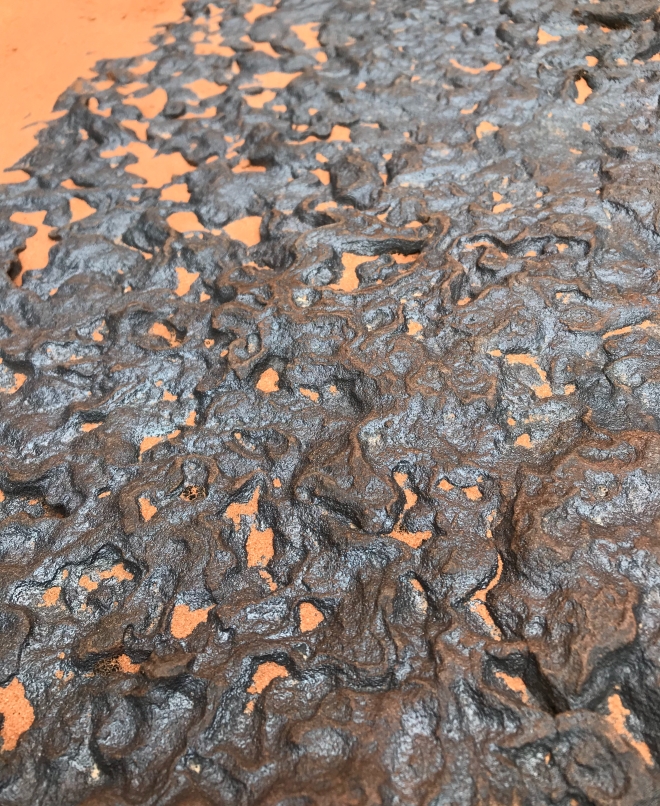 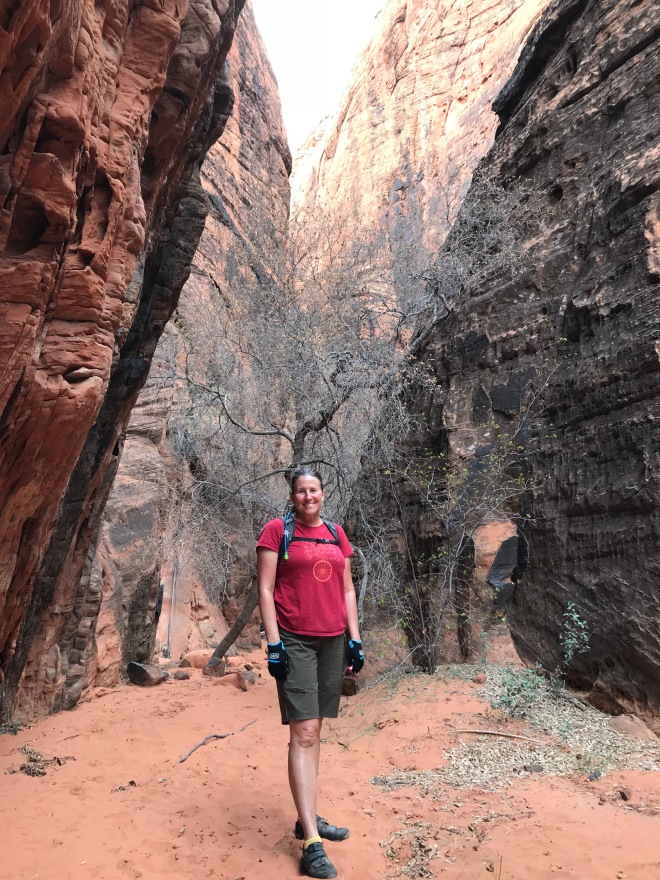 Here are four bonus pictures from a hike we did on the drive from Boulder City to Ivins.  It’s in the Lake Mead National Recreation Area, a hike from the 33 Hole overlook. 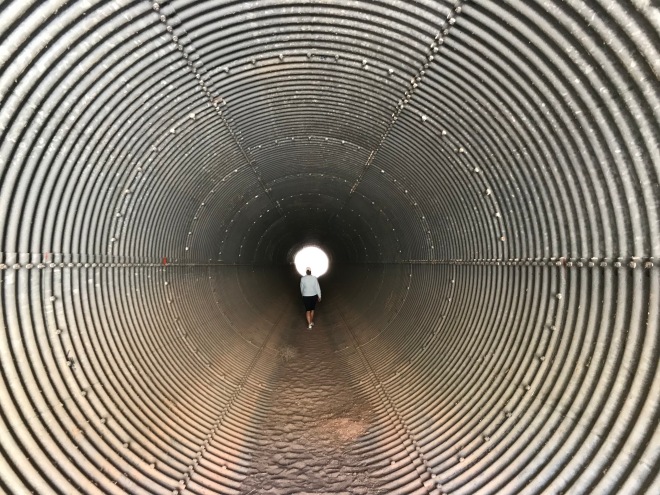