Lassen Volcanic doesn’t seem to be overwhelmed by the masses like the more popular national parks.  In four days we barely saw any of it, part of the reason is there’s not a road that goes straight through the park.  The southwest and northwest areas are  accessible via the Lassen Volcanic National Park Highway.  The northeast and southeast corners are only accessible by dirt road and in between is wilderness area accessible only by foot.

Denise, Rob, Rob’s daughter Leticia, and her two kids, Robin and Martin met us and camped a few sites down from us at Manzanita Lake Campground.  It’s always a pleasure seeing them.  Unfortunately Leticia and 18 month old Martin didn’t make it into any of the photos.  There’s no mountain biking in national parks so we hiked three days, with the highlight being Lassen Peak.  It’s an easy 2.5 miles up with 2,000 feet elevation gain and spectacular views the whole way.

We also went to a bird banding demonstration.  It was quite interesting how they catch the birds in a net strung across an area where they are known to fly back and forth.  Then they bag them and bring them to the banding station.  They identify the bird, sex, age, take measurements, put the poor guy upside down in a 35mm film container to weight it, band it, and then release it.

At 2am one evening thunder boomed and lightning lit up the inside of the Airstream like a disco strobe light.  It felt like it was directly above us.  It was absolutely magnificent.  Sara had a different opinion.  It scared the bejesus out of her. 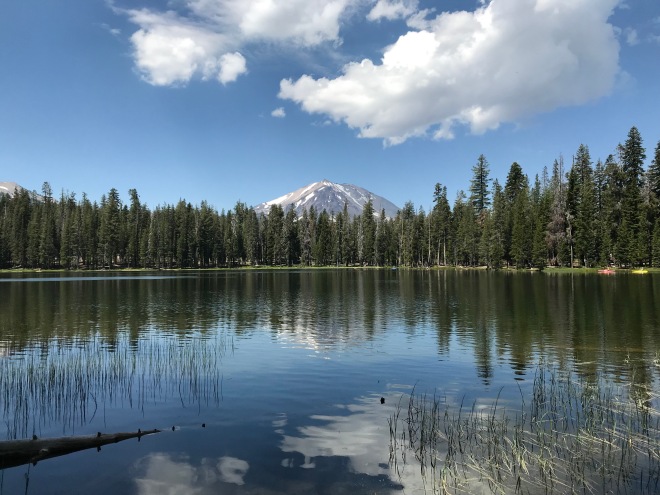 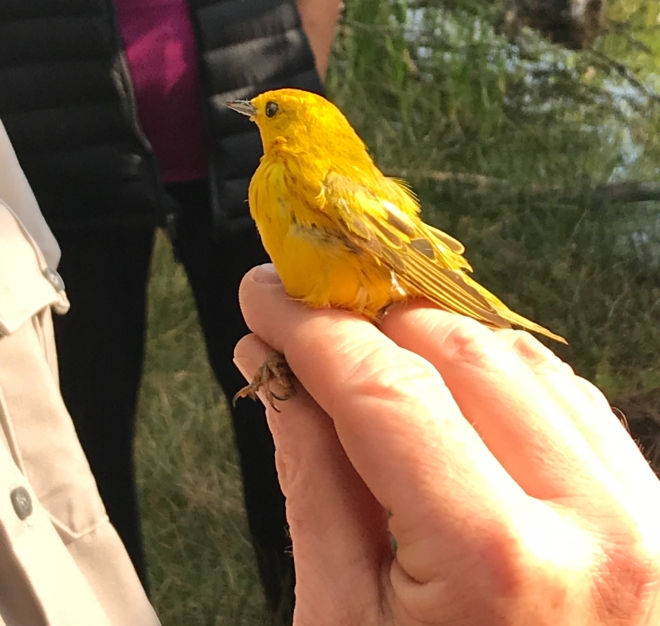 Yellow Warbler before being banded

Lucky Amelia got to release the Yellow Warbler after she was banded.

Chaos Crags, one of the hikes we did. 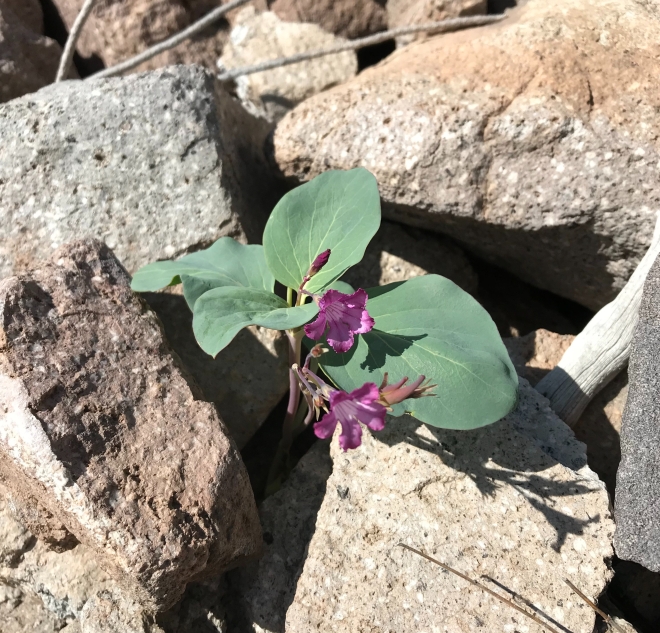 Sacramento Waxydogbane, I swear I didn’t make that name up.  It’s relatively rare. 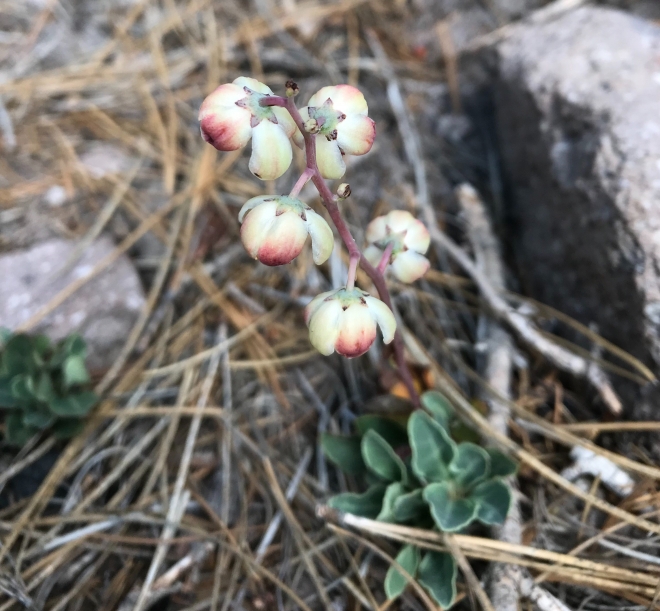 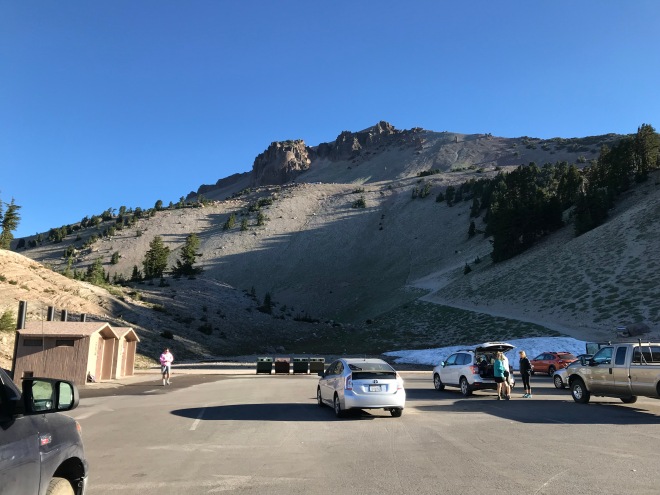 The base of Lassen Peak and the beginning of the spectacular hike.

Golden Draba, found mainly on the summits of volcanic peaks in the Cascade Range

The last supper, we just polished off a batch of fresh baked chocolate chip cookies.