It’s been a hell of a November in California.  The mass killing of 12 people at the Borderline Bar in Thousand Oaks.  Not too far from the mass killing, the Woolsey Fire started, and on the same day the Camp Fire in Paradise begin raging completely out of control.  The devastating pictures, news, and death from the Camp Fire just keeps coming.  It’s hard to pretend all is normal and we had a sense of guilt loading up the Airstream to go on a vacation while so many of our fellow Californians are suffering.

Crystal Cove is a small campground with only 60 sites.  Half the sites are full hook-up, the other half are dry camping.  We were in a dry camping site.  Like all coastal campgrounds, you need to book your dates six months in advance.  We had a one day crossover with Denise and Rob, which is too short, but it was still nice to see them in person.

This time of the year with the short days and the sun never getting high up in the air, four days is about the limit for solar, especially if you want to watch a movie at night.  Every afternoon the generator wars began and our neighbor was always the winner.  His was the loudest and he ran it the longest.  And he was a tent camper!  I tried to peek into the tent to see what he was running off the generator, but I couldn’t ever get a good look.  My guess—he was running a TV or maybe they were gamers.

We did two rides: Crystal Cove and Aliso and Woods Canyons.  Both rides have a lot of steep fire roads.  Of the two, Aliso and Wood Canyons was the best, but neither were single speed friendly.  If we lived in Orange County I would have to break down and get a geared bike.

When we are out in the Airstream we are pretty much attached at the hip.  This trip I had to go up to Santa Maria on Tuesday for a one day business trip.  I left in the dark at 5:20am and returned in the dark at 10pm.  Five of us went: I picked up three of the guys in Tustin, then we got the fourth guy at the Santa Barbara airport.

Here’s a pro tip: don’t lock your bikes to the picnic table, then drive away with the keys, like I did, especially if your wife has plans to ride.  It makes for a very unhappy wife. 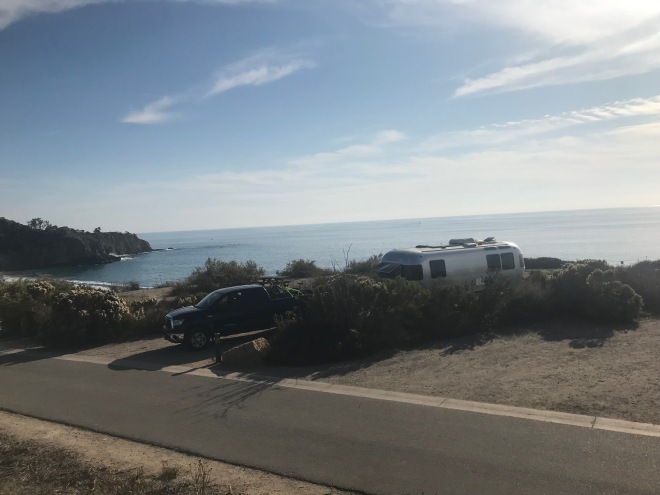 There’s over three million people in Orange County, yet the beach was virtually empty, and this was Sunday.  That’s Denise and Amelia. 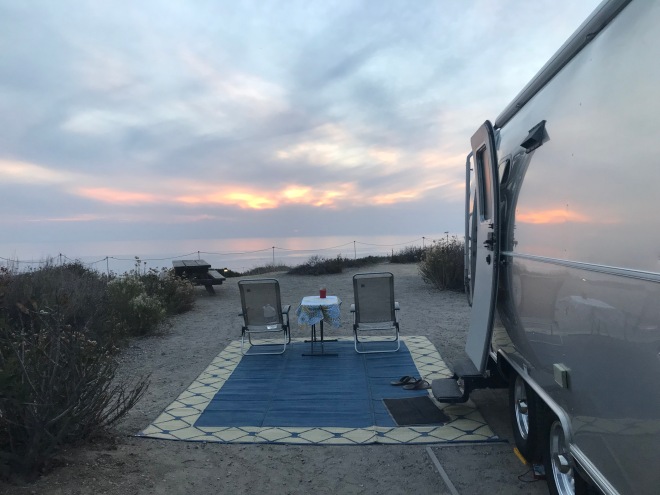 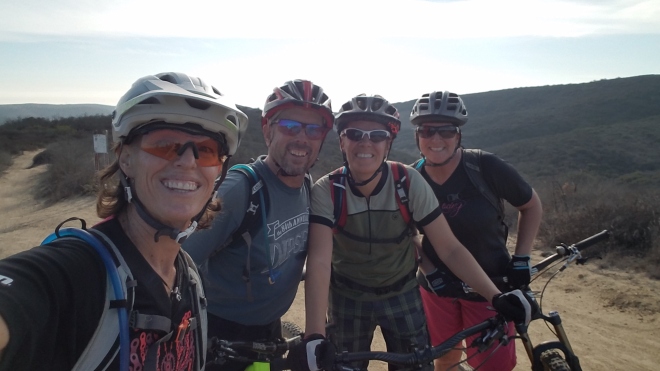 Shelli, myself, Bianca, and Amelia on a fire road at Crystal Cove. 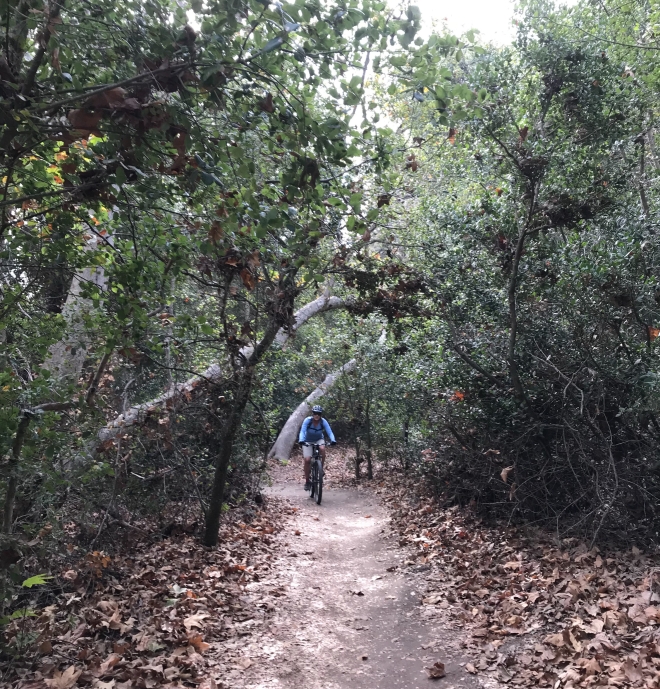 Car Wreck Trail at Aliso and Wood Canyons.  One of the steepest and gnarliest hike a bike we have ever done.

Her spot under the table.

Sara and her old boyfriend, Osborne, had a date at The Stand Natural Foods in Laguna Beach.

Oops!  All locked up.

About a hour before Amelia figured out I had the key to the lock, the Tundra had a tire blow out on the 405. 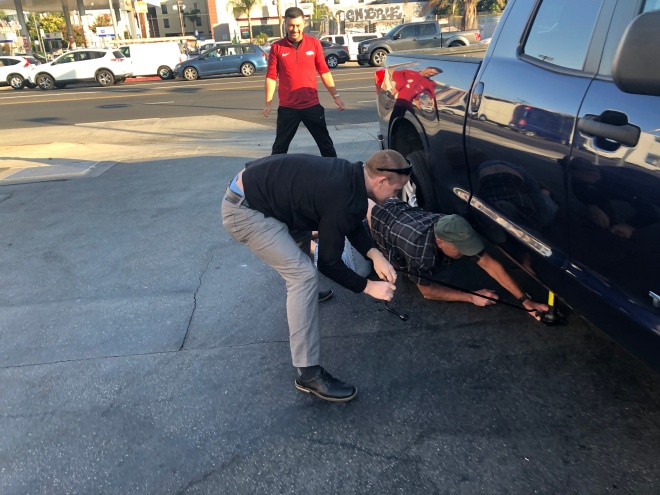 We limped off the freeway and put on the spare at the corner of Sepulveda and Burbank. 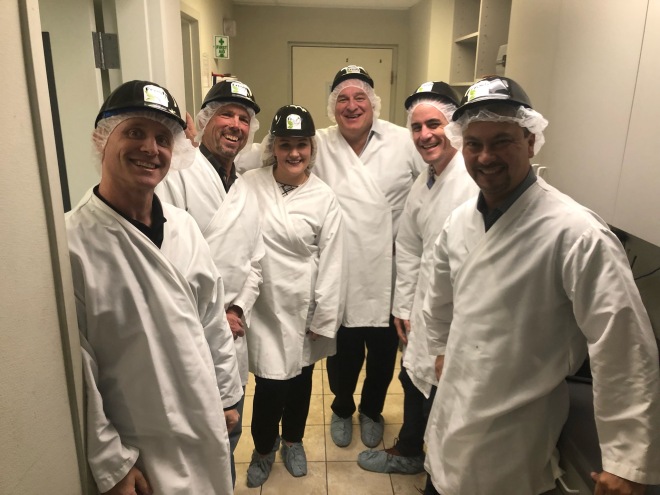 The Xperience Marketing team before our tour of Fresh Venture Foods. From L to R; Scott, myself, Katie, Vinny, Ryan, and Billy.

Blue skies, bees, and blooms. I’ve lost track of how many flowers. Our San Pedro cactus is twelve years old and ten feet high.
Eleven more bloomed last night. The first eight are now beginning to fade. It’s going to be a multi-day event.
Loving the San Pedro Cactus flowers and so are the bees! The first eight bloomed last night. At least twenty more coming.
Stay tuned! Our San Pedro cactus is getting ready to go off. There’s more than thirty buds. It’s going to be a historic bloom.
Crazy ass weather today!
Coyote Bush.