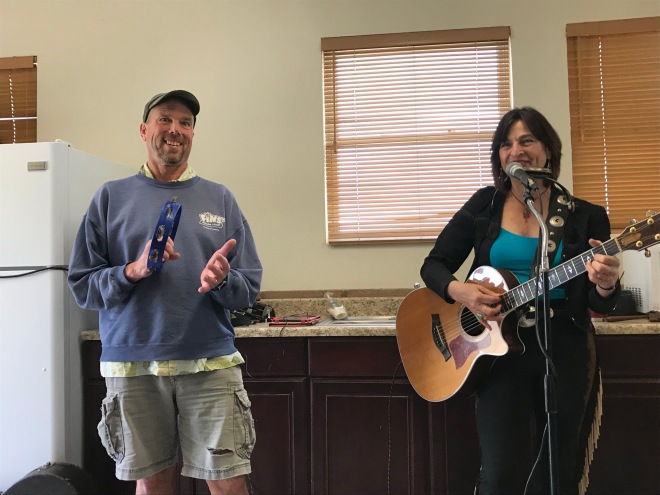 The blogger and Judy Taylor performing “Ring of Fire” in the Agua Caliente County Park Clubhouse.

Lucky us!  The largest state park in the contiguous United States is in our backyard.  Anza-Borrego Desert State Park is over a 1,000 square miles.  It is one fifth of San Diego County.  We’ve been visiting it for years and still haven’t come close to seeing all there is to see.  This trip we met another family at Agua Caliente for a too short of a weekend trip.  Agua Caliente is a San Diego County Park.  It’s right next to and surrounded by Anza-Borrego.  This was our fourth visit with the Airstream.  And it’s the most flowers we’ve ever seen at this end of Anza-Borrego.

With the flowers come all the Painted Lady butterflies.  There must’ve been a bazillion of them flitting around.  While we were off roading, Amelia and her friend would flinch and be bummed every time we hit one. On Sunday as we were leaving, we killed so many it was crazy.  The windshield, front grill, and front of the Airstream were covered in the yellow green pollen guts.  I didn’t take any pictures because I assumed you wouldn’t want to see the carnage.

It’s really refreshing to observe and interact with people that are enthusiastic about their jobs.  We met two such people this trip.  The first was the young lady working the booth at the campground as we pulled in early Friday afternoon.  She was so happy about all the flowers.  Her fervor was infectious.  She went above and beyond her duties as a Ranger and took a bunch of little Home Depot landscaping flags to identify the flowers along the 1.4 mile Moonlight Canyon hike.  Just like two weeks ago, it was windy this trip and Allison was concerned her flags might be blown away.  We only found one that was uprooted and Amelia replanted it.  Kudos to Ranger Allison!

The second was Judy Taylor.  A professional entertainer, musician, leader of The Wild Oats, an all girls western swing band. She’s also a wild west performer, doing fancy rope tricks, gun spinning, and bull whips!  I have no idea how much the county paid her to show up and entertain their guests for an hour at 3pm on a Saturday, but in front of 25 people she was engaging and very interactive with the audience.  A pro’s pro and you can tell she really enjoys it. 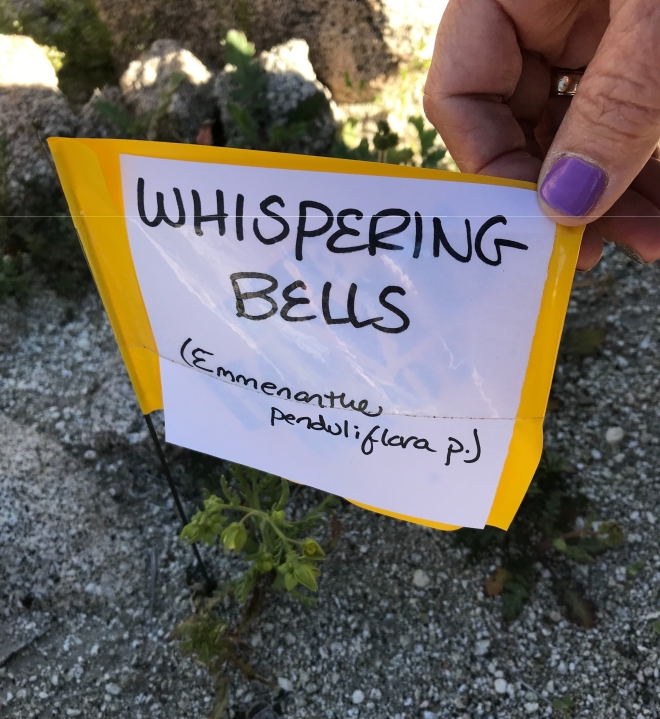 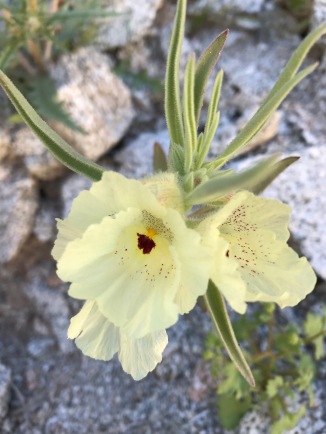 Ghost Flower fun fact: the inside looks like a she bee to attract the he bees. 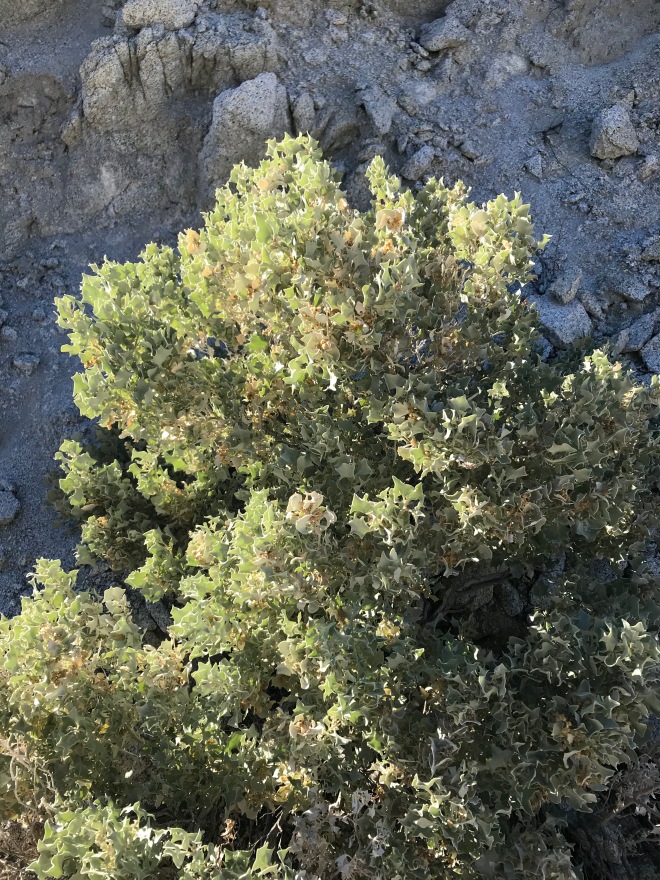 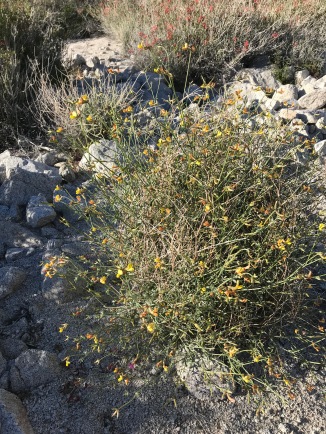 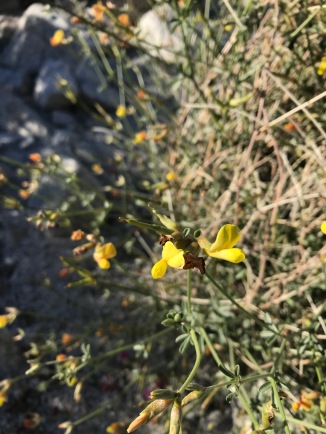 I love this picture! In the background that’s Amelia, D, J, and A walking up the trail

This isn’t a dead end.  The slot turned left.  It’s just one of many slots in Canyon Sin Nombre.

A cool collapsed mud cave in the Arroyo Tapiado area.  We also went into a pitch dark mud cave. 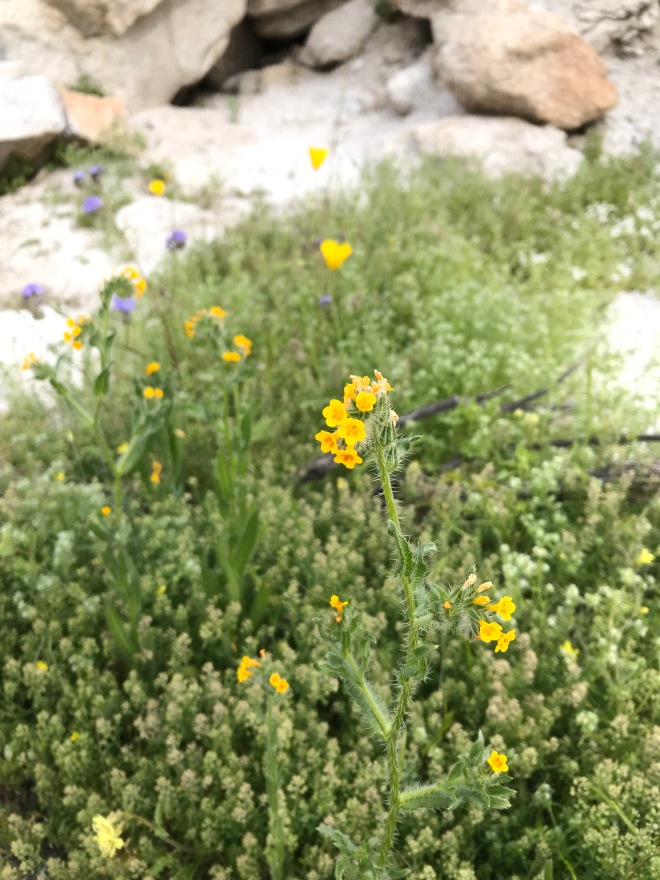 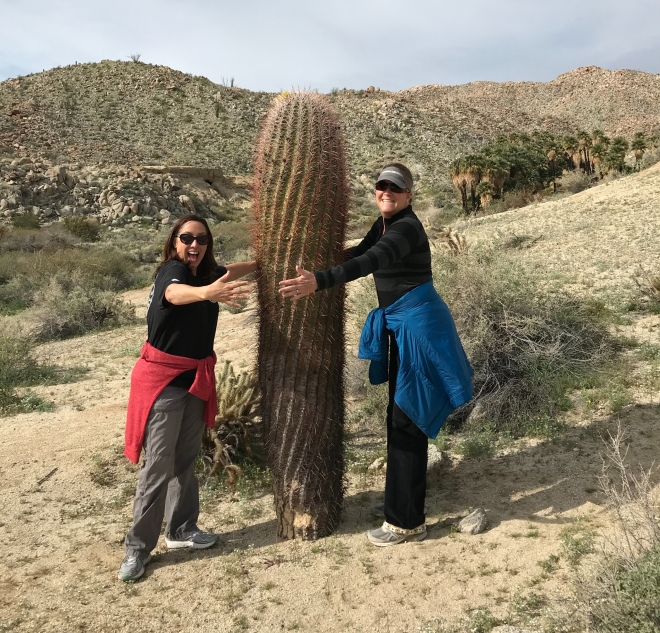 J and Amelia hugging the tallest barrel cactus any of us ever remember seeing. 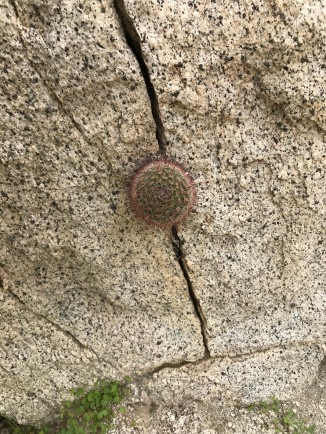 Fishhook cactus, one tough son of a gun, growing out of a rock.

If you pay close attention you can find pottery shards from the Native Americans. 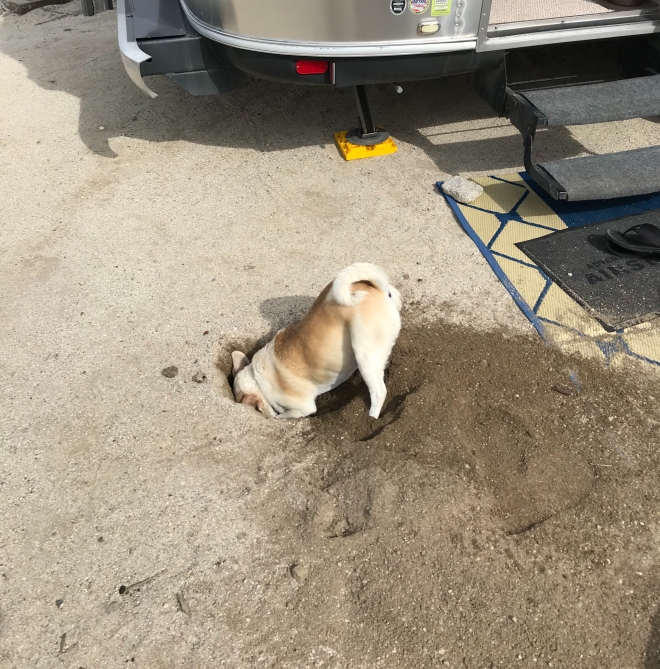 D, Buddy, and Sara.  Buddy is a Tibetan Spaniel.  On Friday night Sara got jealous when Buddy sat next to me! 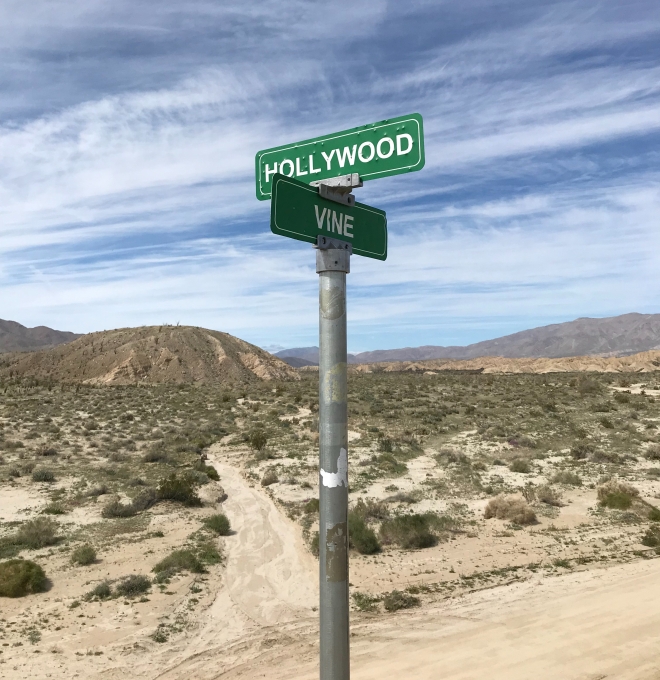