They consider this a shady full hook up site at Green River, Utah, KOA.

If it’s July and you’re in Colorado there’s no way to get home to San Diego without suffering in the heat.  We chose the I-70 to I-15 route.  From Steamboat Springs to Green River it was six and half hours.  Green River to Vegas, eight and half hours, but we stopped often to take in the beauty of the San Rafael Swell.  Then Vegas to home, six hours.

One of the most interesting trails I’ve ridden. Named after the Athena missile which was based here in the early days of the cold war.  It’s a 5.5 mile loop.

An overlook of the Green River on the Athena Trail

You can see the trail going through the crazy moonscape like terrain.

There was also a stretch of rock to ride.

Seems like the kind of place “we” would launch missiles from in the 1960s.

These are concrete tent pads from the old missile base.

One of our stops on I-70 after Green River. We love this scenery.

Another stop, Amelia just had to walk the rock. 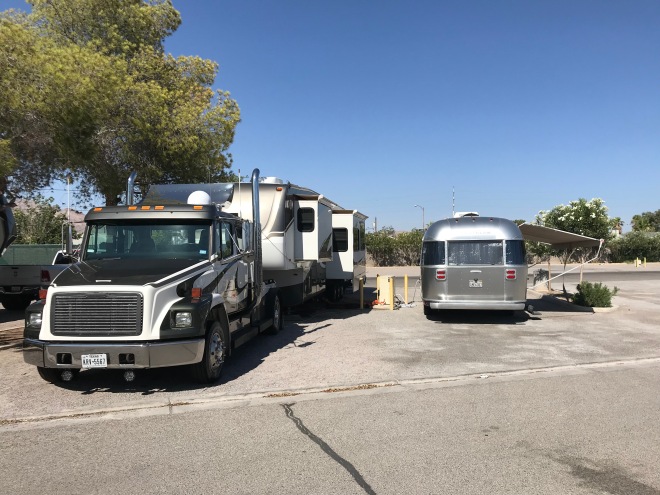 Our not so lovely site at the KOA Sam’s Town in Vegas. 104 degrees when we arrived.

Miserable Vegas heat, so the girls were standing under the AC. It’s hard to cool off the Airstream when it’s 96 degrees inside when you turn on the AC. It took hours just to get the inside to 84 degrees.

Some random notes and thoughts on our trip and Colorado:

The trip was 33 days long and we drove 3,390 miles. The Mountain passes in Colorado are beautiful but stressful when towing. It was the first time we’d been in second gear going down a steep grade, and we did it often.

Texans love Colorado.  There are a lot of Subarus.  Every town we passed through sold pot. There’s actually a place called Stoner, Colorado.  Unlike previous trips, I brought my fishing pole, but never used it.

In all the years we’ve been together we’ve never grilled hot dogs, until this trip!  They were quite tasty.  We drove through six states: California, Arizona, Colorado, New Mexico, Utah, and Nevada.  All this talk about our infrastructure being in poor shape is true.  The roads were horrible, even the Interstates.

I had no idea so much coal is being mined in Colorado.  In 2018, Colorado was ranked the 10th highest coal producing state.

There are a lot of rivers and they are all beautiful.

Duh, we know there are mountains, but geez the cell service was horrible.  It makes it difficult to work while on the road.

People love their campfires.  It was 85 degrees and they were lighting them. 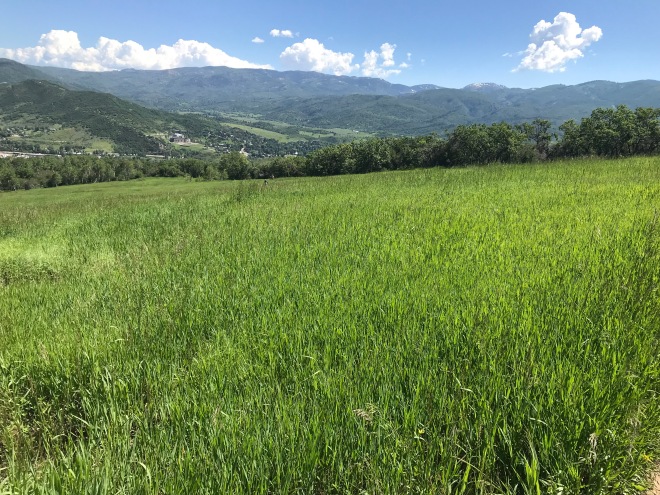 View from a trail on Emerald Mountain in Steamboat Springs

Phlox in Black Canyon of the Gunnison National Park 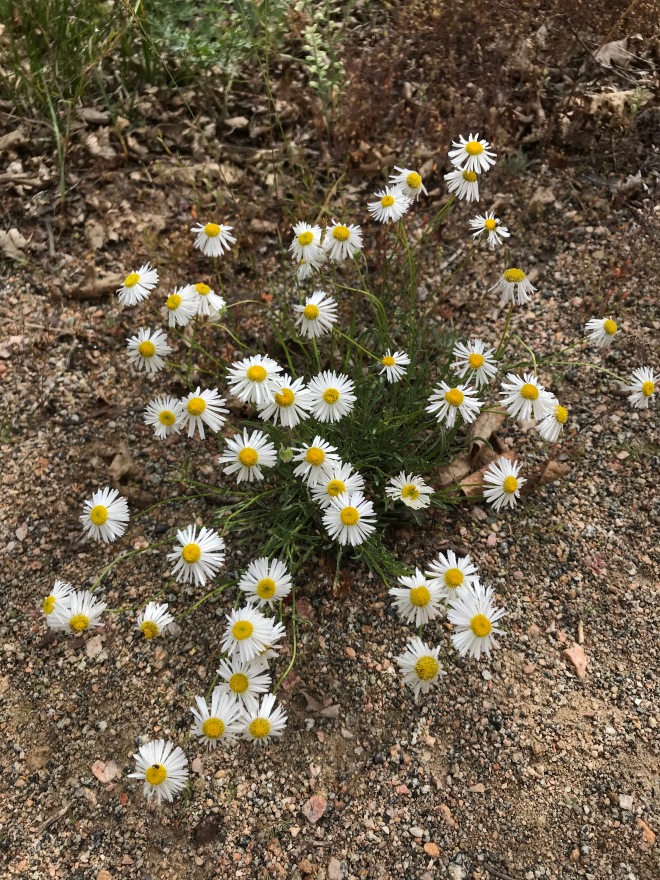 Fleabane Daisy in Black Canyon of the Gunnison National Park

There’s a trail in Salida called Chicken Dinner and it has nothing to do with being a winner.  It’s named after a popular candy bar introduced in the 1920s, that had nothing to do with chicken or dinner.  It was a chocolate nut roll.  Some folks consider it the first nutrition bar.  This is a genuine metal sign that came off the truck that used to sell them in the area, or some story like that. 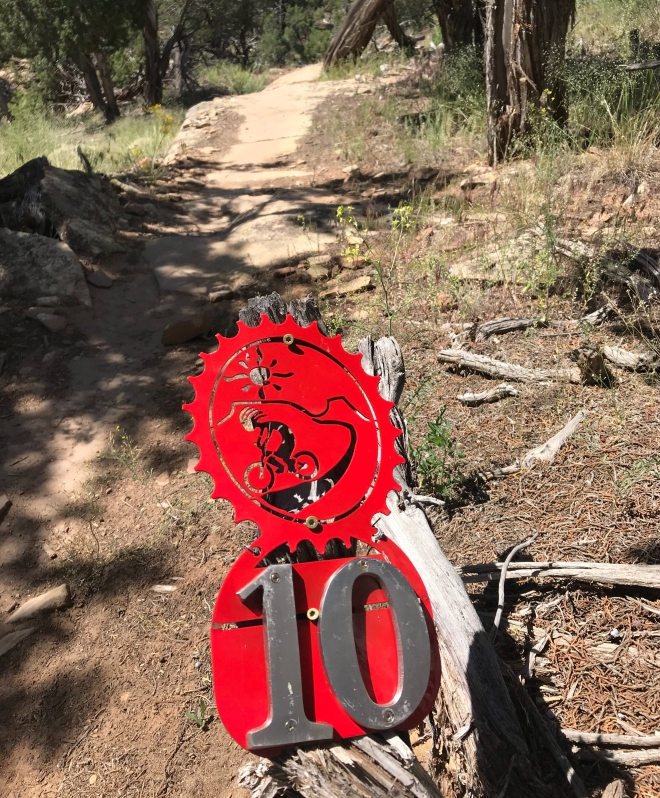 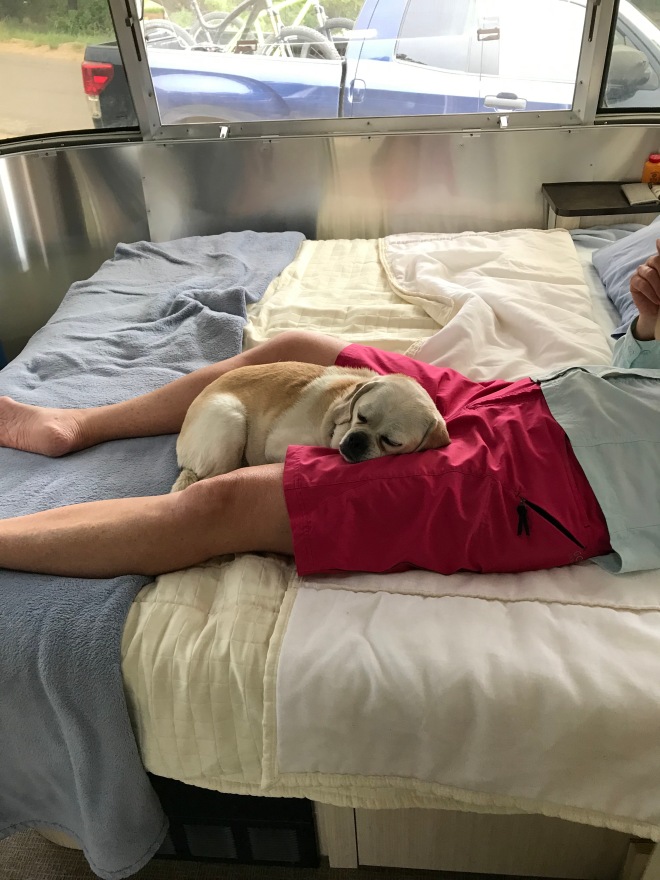 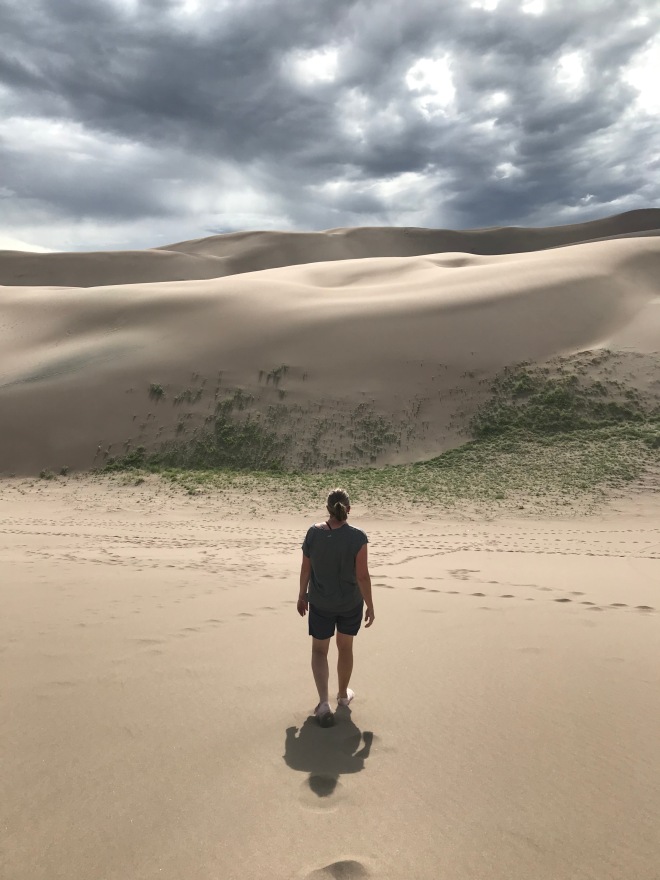