It’s the one year anniversary of my novella, Summer of ’78 A Road Trip.  Here’s some exciting news; there are folks in the United Kingdom reading it! How cool is that? To celebrate the anniversary I’m posting pictures from the trip. Most of these pictures are not in the book.

If you haven’t bought the book yet, please do.  It’s available through Amazon.  To everyone that has purchased it, thank you very much for your support. 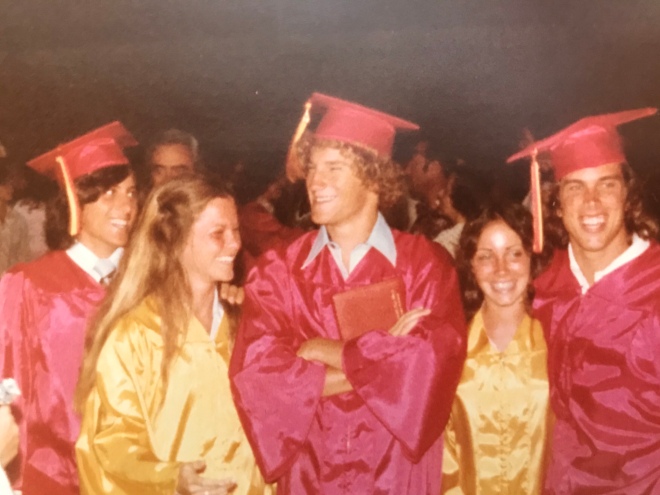 Fralia, Jules, House, MK, and me. The next day Fralia and I hit the road.

Fralia setting up our two-man tent. 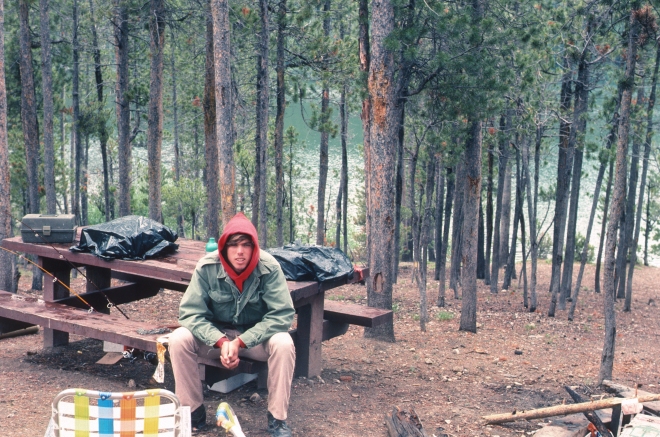 My recollections of the trip are clear, however I can’t place the campgrounds even with pictures.

We fished a lot.

And got sick and tired of eating trout!

Quite a look by Fralia! Cutoff overalls, flannel shirt, and white Adidas with no socks. 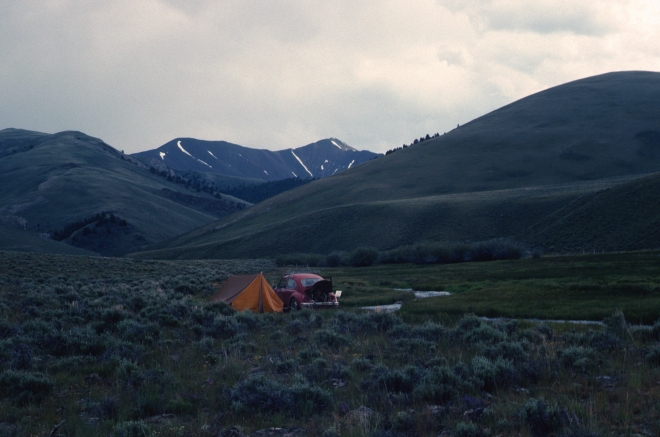 Somewhere in Idaho, my favorite camping spot of the trip. We felt so liberated. 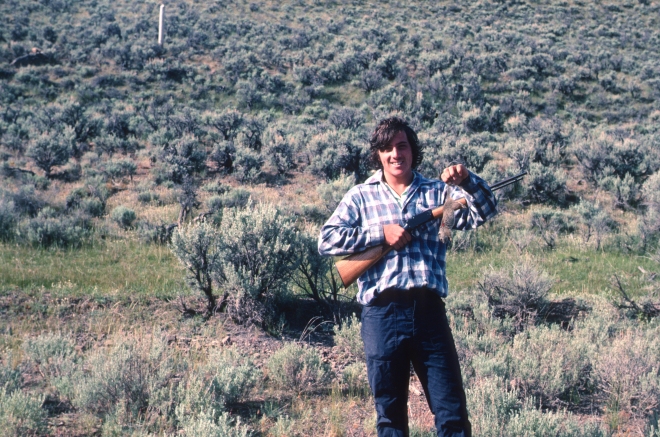 Fralia and the dead squirrel

Fraila sipping a Coors. I think we were supposed to return the Mt. Carmel sweat shirts, but no one ever did.

The back of Fralia, looking up at the Snow King Ski Resort in Jackson Hole, Wyoming.

My cousin Ty and Fralia in Aunt Dot’s backyard. There are so many things I love about this photo: the sweet chaise lounge cushion, the patio light, the hanging macrame pot holder, the transistor radio by Ty’s foot, and Lucky Lager in cans!

One of my all time favorite photographs. 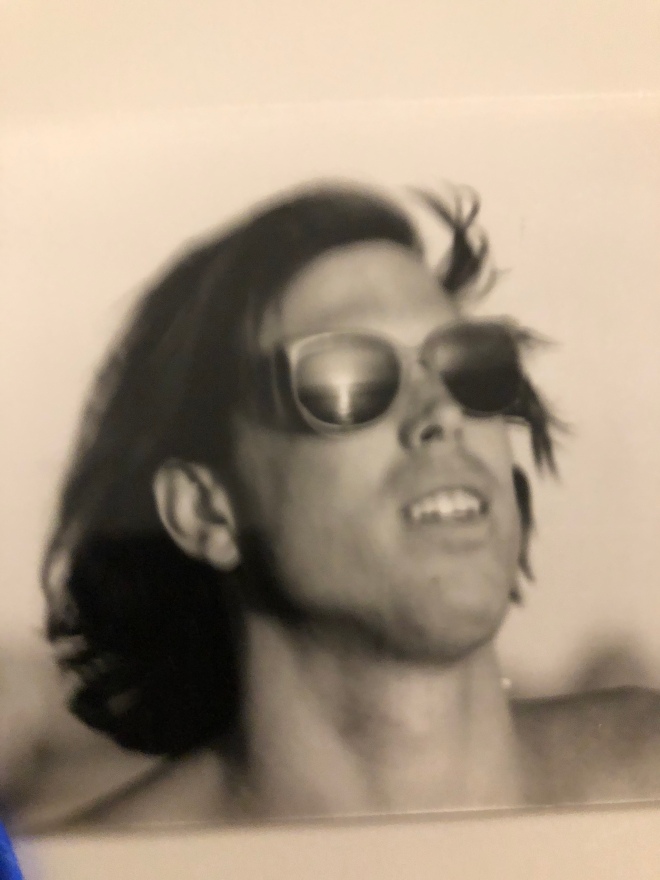