A Navy Seal candidate in Mt. Laguna.  (Photo from the internet.)

The Navy Seals do land navigation training at Mt. Laguna! Who knew? We certainly didn’t. It’s the third and final phase of Basic Underwater Demolition/Seal Training. While we were biking we kept seeing young men in full military fatigues with heavily loaded backpacks. One evening two of them were walking through the campground so I asked, “What’s up? What are you guys doing?”  His response was, “Land nav.” Amelia asked if it was fun. The first guy said, “No.” The second guy was dragging and didn’t say anything.  At this point we still didn’t know who these guys were.

We were also seeing super fit guys in dark blue t-shirts. They didn’t seem approachable, so we didn’t really ask them a bunch a questions. Later we found out they were the Seal instructors.

On our last day of riding there was a commotion in the meadow with a Sheriff’s helicopter. We couldn’t tell if it was a rescue or a training. The guy we were talking to while watching the helicopter was very knowledgeable, and we assumed he was just a hiker.  We told him about all the young guys doing land nav. He said yeah, he was one of the instructors. So naturally I asked why he wasn’t in a dark blue t-shirt like all the other guys. His response was, “It makes it too easy for them to see me.” He’s been a Seal for twenty years and answered all our questions. He was one of those guys you could easily talk to for hours. Our brief conversation was quite fascinating.

We are finally at the age where we have a twirly pinwheel! The Meadow loop of the Laguna Campground is very nice. The only downside is cell reception is sketchy at best.

Nail in the tire!  Buzzkill! It’s such an inconvenience. My muscle mass is definitely diminishing. It was like a wrestling match changing the tire. Nothing like driving around without a spare! At least it wasn’t on the Airstream. 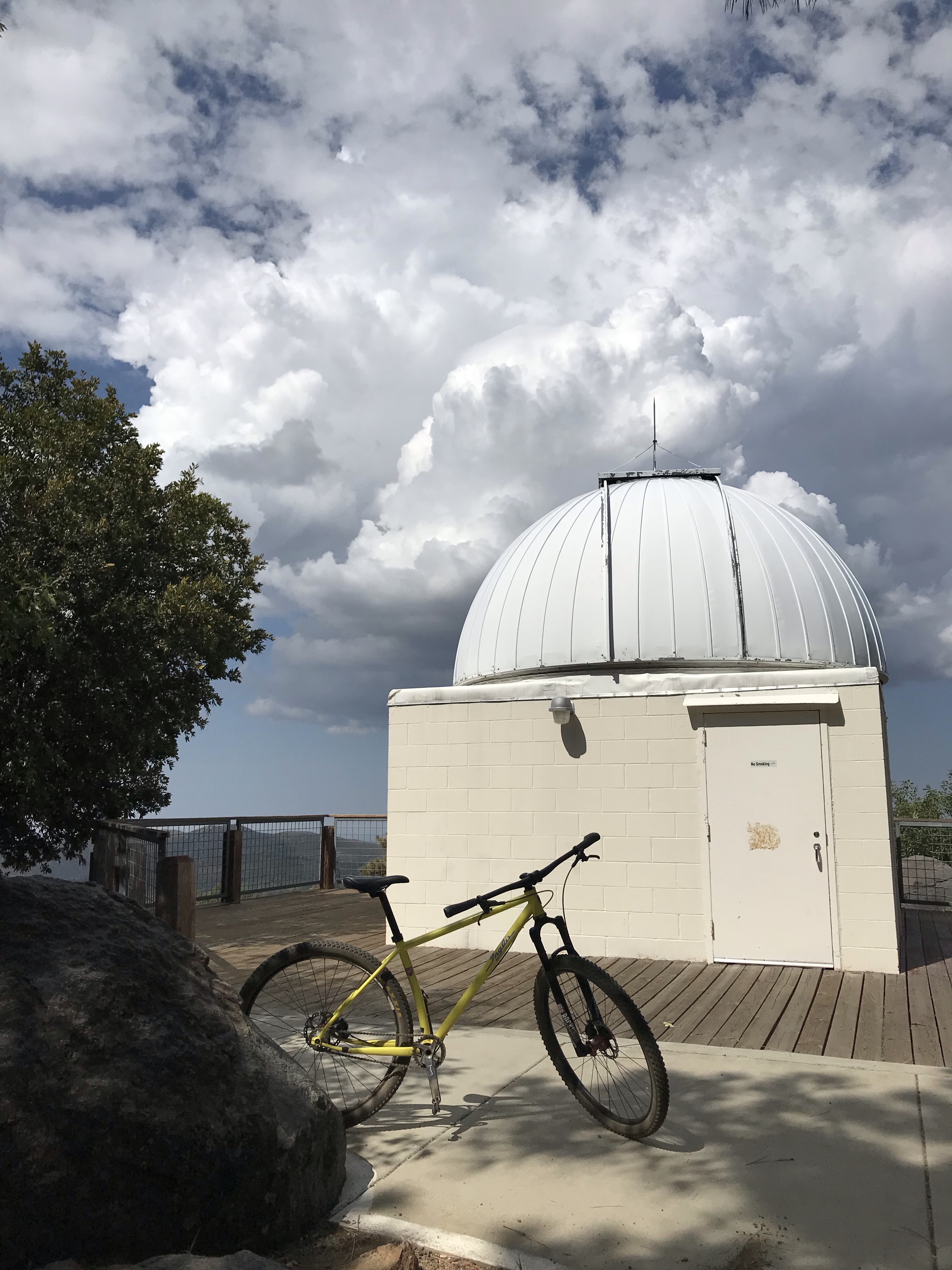 Gorgeous afternoon, the meadow was about fifty yards from our campsite.

This cool guy was camping.

So were these two cool guys. 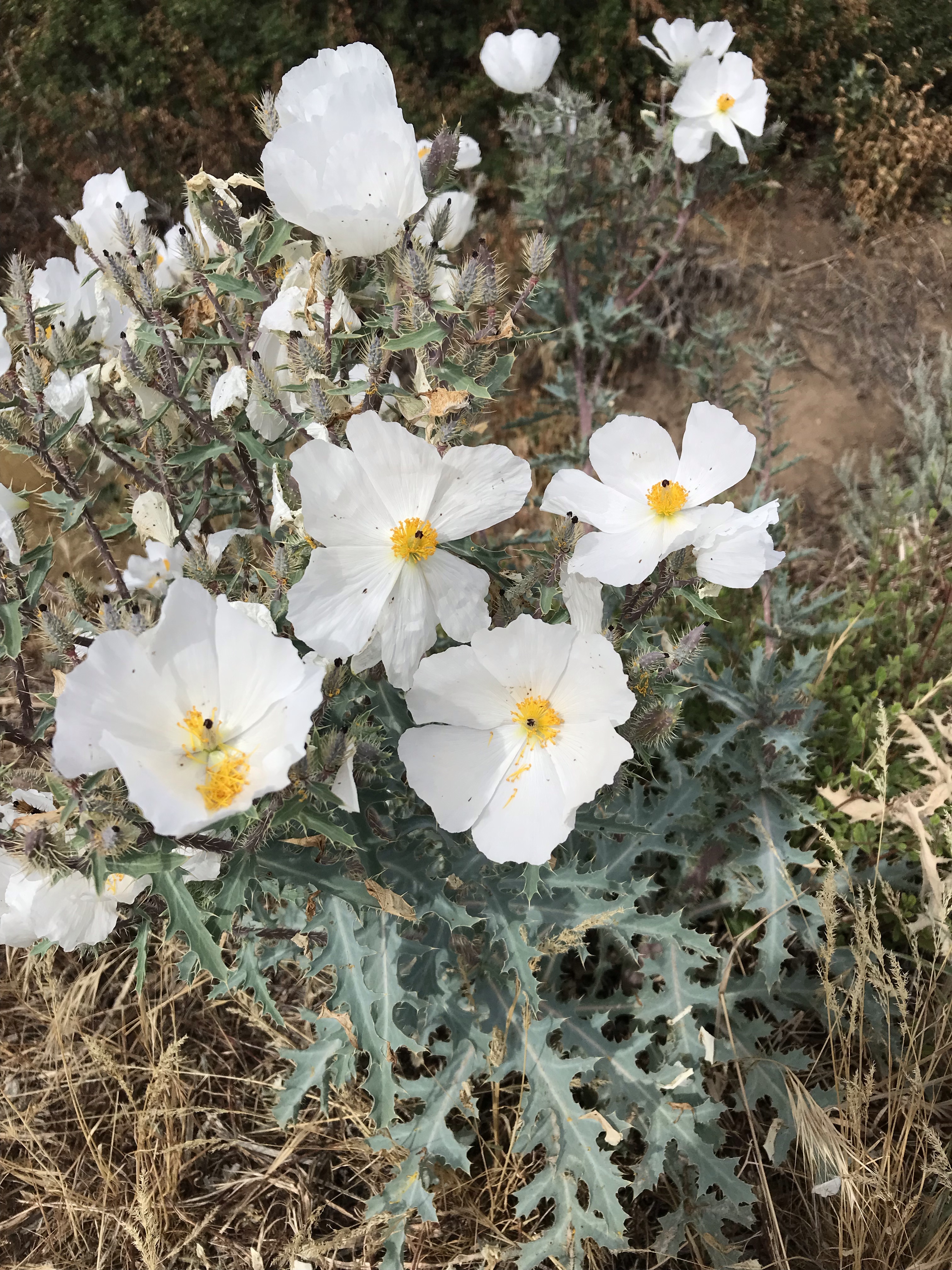 We did the short hike up to Garnet Peak. 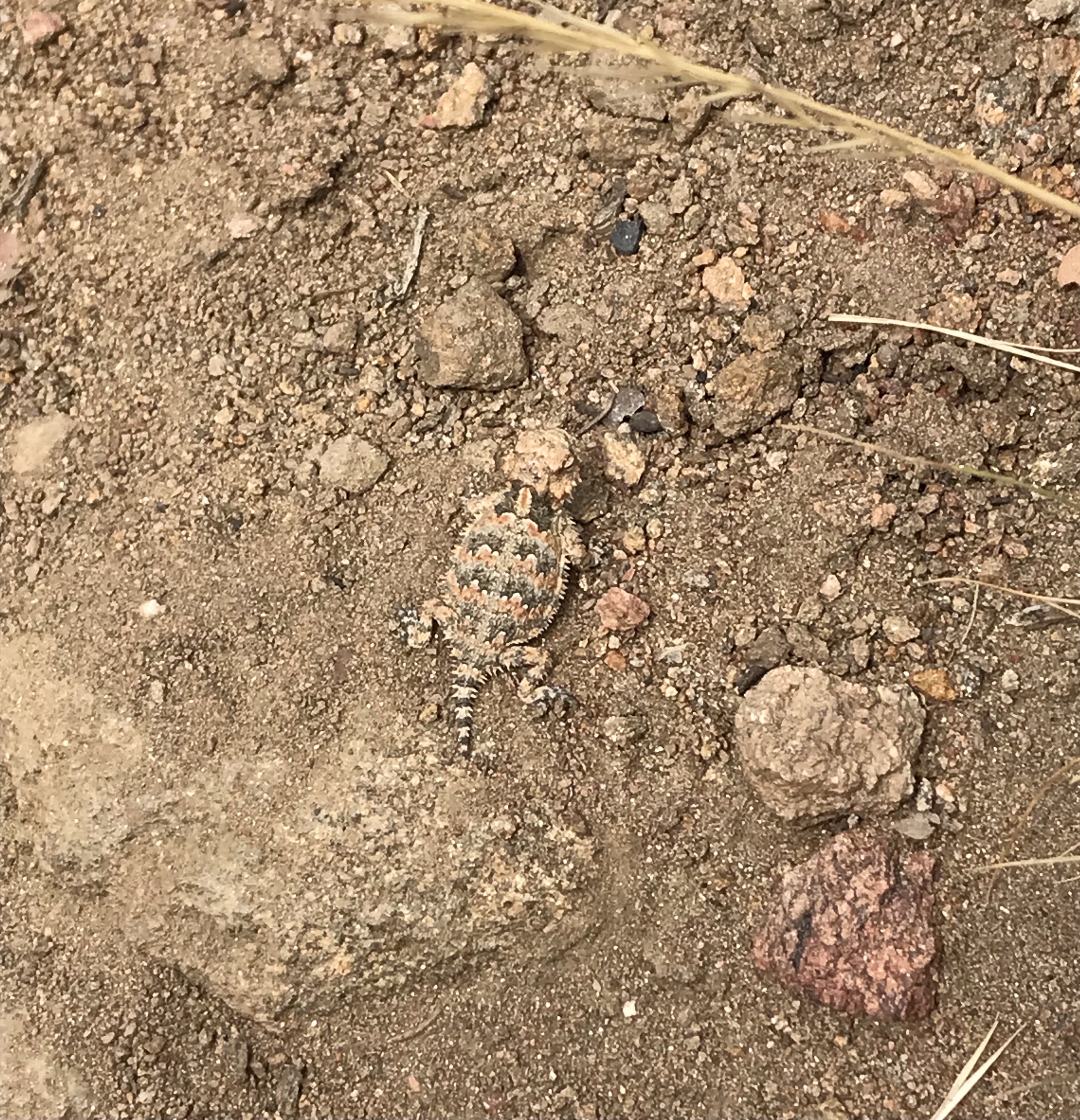 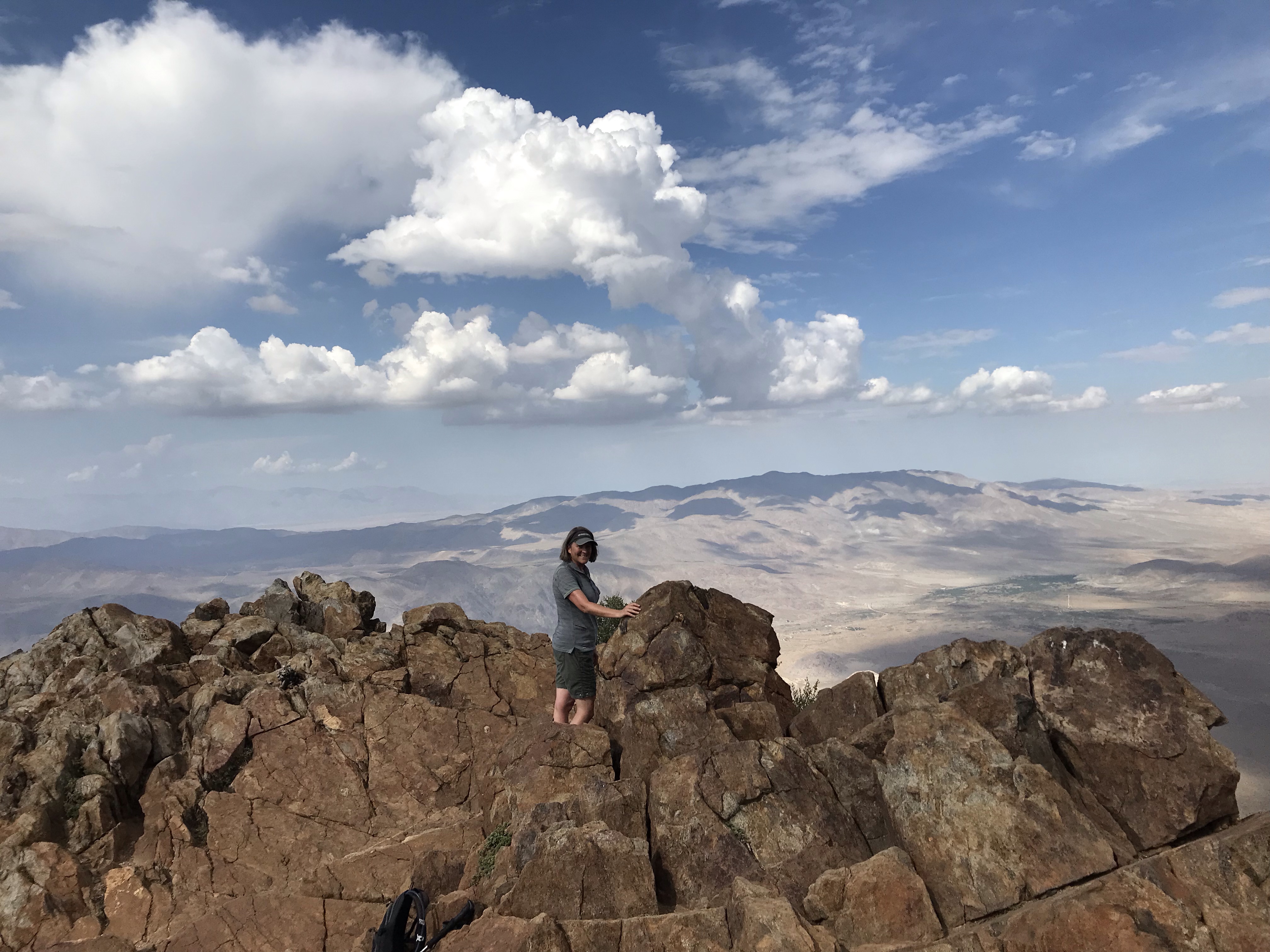 Amelia at the summit. It’s only 5,900 feet, but the views are magnificent. We experienced it on a rare calm day. Usually it’s one of the windiest spots in San Diego County. 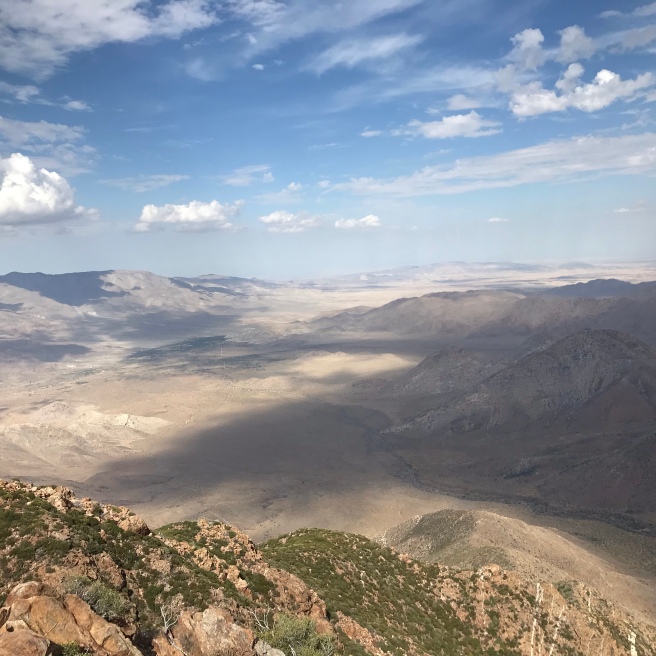 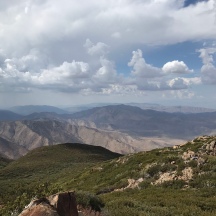 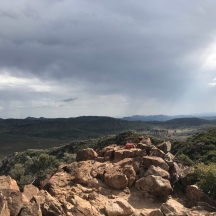 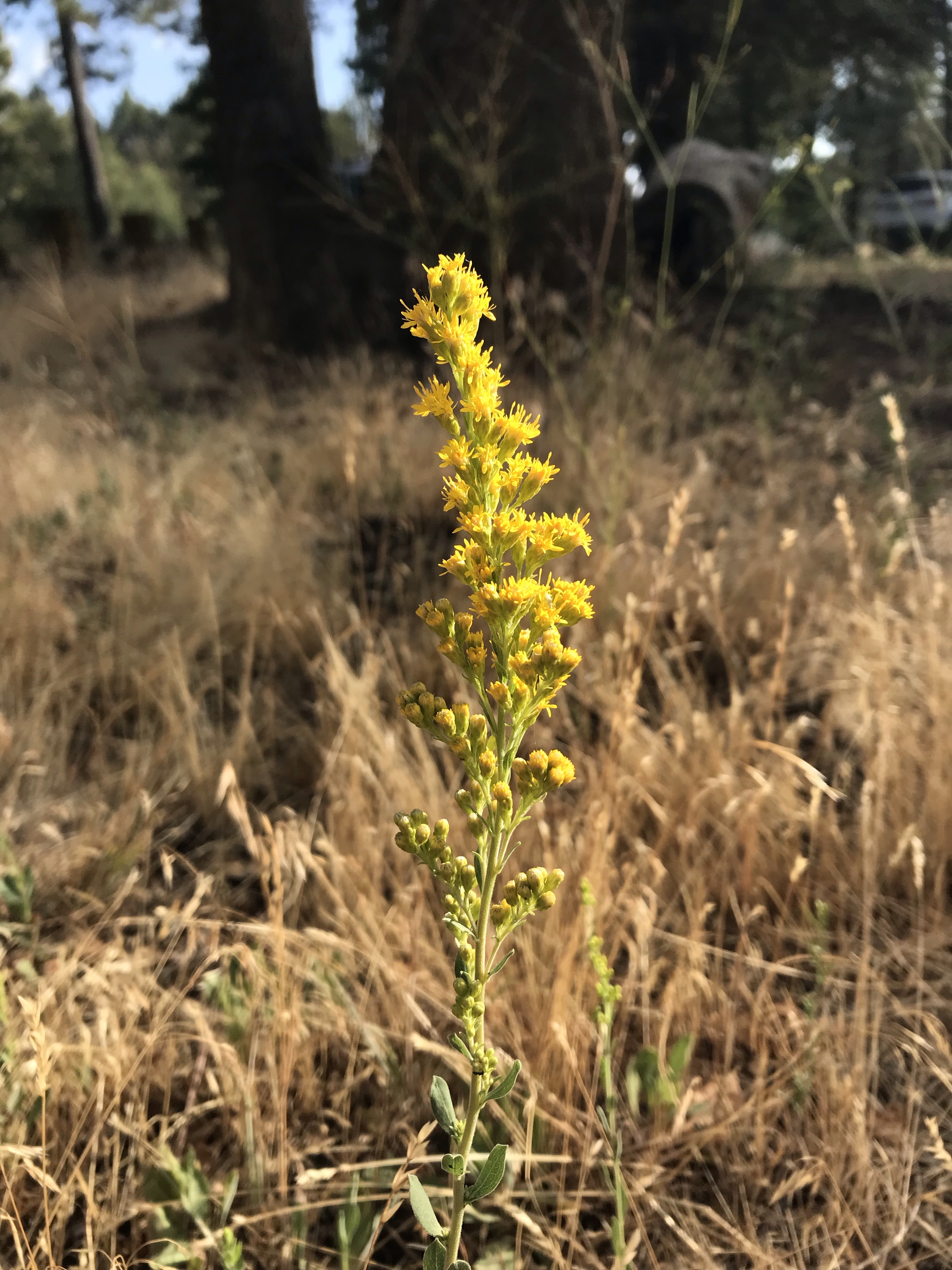 A midnight storm equals hero dirt the next morning! Tacky, not dusty, and the best dirt to ride on.

Helicopter commotion in the meadow

Dang! I was going to make a nice slow cooker chili. 😭

Coyote Bush.
It’s the two year anniversary of my novella, Summer of ‘78 A Road Trip. If you haven’t read it yet, please do. It’s available through Amazon. To everyone that has thank you very much for your support!
Red-back jumping spider on our Madagascar Palm.
Can you see the grasshopper (Schistocerca nymph) in our Texas Ranger Sage?
Hello August! 😊
Monarch butterfly & San Pedro Cactus