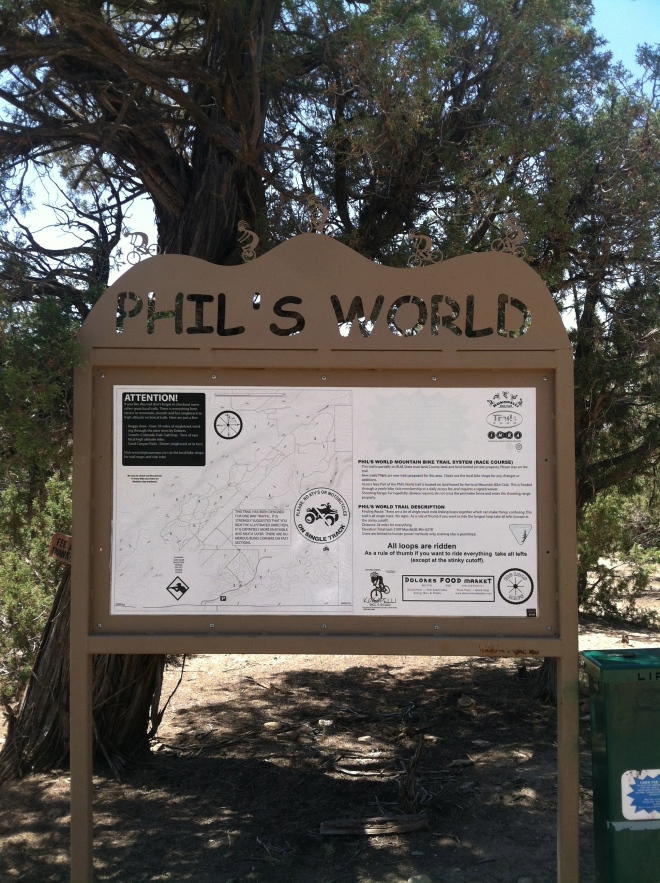 Phil’s World. The reason we backtracked to Cortez. Boy was it worth it, what a great ride.

You learn a lot about yourself while on the road. There’s a lot of time for reflecting. It was really odd we didn’t embrace Durango.  Much like when we were in the McKenzie River area of Oregon, it was a strange sensation being totally surrounded by beauty, yet claustrophobic. Cortez wasn’t even on our radar this trip, yet we were hearing all the hype about Phil’s World, so we decided to backtrack, and drove 45 miles west to Cortez. We immediately felt more at ease, something about the wide open country does that for us. We fell in love with Cortez and ended up spending six nights. Enjoy the pics. 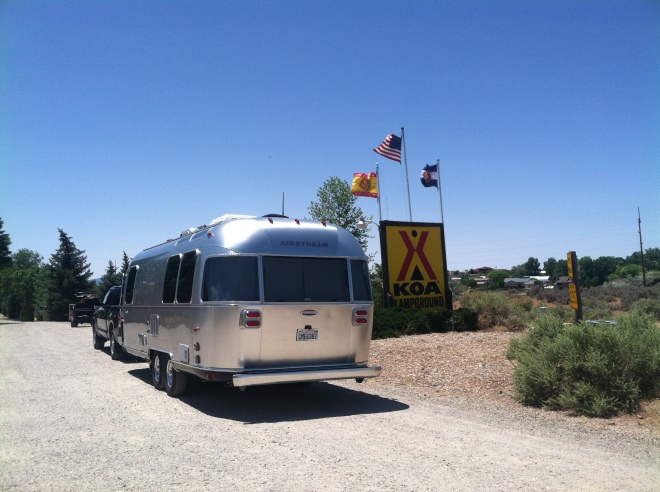 Sweet memories of my youth. We spent many a night at KOA’s back in the 70’s. 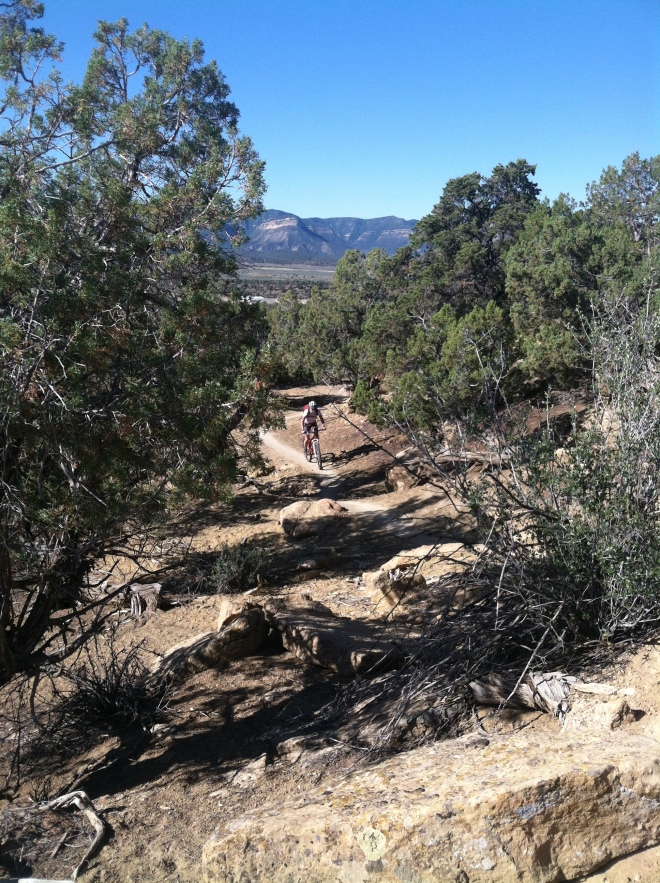 Uphill stretch at Phil’s World. We love this kind of scenery, terrain, and wide open space. 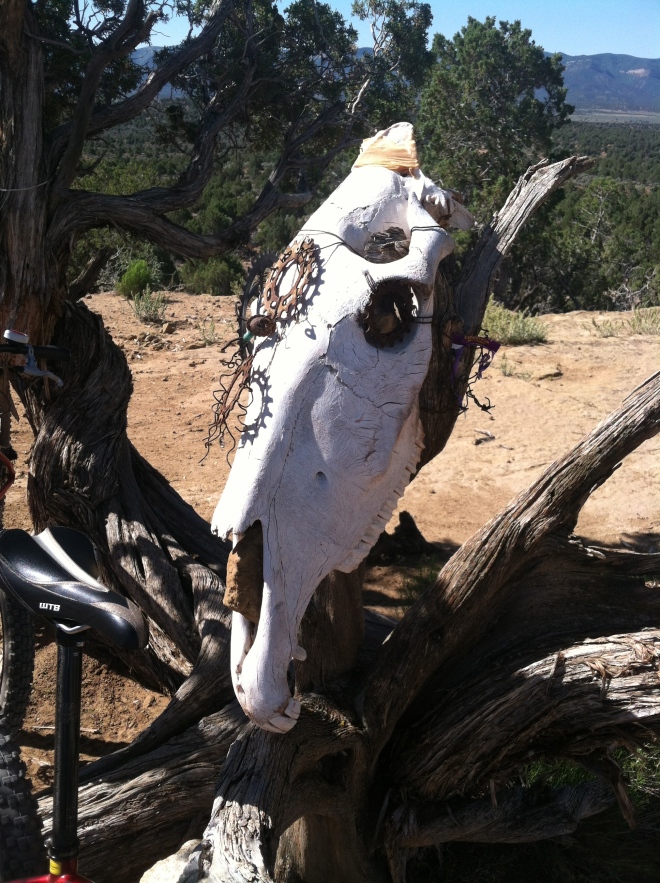 So cool, one of the intersections at Phil’s. 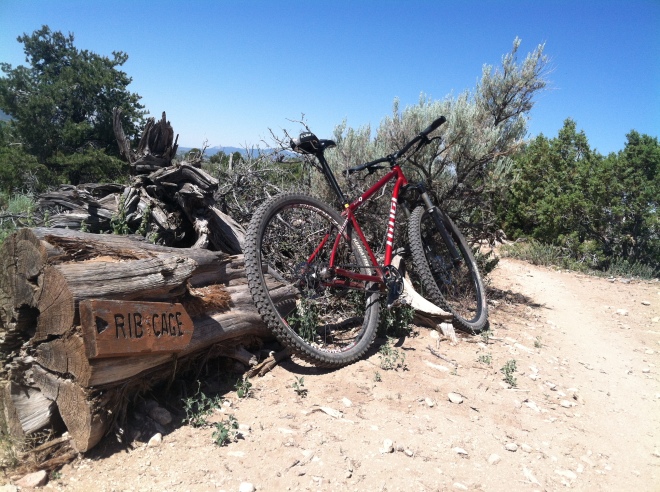 Rib Cage at Phil’s. Better than an amusement park ride. If you are a mountain biker you really need to go here. 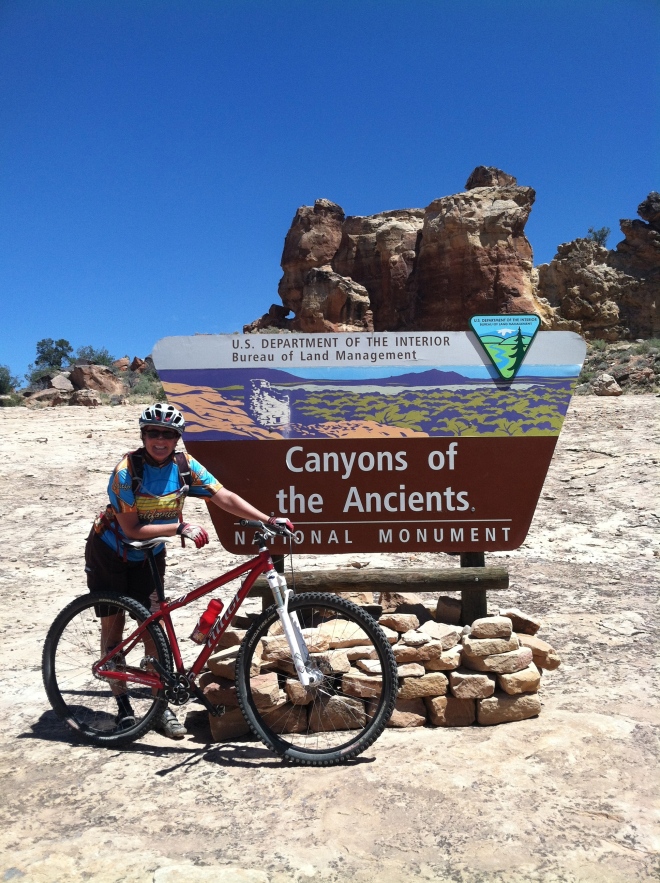 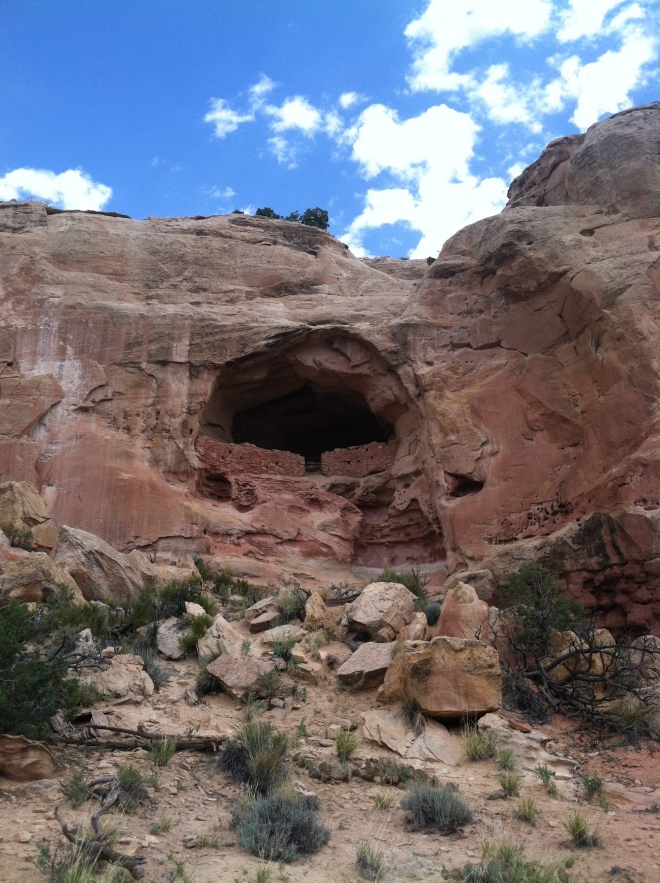 Very interesting riding your bike past an ancient dwelling. 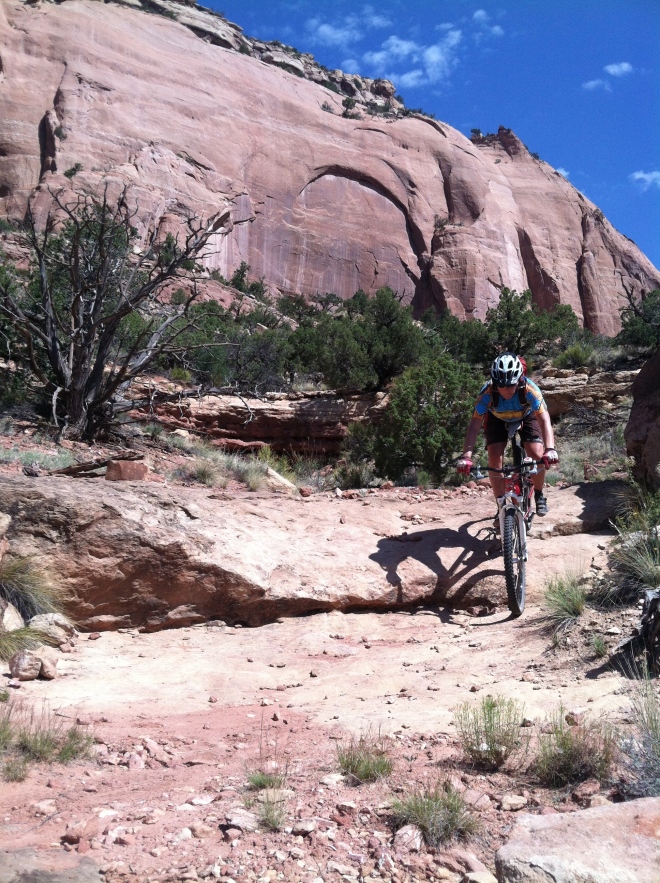 Amelia going down a drop. 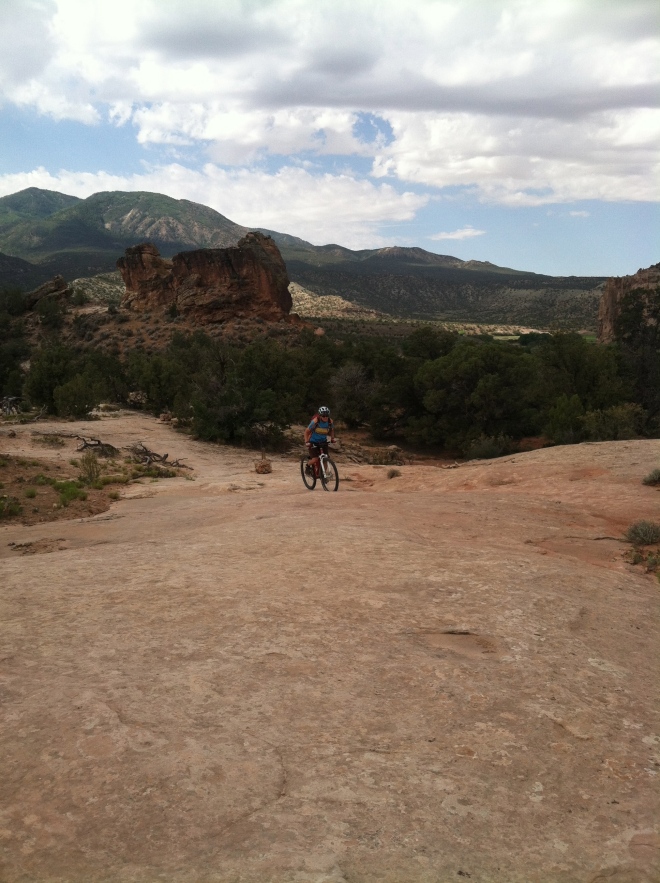 A long rock uphill at the Ancients. 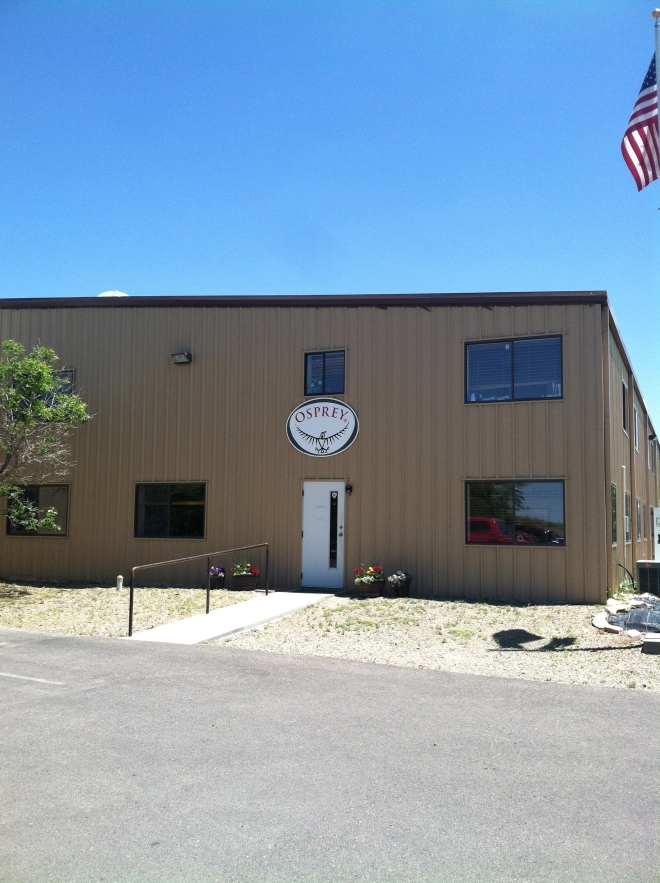 So we are driving through multiple states with our recyclables, looking for a convenient place to deposit them, I’m threatening Amelia with just tossing them in the garbage. But I said “I do” back in 2001, so we are driving through an industrial park in Cortez looking for the city recycling station, low and behold we see the Osprey sign. It’s their distribution center. Amelia has been needing a new bite valve for her hydration pack for weeks. We walk in, talk to them, and they give her one for free! 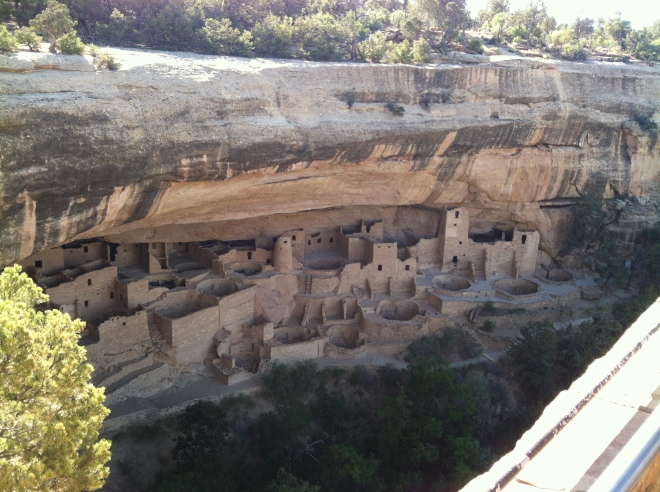 Mesa Verde National Park wasn’t on anyone’s agenda. We are really glad we went. It’s the fifth oldest national park. This is Cliff Palace. It almost looked like a miniature movie set until you were up close. 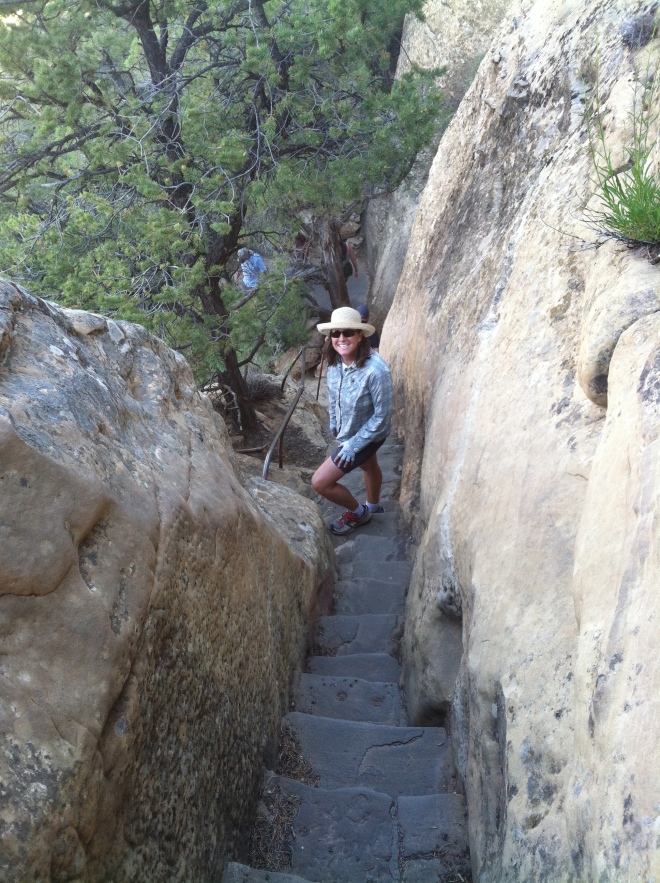 Amelia walking down to Cliff Palace. The Civilian Conservation Corps built the stairs in the 30’s. 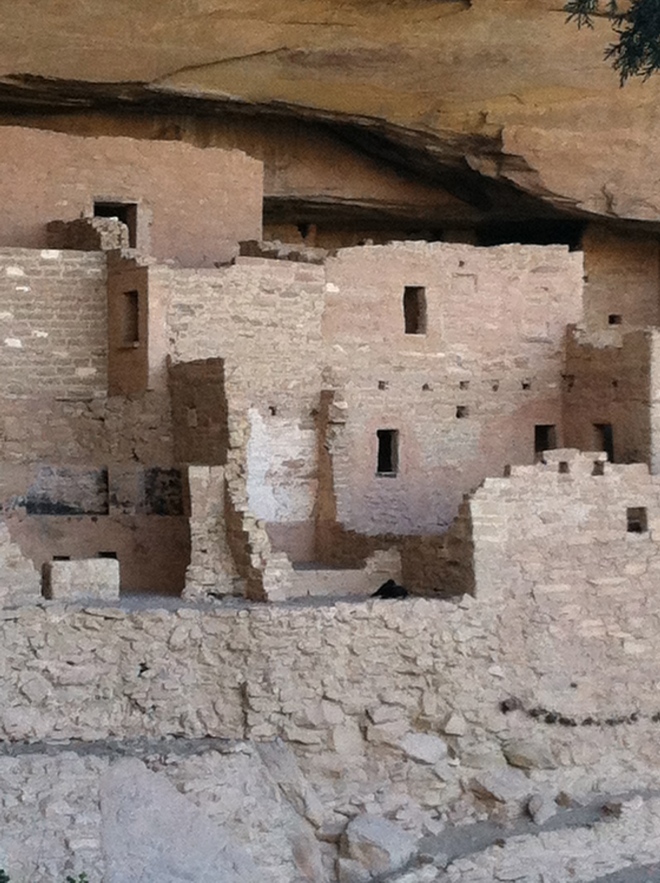 Up close at Cliff Palace. They estimate the Ancestral Pueblo people lived here from 1200-1290. 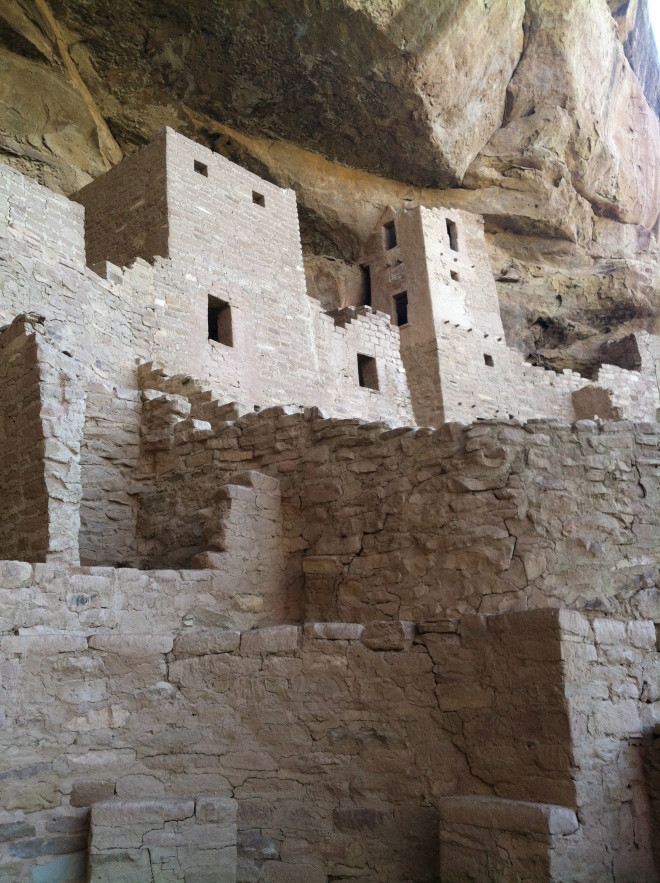 Balcony House, the second tour we took. This one involved descending a ton of stairs, then ascending a 35 foot ladder to access the cliff dwelling. To leave we had to crawl through a short tunnel and climb two more ladders. Amelia really enjoyed our guide’s enthusiasm and knowledge. 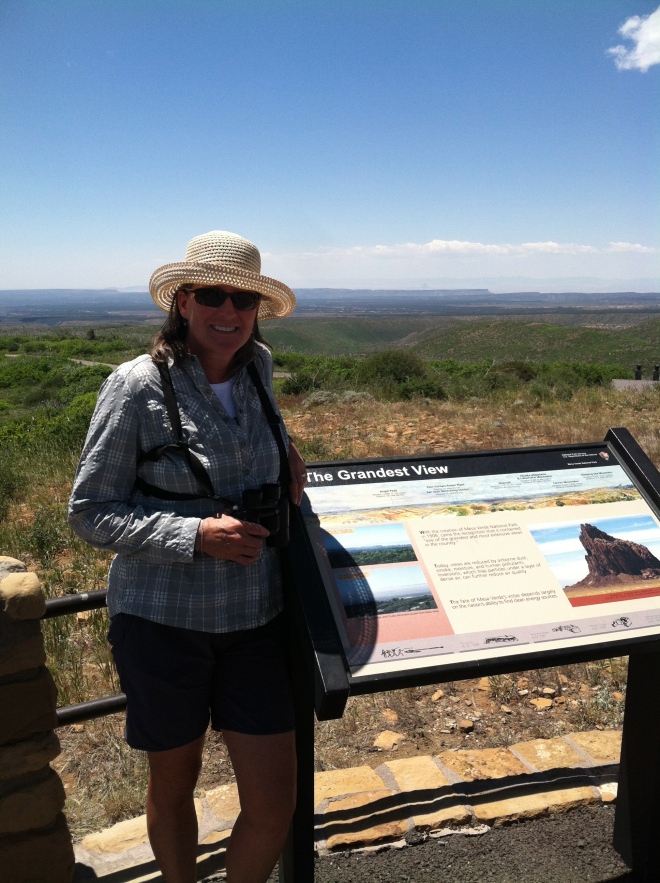 The Grandest View at Park Point Overlook in MVNP, 8,572ft. Crazy 360 degree views of the southwest. 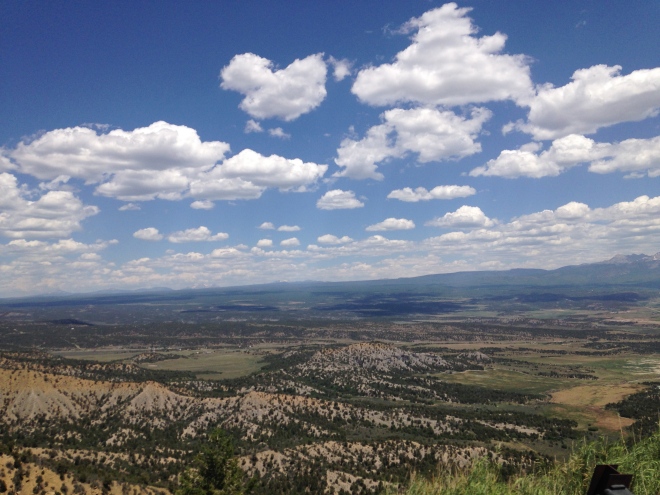 Like clockwork, at about noon everyday the cotton ball clouds appear. This shot was heading down the hill from MVNP into Montezuma Valley where Cortez is located. 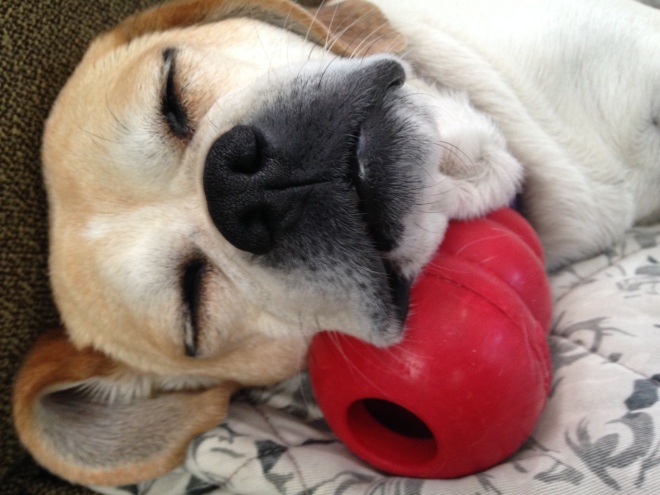 We’ve decided our girl is definitely older than the 2-3 years the animal shelter told us. 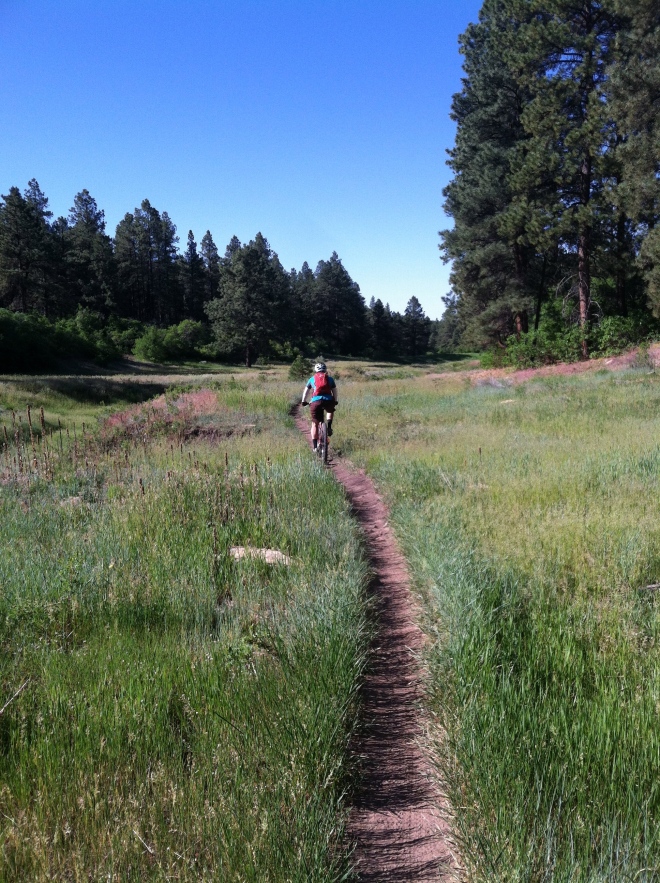 Maverick’s Trail in the Boggy Draw area above Delores. When it’s too warm to ride in Cortez this is the go to place. 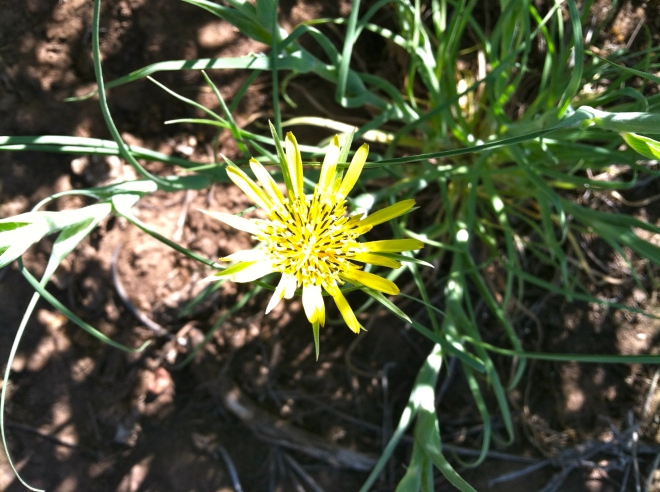 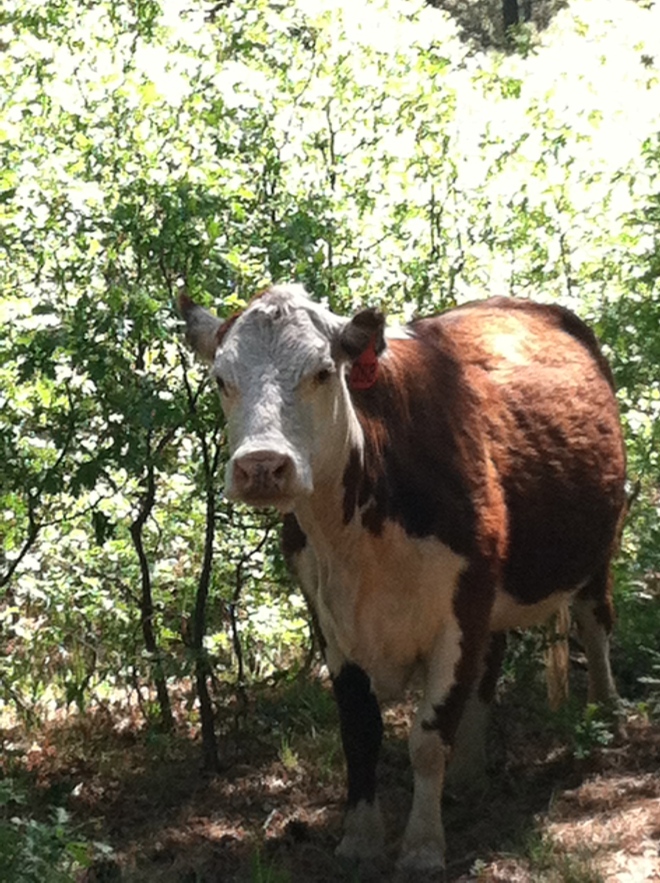 June 1st is when the San Juan National Forest allows grazing in the Boggy Draw area. It’s pretty exciting to be ripping around a blind corner and have a big ol’ cow standing in the trail. 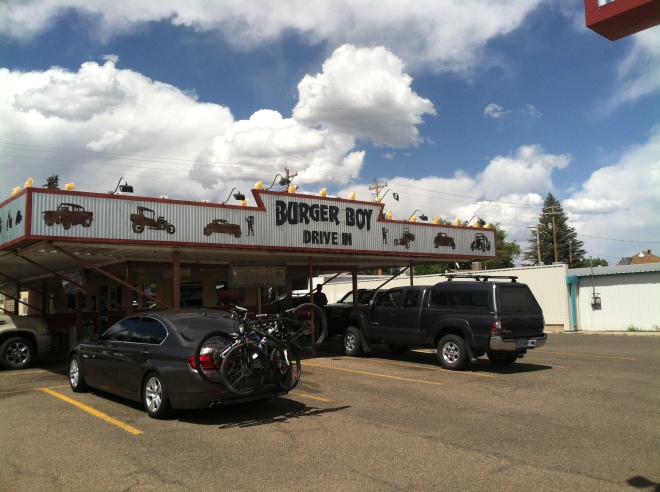 When in Cortez, eat at the Burger Boy. The tater tots are excellent!

So long Cortez, you’ve been wonderful. We can’t wait to come back and visit you. Tomorrow it’s off to Moab.