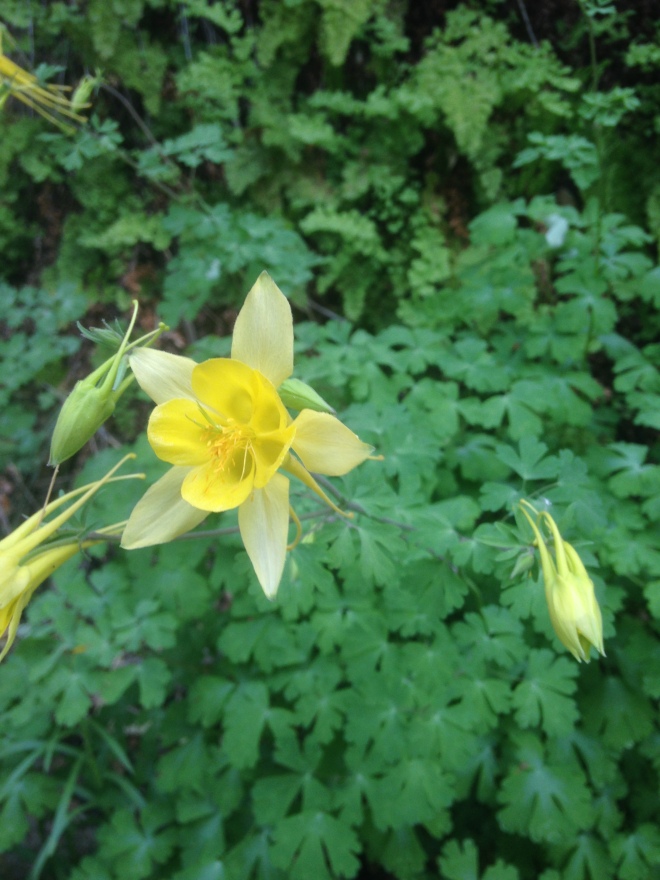 While visiting the White Sands we spent three nights at Oliver Lee State Park.  If this park is any indication,  New Mexico has some nice state parks.  The campground is situated at the base of the Sacramento Mountains and Dog Canyon.  The canyon is a box canyon with a fabulous hiking trail that is over 11 miles round trip with 3,100 feet elevation gain.  We only did 7.5 miles and 2,200 feet after I had the bejesus scared out of me with the closest encounter of my life with a rattlesnake.

Seeing rattlesnakes is a weekly occurrence while biking back home.  I’ve even rode directly over one that was stretched out and sunning himself on the trail.  That gave me a jolt of adrenaline.  Heck, Sara was bit by one in our backyard.

This one totally caught me by surprise.  A nice peaceful quiet trail, Amelia was yards behind me, then bam, out of nowhere the unmistakable loud hiss and rattle.  I was literally six inches away from him, for about a second, then I turned and ran like a striped ass ape down the hill.  I was scared and shaking from all the adrenaline.  The snake was scared, pissed, and sounding like a Rainbird sprinkler.  That was too up close and personal with a Black-tailed Rattlesnake for me.

My wife, she wants to keep on hiking, “Come on, it slithered into the rocks.”

“F you,” I said, “Look at me I’m still shaking!  The last time I was shaking this bad was when I skied Phillippe’s solo.”

“Come on, we can get by it.  Let’s just go around the next corner and up some more.”

“Are you kidding?  Then we have to come back down right by it again.”

So of course we kept hiking, eyeing the rattlesnake hissing and rattling at us as we ran past it.  We only hiked for about another half mile and decided it was time to turn around.  We were already out for about two and half hours, and promised Sara we wouldn’t be gone for longer than five hours.  Once we got to the spot above where I almost stepped on the rattlesnake, we started throwing rocks hoping to scare it off the trail in case it was sunbathing again.  We didn’t hear anything so we slowly started walking, saw the trail was clear and felt completely relieved.  “See, I told you,” says Amelia.  Then it rattled and hissed and we ran for our lives down the hill.

Our site at Oliver Lee State Park.  That’s Dog Canyon behind us.  And a 90 degree back-in by Amelia!

Dogweed.  Kind of a crummy “common name” for such a pretty flower. 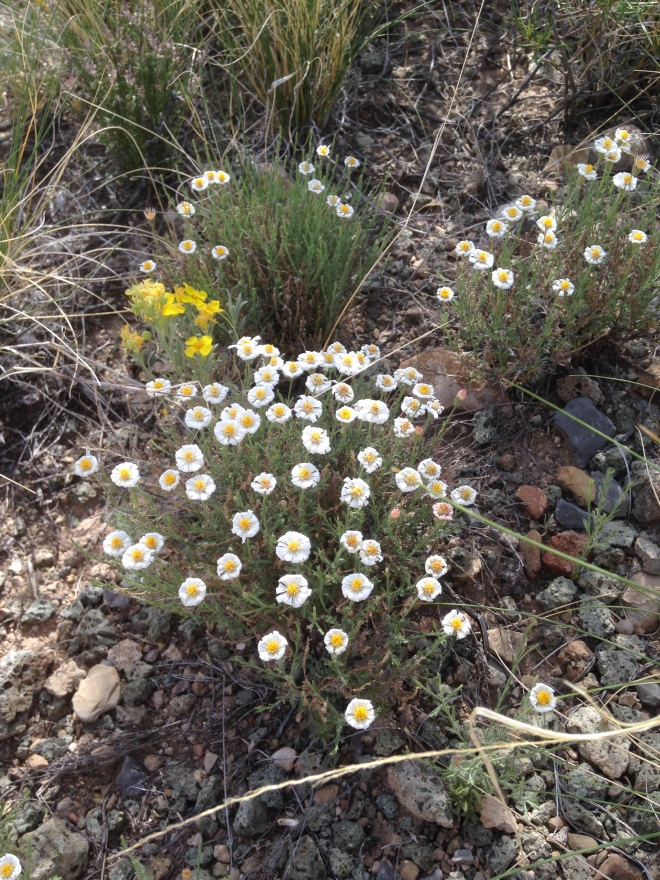 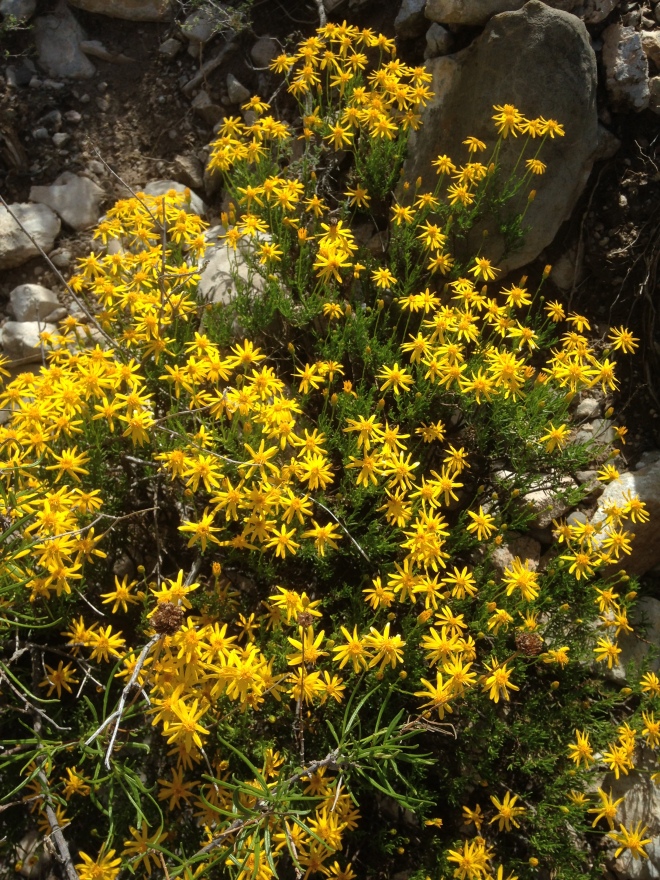 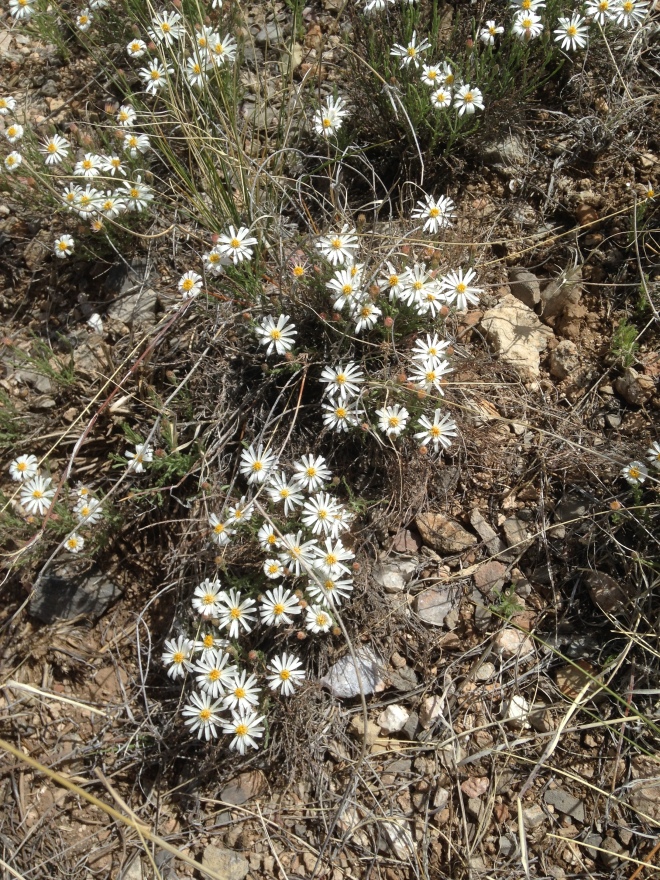 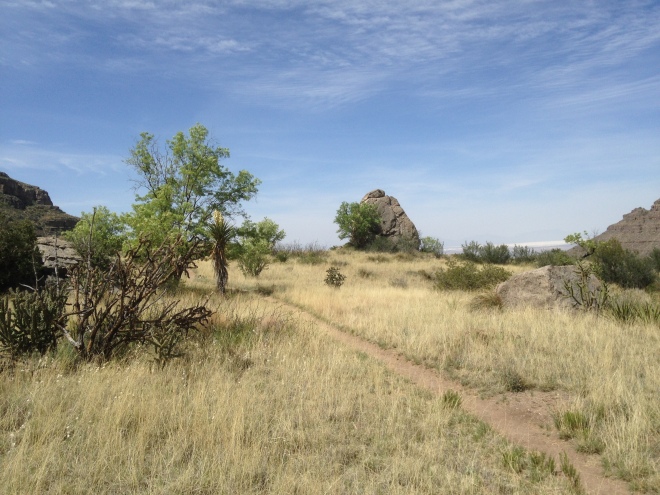 The second plateau on the Dog Canyon hike. 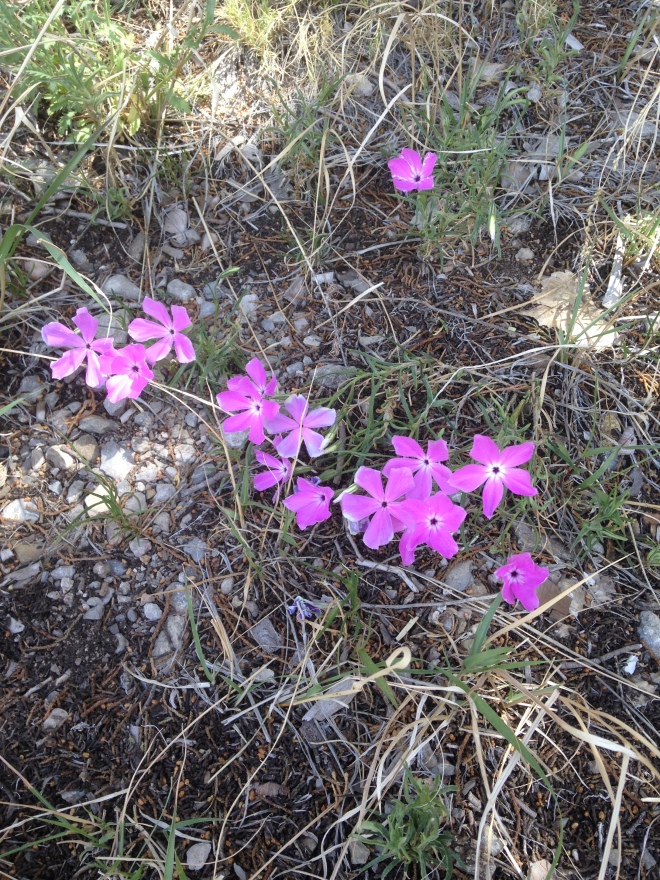 Black-tailed Rattlesnake.  Look closely, you can even see his tail. 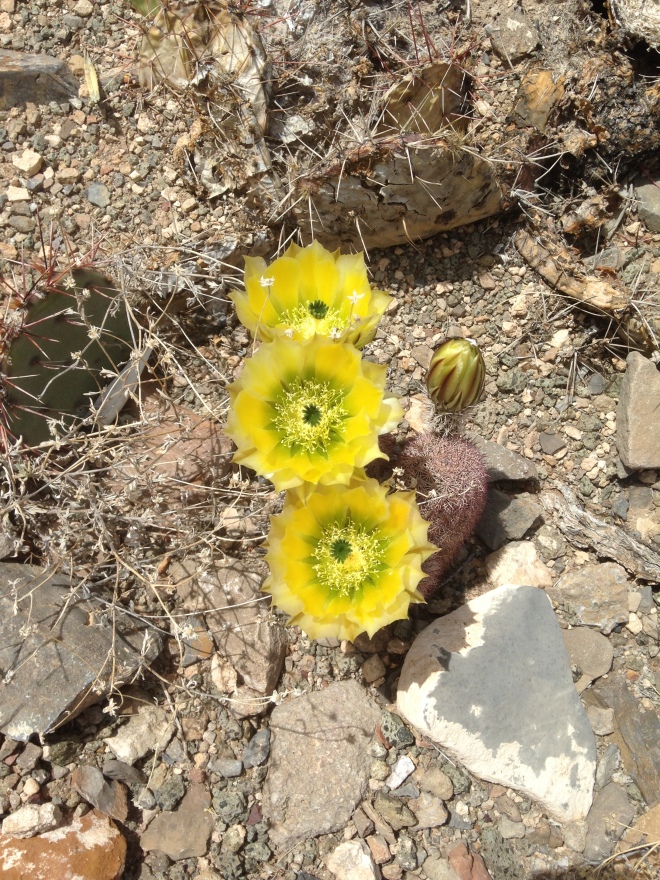 No guarantees, but I’m pretty sure we’ve properly identified everything. 🙂