We miss traveling and I miss blogging. I know, I know, things are “reopening”, but color us cautious.  Over 113,000 dead and 2,000,000 positives, and cases still rising in many states, including California. We will be staying put or close by this summer.

It never ceases to amaze me, I’ve lived here 46 years and I’m still discovering things literally in our backyard that I did not know about. Fletcher Point is one such place. The trailhead is only 4 miles from our house! It takes you through the least traveled west southwest side of Lake Hodges. The middle third of the hike is a little sketchy. I wouldn’t consider it a family hike nor a stroll for older folks.

You see the name Fletcher a lot in San Diego County. There’s Fletcher Cove in Solana Beach. Fletcher Parkway in La Mesa. Fletcher Hills in El Cajon. They are all named after Colonel Ed Fletcher (December 31, 1872- October 15, 1955). He was quite a guy that did many amazing things in his life, among them, he was instrumental in developing Lake Hodges.

Ever since the Covid stay-at-home era all the local trails have never been busier, so it was quite a delight for us to see only one runner. The other delightful thing was all the flowers, especially considering it’s June.

There’s one thing that gets Amelia going more than trash on a trail, and that’s chicks that leave toilet paper on the trails. I should’ve recorded her rant! She was going off on prissy girls not just air drying, but with much more colorful language and descriptors. 😂

The neighborhood pond at the beginning of the hike

The easiest part, the beginning 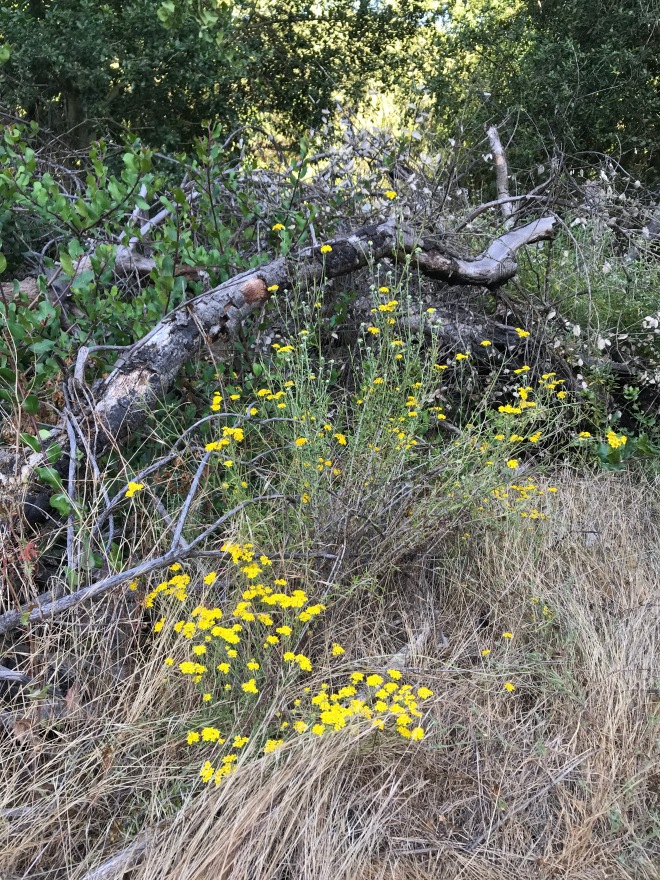 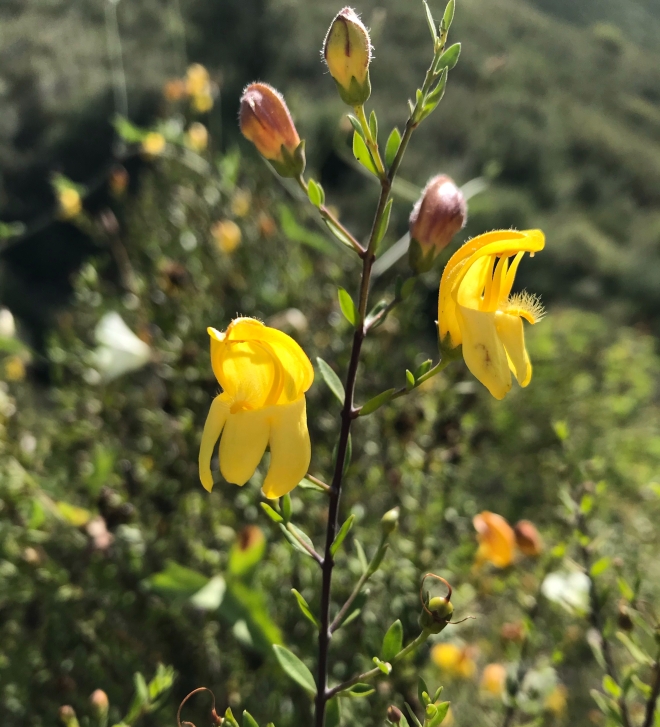 Seventy feet deep below that red buoyed corral is a contraption called a Speece Cone. The only one of it’s kind in SoCal. It constantly injects oxygen into the reservoir which reduces the nutrients algae feed on.

Charming Centaury. The flowers are so brilliant they look fake. I never use filters on any of my pictures. 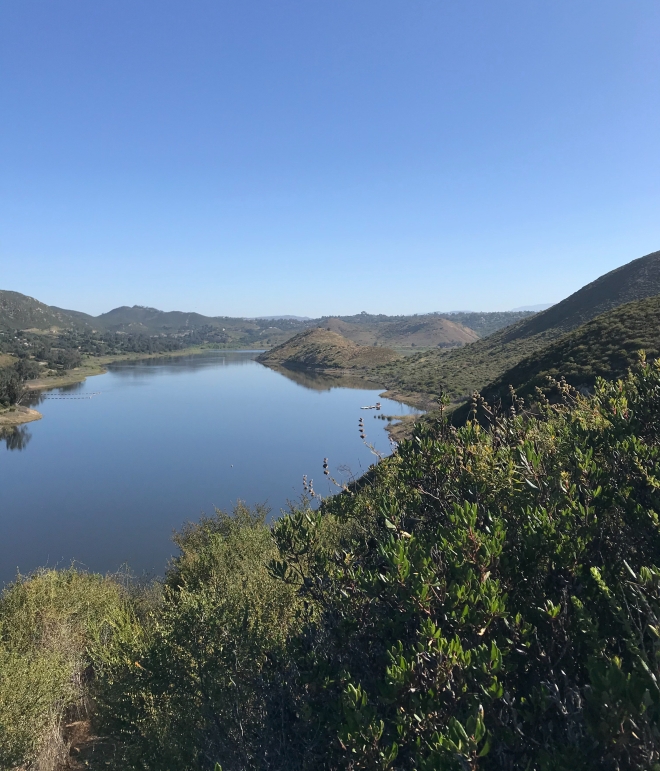 Fletcher Point is that peninsula. 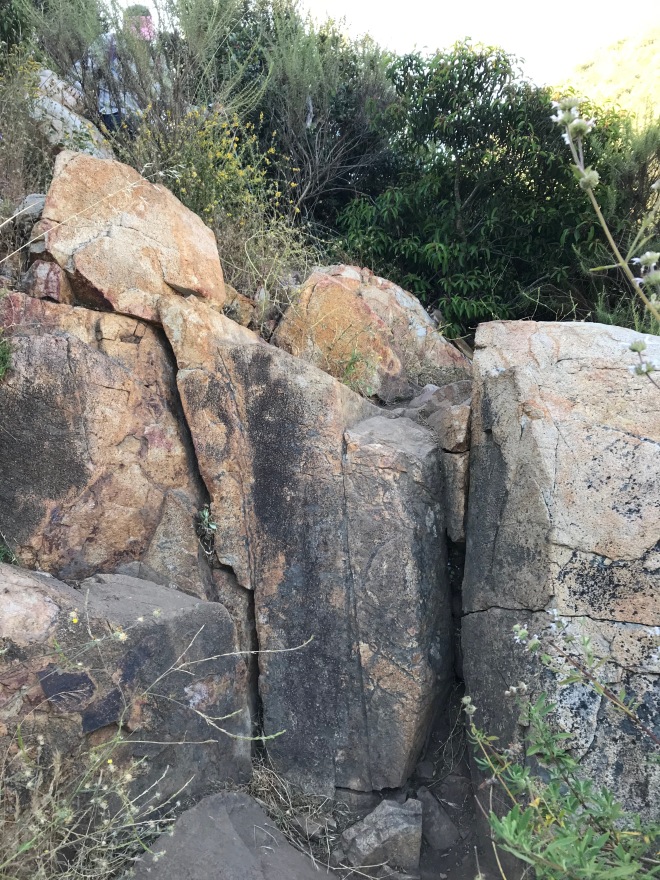 Can you see Amelia scrambling in the upper left corner? This is one of the sketchy parts. 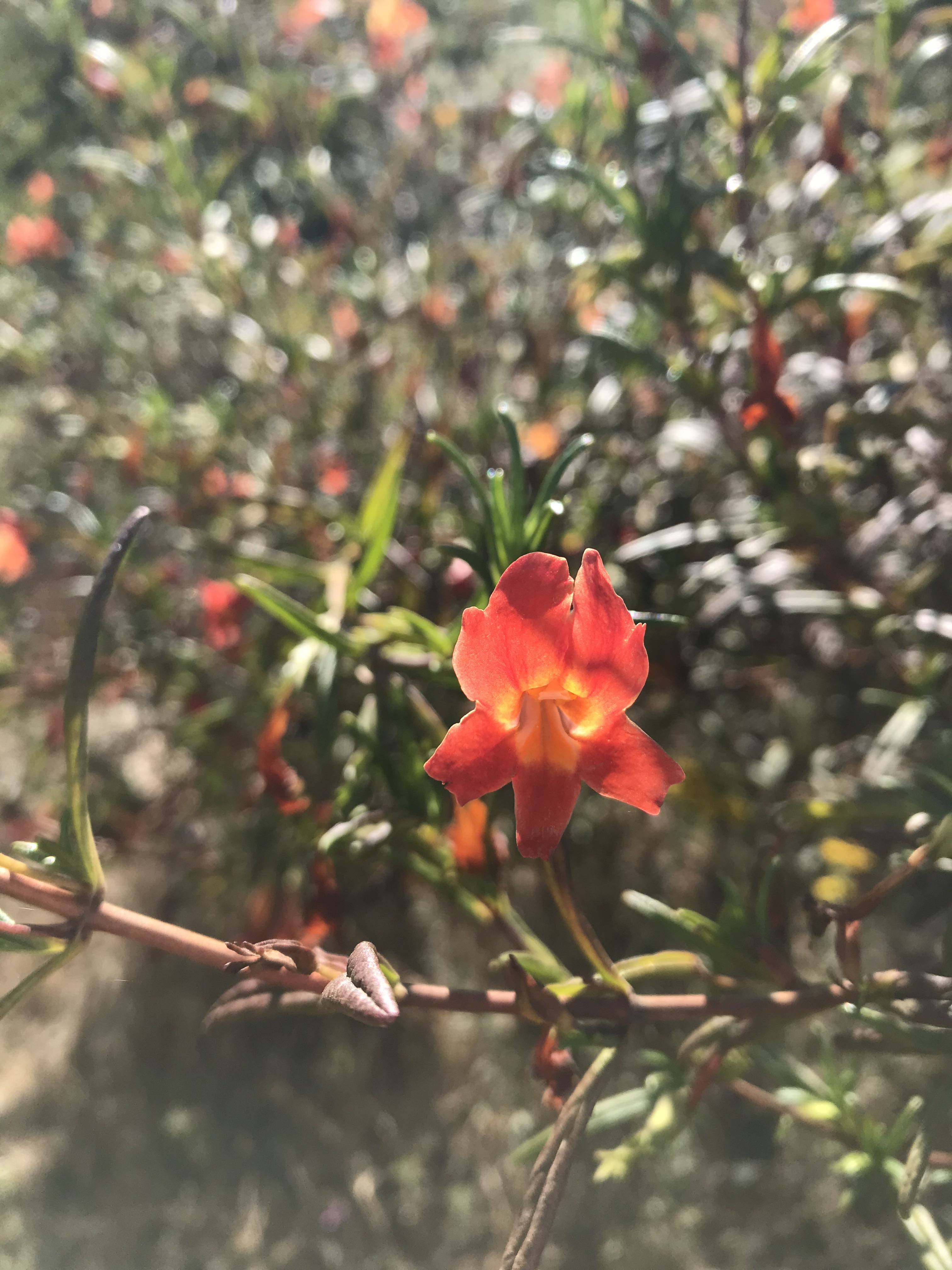 Behind the trees on that ridge is the old vacation home of the Ralphs family, as in Ralphs grocery stores. The home has been there since 1928. The Ralphs bought it in 1938. Multiple generations used it for 50 years. I have no idea if someone is currently living in it.

Bernardo Mountain in the background, one hell of a mountain bike ride. 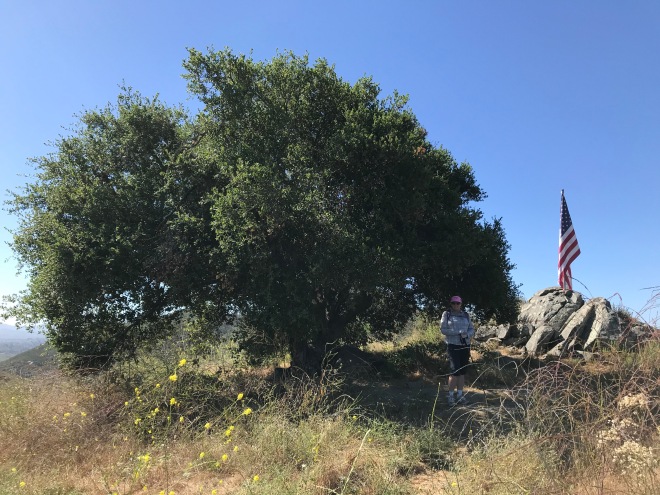 The road above the houses is Del Dios Highway. 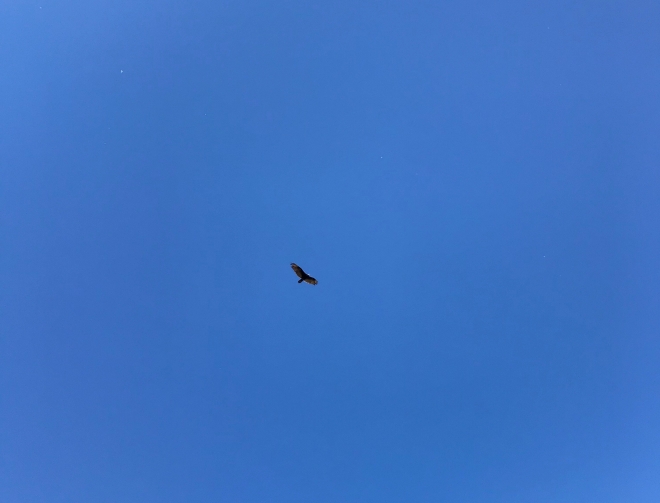 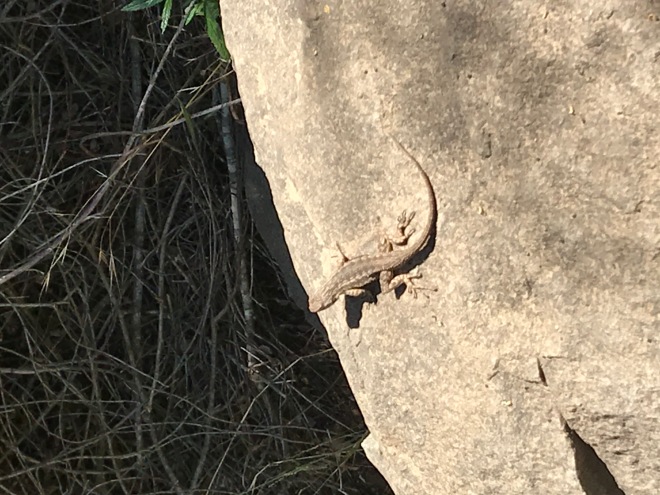 The lizards and rattlesnakes are thick out there, thankfully we didn’t see any rattlers. Trust me, we were looking. 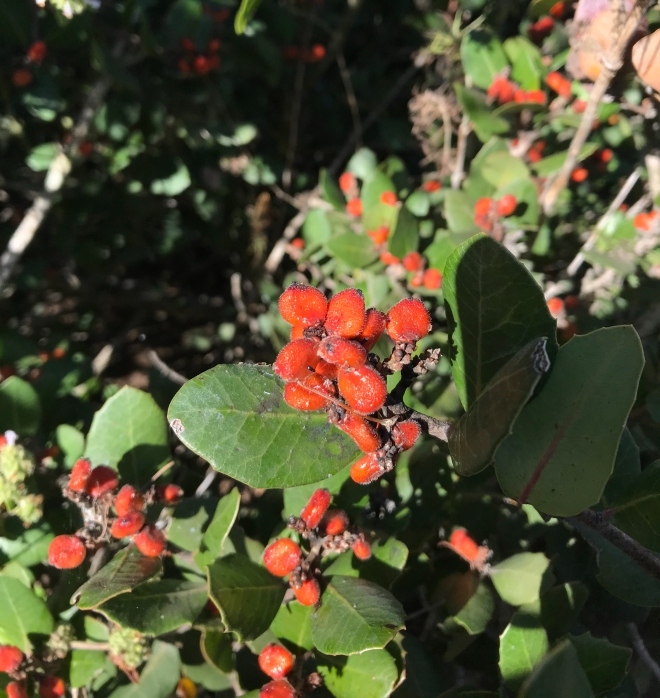 The red fruit of a Lemonade Berry plant 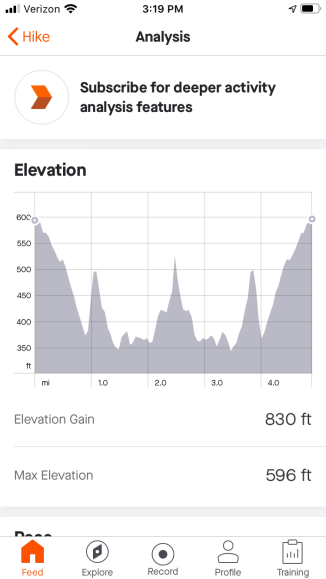