There is no one here.  Ok, there are actually three other campers, but in this vast expanse that’s no one.  Two months ago over President’s weekend this place was crawling with people. Hell, we even had one old drunk tell us, “You’re not welcome here.”  No one is saying anything this trip except Amelia, and she’s saying, “It’s too uncrowded.”  (What?)

So under the ruse of needing a new visor, we drive into town, get her a new visor, then sit in front of the coffee shop so she can chat up folks!

The downside, it was windy, too windy to pull out the awning. So windy the first night the Airstream was shaking. So windy you have to be cautious of which windows you have open. The last thing we need is to have another window shatter like what happened in Cortez.

At 3:30pm, after we had to quickly close all the windows because of super strong winds and it became stifling hot, Amelia said, “Do you want to go home?”  You know what, you can do that when you aren’t full timers and less than two hours from home!

We decided not to be wussies and toughed it out and spent the night again. We arrived home at 10am Sunday.  We should’ve went home yesterday, the weather is absolutely gorgeous in San Diego. 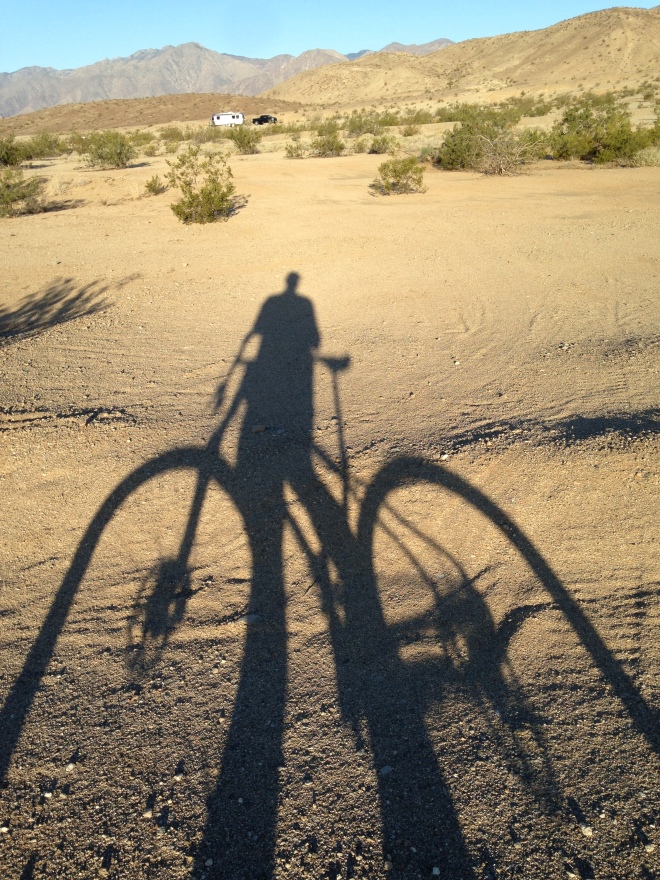 Morning with no one.  That’s our campsite in the distance with no one around. 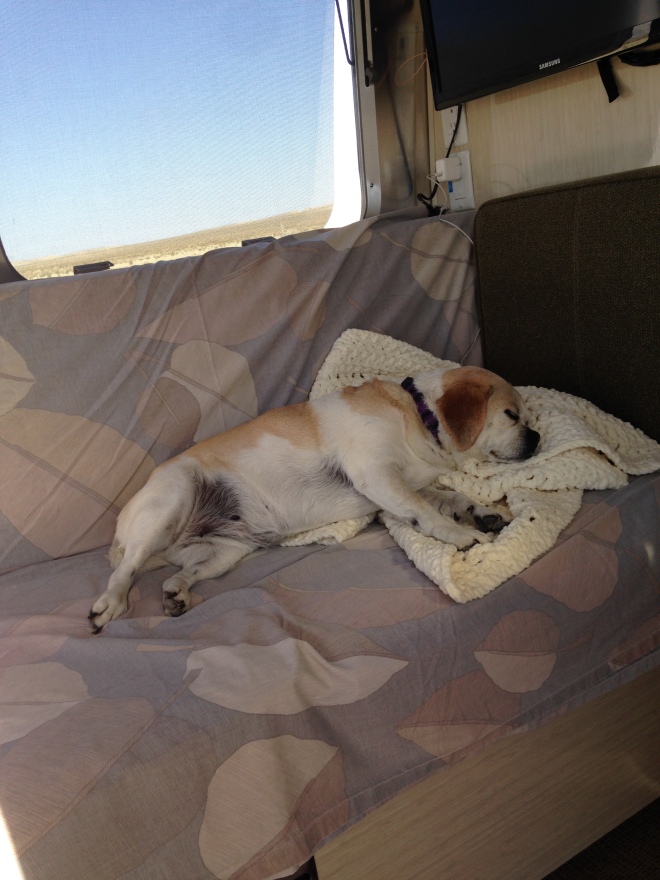 We did get a nice little hike in on Saturday morning. This interesting insect is a Desert Spider Beetle.

Up close shot of the Desert Willow.

This may or may not be called The Bench. It’s easier than one would think to get lost in the desert. 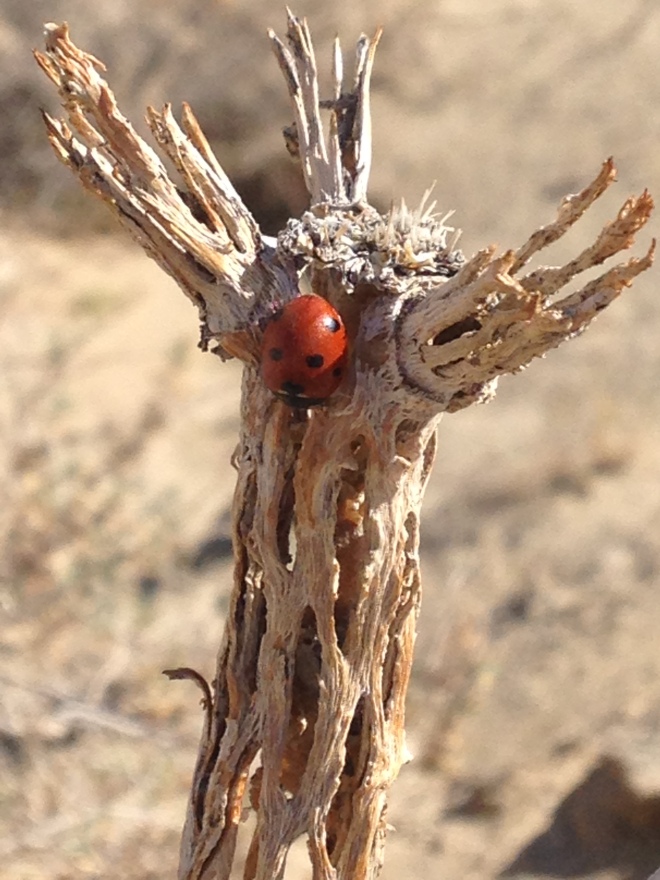 All the pics in the blog are taken with an iPhone. Isn’t that amazing?